Weeks after the election, the right is still lashing out. Are Republicans doomed to their own echo chamber? 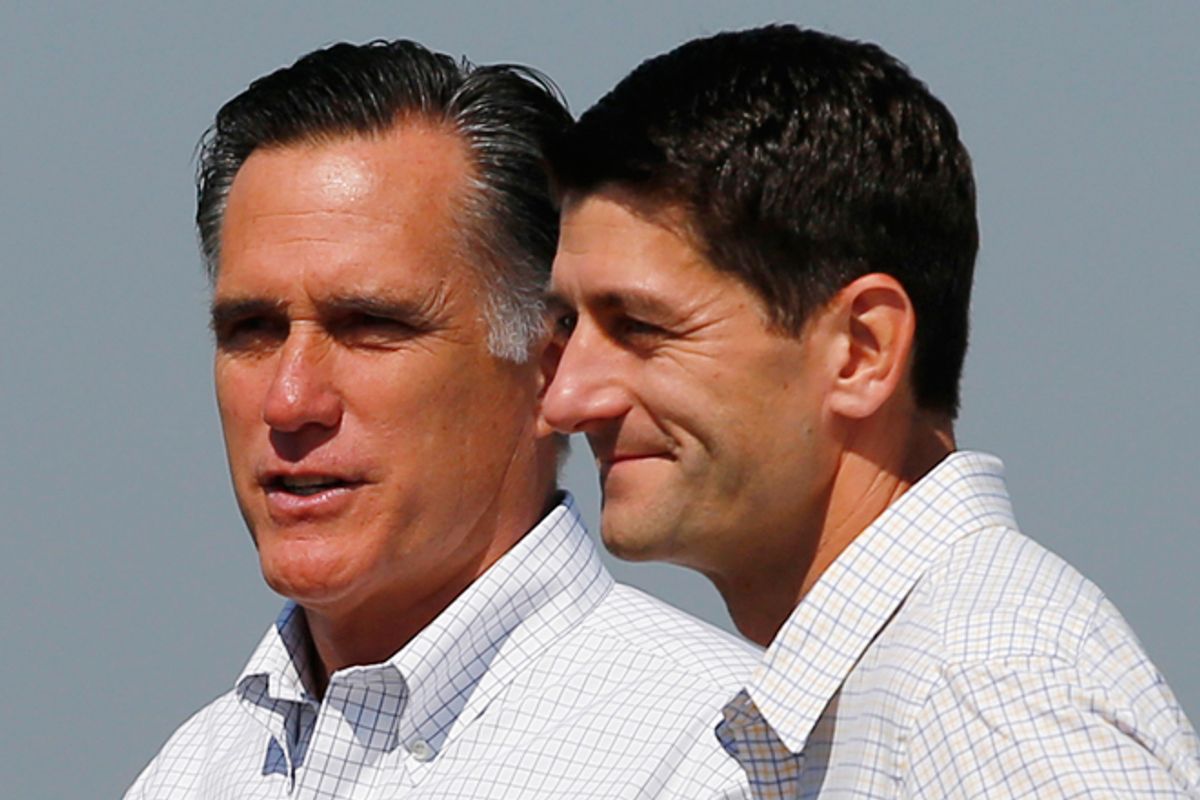 As Democrats continue to bask in the post-election schadenfreude of watching Republicans weep and gnash their teeth at losing the presidential election, the sense that conservatives are the architects of their own misery is only enhancing liberal glee. It seems the initial shock hasn’t warn off: In a conference call with his fundraising team, Mitt Romney is still blaming his loss on those freeloading Americans who wanted stuff.

Clearly, the only explanation for all this delusion is that conservative media and campaign consultants, steeped in years of confidently lying about everything from global warming to the causes of the deficit, got a little too bold about their ability to create their own realities. The only question is whether conservatives will learn their lesson and exhibit more skepticism about their self-selected news media in the future.

The answer is almost surely no, for a very good reason: Conservative credulousness is so baked into the culture of the right that it could well be considered a defining feature. This has been true for as long as movement conservatism as we know it has existed, and there’s no real reason to think conservatives are going to sharpen up about this now.

Before the election, historian Rick Perlstein published an essay examining the long history of intra-conservative con artistry in The Baffler, with a heavy focus on the way conservative publications and mail-order fundraisers exploit audience gullibility to sell people snake oil and convince them to give to “causes” that never see much, if any, of the money. Perlstein’s aim was to explain why it is that conservatives didn’t seem to mind Romney’s nonstop lying, even though his constantly changing positions made it unclear which lie he’d be backing if he ever made it to the presidency. Perlstein argued that after years of training themselves to enjoy the garbage shoveled out by their media outlets, conservatives have come to rely on lying as a kind of comfort blanket, a way to know that they are with their own people.

It’s time, in other words, to consider whether Romney’s fluidity with the truth is, in fact, a feature and not a bug: a constituent part of his appeal to conservatives. The point here is not just that he lies when he says conservative things, even if he believes something different in his heart of hearts — but that lying is what makes you sound the way a conservative is supposed to sound, in pretty much the same way that curlicuing all around the note makes you sound like a contestant on American Idol is supposed to sound.

There are post-election lessons to be learned from how movement conservatism has long housed weirder claims than run-of-the-mill climate-change denialism. Perlstein cites examples such as claiming naps cure cancer better than chemo or that grandmothers can trust their dollars are going to Bibles in Africa when they’re simply being pocketed by fundraisers. Stanley Kubrick mocked this tendency in Dr. Strangelove when a character repeats a popular '60s-era right-wing urban legend about fluoridated water being communist mind control. (This fear still haunts the right, as demonstrated by Georgia state senators convening a meeting last month to discuss Obama’s supposed communist mind-control plot.) The lesson in all this for the rest of us: Right-wingers don’t really have the same relationship to the truth that we do. They aren’t just creating their own truth for comfort but also to mark themselves as members of the tribe.

Part of the problem is the word “believe.” In many cases, "believe" can be used interchangeably with words like “know,” “understand” and “accept.” I believe that my dinner will be a burrito. I believe in the theory of evolution. But the word also stands in for ideological stances. Then there are “beliefs” that serve to align individuals with other conservatives. Believing that climate change is a hoax, that Obama is a foreign national, or that ACORN stole the 2008 election: These beliefs have more symbolic than literal meaning to those who hold them. They are to being a conservative what believing in the Virgin Birth is to being a Christian.

The mind set of reaffirming core principles in every conversation has become the dominant way of communicating in conservative circles. Some of this stems from the heavy overlap with evangelical Christianity, where evangelical-specific urban legends run rampant. Religion blogger Fred Clark used as an example of the Christian myth that Proctor & Gamble was run by Satanists, pointing out that people who share this story do so to prop up their identity as loyal evangelicals more than to make a factual observation about the world.  Liberals understand very well how conservative nonsense serves political ends — by rationalizing attacks on reproductive rights or stalling regulations aimed at reducing greenhouse emissions — but equally important is the way that bullshit plays this role in establishing that the bullshit-believer belongs to the conservative club.

The devotion to untruth serves right wing’s emotional needs as well. Movement conservatives take discomfort with the changing nation and channel it into a belief that everyone outside of the conservative tribe is out to get them. Everything else flows from that. If the real world is out to get you, reality-based knowledge — especially that mediated by perceived “liberal elites” — becomes suspect. So many urban legends in conservative circles center around the idea that the outside world is conspiring against them, such as fevered claims of “voter fraud” or Reagan-era claims of welfare cheats making three figures defrauding the taxpayer.

From characterizing everyone Not-Them as “moochers” to the persistent suspicion that Obama faked his birth certificate in an effort to take the presidency from someone who actually has a right to it, conservatives fantasize that the mostly older, white population moving further and further to the right is being oppressed by the various groups liberals have forced them to share power with. To give that up would be to completely reorder their world. As painful as it is to grasp the reality of Obama’s win, it’s safe to say they’re going to go right back to putting their faith in fantasy instead of the realities that the rest of us live in.