A master memoirist on the human-beast connection, from pampered pets and hated pests to girls and their horses 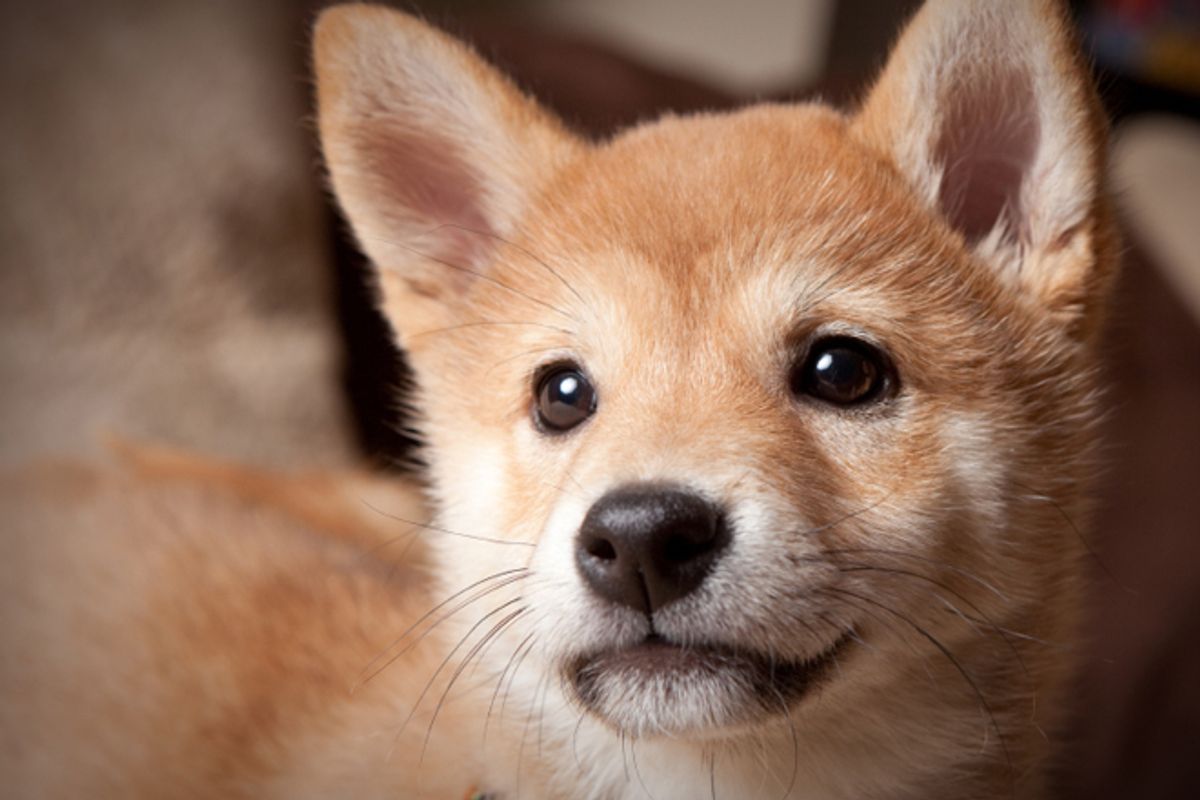 To judge by recent publishing trends, the great proliferation of authors these days can be attributed to the animals — sometimes cats, occasionally the odd duck, but mostly dogs, and badly behaved ones at that — who go around saving their lives. These rescues, alas, consist of nothing so exciting as pulling the writer from a burning building or arriving in the midst of a blizzard carrying a little wooden barrel of brandy. Instead, the wayward pooches and mischievous felines stick to figurative life-saving — in the form of teaching the author to open his heart to love again or to embrace familial responsibility or to appreciate the beauties of the imperfect.

A desire to avoid this tedious (but by no means flagging) genre might keep some readers from Lauren Slater's new book, a linked collection of autobiographical essays about the relationship between people and animals. Two signals that this one is something different: the title, "The $60,000 Dog: My Life With Animals," which (rightly) suggests that Slater will be getting at some of the more difficult and ambiguous aspects of America's pet fixation, and Slater's track record. She has published six books, all but one of them nonfiction, and in each one she excavates the prickliest roots of subjects such as anti-depressants, pregnancy, psychological experiments, mental illness and the unreliability of the memoir form itself. "Okay, girls," says a drill-sergeant-like riding instructor at a camp she attended as a girl, "Slater has one of her typical profound and provocative questions." Yes she does; she always does.

Only one of the chapters in "The $60,000 Dog" is about a dog, and as you might conclude, it considers the growing amounts of money affluent Americans invest in their pets (specifically in their medical care) and whether it's "worth it." Is preserving a beloved dog from pain more important than sending your daughter to summer camp? Slater and her husband disagree on that, but this is far from the most discomfiting quandary she explores in the essay. How can we countenance spending a fortune on care for animals when so many afflicted human beings are cut loose to fend for themselves? How is it that we determine the relative value of human and animal lives?

But while that essay may be the most provocative in this book, it is by no means the most profound. In each chapter, Slater considers a stage of her own life in which the natural world intervened. Without belaboring her point, yet without undue mystification, the two elements illuminate each other. As a girl, both electrified and terrified in a home life dominated by her mentally ill mother's abuse, she seizes upon a new bicycle. It provides the means of escape from the excessively tidy "Golden Ghetto," the Jewish suburb where her family lives, into the countryside. The fields and woods offered Slater "a place where my mother's sadness did not suffuse even the smallest things — so that whatever you saw or touched or tasted had her in it, to such a point that it seemed like the whole world was a woman with her name on it."

In the woods, Slater finds an abandoned bird's egg, and the task of setting this treasure up with a nest and heat lamp leads to a rare interlude of mother-daughter concord. At the same time, the animal world, for all its occasional brutality, abides by a certain, predictable order; mothers, for example, will care for their children. "Animals can attack you," thinks the young Slater, singled out as somehow "wrong" by her disintegrating mother, "but they will never, ever revile you. Only humans do that." By the end of the chapter, that egg and its fate become emblems of her relationship to her mother, with piercing results.

In a later chapter, the 13-year-old Slater finds herself installed in a warm and welcoming foster family. The easy-going opposite of her own clan, they live in a big old house that is so ramshackle that assorted animals have taken up residence in its walls. She carves a hole in the plaster beside her bed, and one night there comes popping through it, "a pointed nose ... leathery but wet, two dark dots for nostrils and then a tiny tongue." The creature that nose belongs to, a juvenile raccoon, imprints on Slater, and for a season, girl and beast are inseparable. But raccoons are indelibly wild, and their partnership cannot last. This becomes the occasion for a mediation on the world's tamable species (which are surprisingly few) and the essence of wildness. Just as Amelia the raccoon can never truly belong with Lauren, the girl can never truly belong with the foster family; it is in her own nature to miss "that high-stakes, home-grown fright."

A Slater essay will always finish in some kind of resolution. But as the example above indicates, it's rarely the tidy, heartwarming sort of coda that the personal essay, in its currently highly conventionalized form, typically leads up to. Perhaps the most impressive piece in this book, "Sugaring the Bit," describes the summer Slater spent at a small family horse camp where the riding lessons were taught by Rose, the gruff instructor mentioned above. This is the best exploration I've ever read of the connection between young girls and horses, a bond too often interpreted with a reductive and blinkered Freudianism by male "experts." Rose, a stormy daughter herself, is locked in fierce battle with her own mother, the manager of the camp. She becomes an object of both admiration and fear for the girls. The riddle that haunts this chapter is whether horses, like girls, must be cruelly broken in order to fit in their ordained place in the world.

Because Slater is willing to take the personal essay to unsettling places and because she is a writer of uncommon, bracing eloquence, the beauty of her work can sometimes blindside her reader. But its precisely this wallop that makes her perpetually worth reading. In an itchy chapter about how a wasp infestation in her new house triggered long-dormant phobias, the author ends by being shocked into sympathy at the sight of an insect she has just crunched under her heel. She carries it out of the house in a jar, and watches it die, her revulsion shifting into identification by the red color of its blood: "See how he slows as his wounds widen and the red keeps running out of him? It's not a sadness that we share but some life force, some filament that flows through him and me both, joined, jointed by a fierce need to triumph even though we won't, we can't. I see myself in his struggles and, moments later when the wasp dies, I no longer see myself as I am but as I one day will be."