The pro-Israel U.S.-based organization makes a weak intervention into the Gaza cyber-conflict 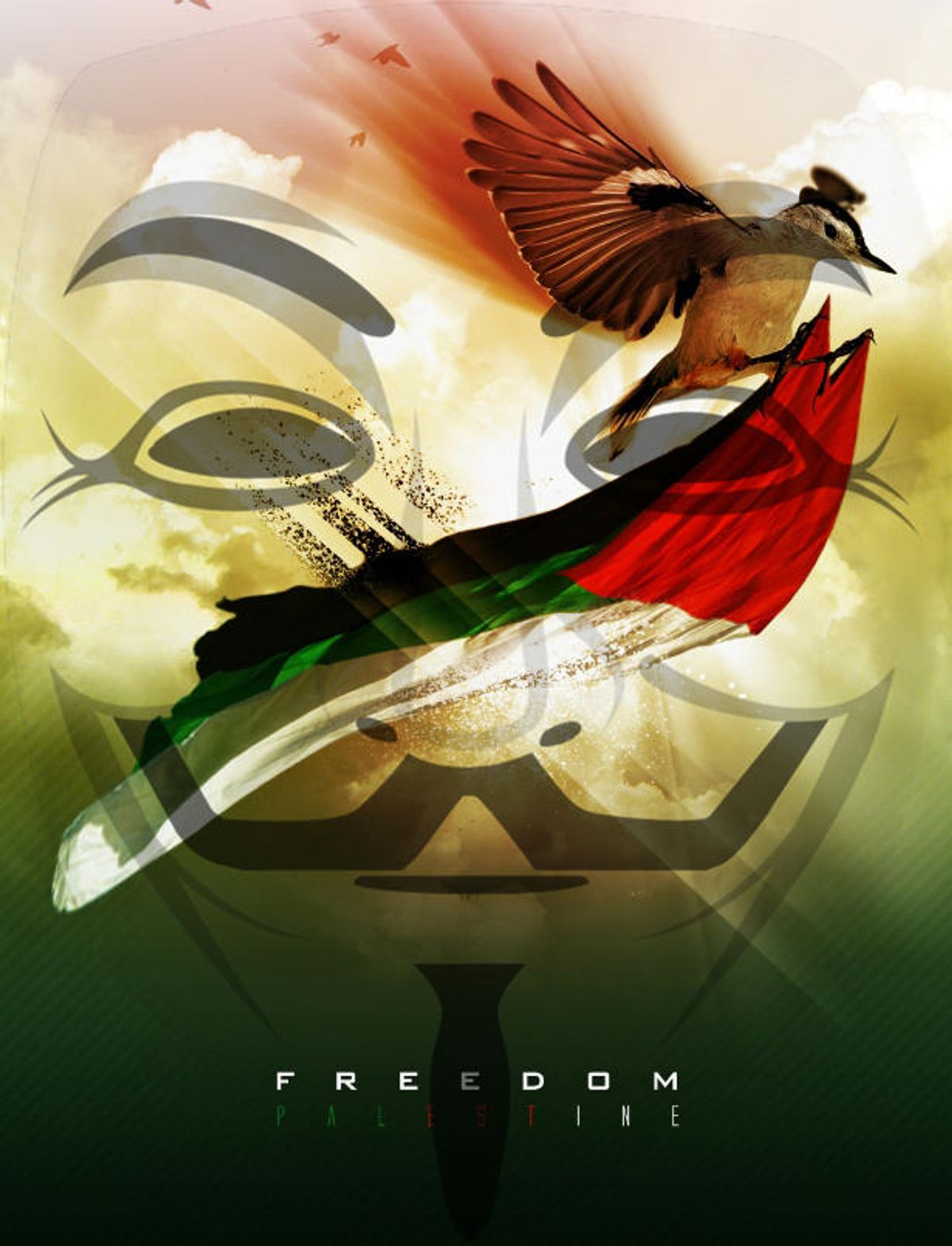 Anonymous posts a "Free Palestine" image on Twitter (via @YourAnonNews)
--

Pro-Israel, U.S.-based organization Christians United for Israel is seeking to ban Hamas from Twitter. Haaretz noted in its liveblog that, in a letter to the micro-blogging site, the group writes: "By allowing Hamas to have a Twitter account, you are providing it with an important 'service' and extremely effective 'communications equipment' which are central to its primary mission of terrorizing the Israeli people and using civilian deaths to score political points."

Salon's Alex Halperin wrote last week that the exposition of the current Gaza crisis over social media has been chilling. The IDF have used their Twitter account to send threats to Hamas and Gaza residents, while Hamas accounts have listed rocket attacks aimed at Israel.

As far as cyber-interventions go, however, Christians United's efforts pale in comparison to those of hacker collective Anonymous and its #OpIsrael project. Launched last week, Anonymous hackers around the world have since carried out 44 million cyber-attacks against the Israeli government in retaliation for the aerial bombardment of Gaza. "They've knocked down websites, deleted databases and have leaked e-mail addresses and passwords. It's a whopping takedown," reported Gizmodo of #OpIsrael.