Ron Paul is cool with secession 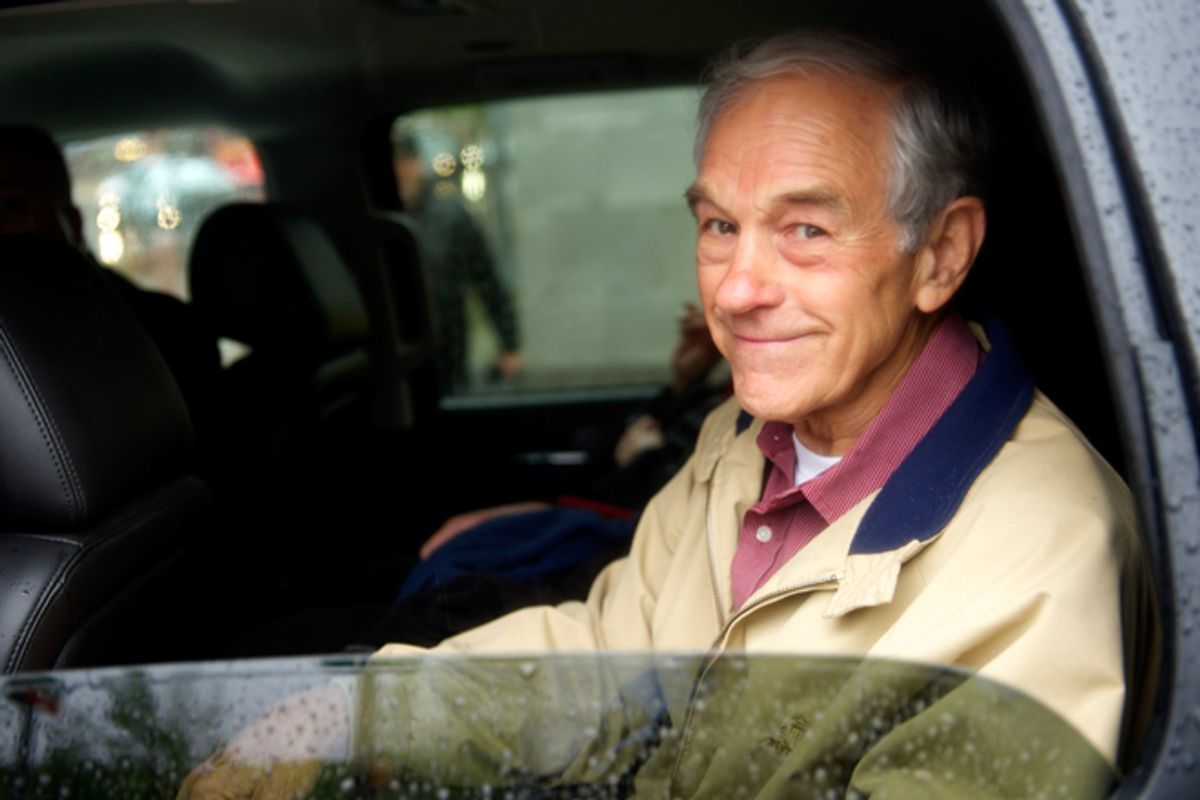 Texas Rep. Ron Paul, who is leaving Congress this year after a failed presidential bid and passing the pseudo-libertarian torch to his senator son, defended the post-Obama reelection secession boomlet today in his weekly newsletter to supporters.

After the election, a number of petitions emerged promoting the idea of red states fleeing Obama's America, something that we thought went out of fashion in the 1860s. Pro-secession petitions hosted on the White House website that allows citizens to start letter-signing campaigns garnered almost 700,000 signatures from all 50 states. Soon, white nationalists, neo-Nazis and Ku Klux Klan sympathizers cast their lot with disgruntled conservatives.

Most political leaders dismissed the calls for secession, including Texas Gov. Rick Perry, who had dipped his own toe in the secessionist waters in the past. But not Paul, ever the iconoclast, who used his farewell bid to Congress last week to call his colleagues "psychopathic." Here's what he said in his weekly newsletter and audio update to supporters:

Is all the recent talk of secession mere sour grapes over the election or perhaps something deeper? ... Secession is a deeply American principle. This country was born through secession. Some thought it was treasonous to secede from England, but those “traitors” became our country’s greatest patriots. [...]

If the possibility of secession is completely off the table there is nothing to stop the federal government from continuing to encroach on our liberties, and no recourse for those who are sick and tired of it. ... And if people or states are not free to leave the United States as a last resort, can they really think of themselves as free? If a people cannot secede from an oppressive government they cannot truly be considered free.

This isn't the first time Paul has voiced his support for secession. When Perry suggested Texas had a right to leave the U.S. in 2009, Paul defended him, calling secession a "legitimate issue."