As an aspiring novelist, I asked the famous autodidact if his work was inspired by Philip K. Dick. Bad idea 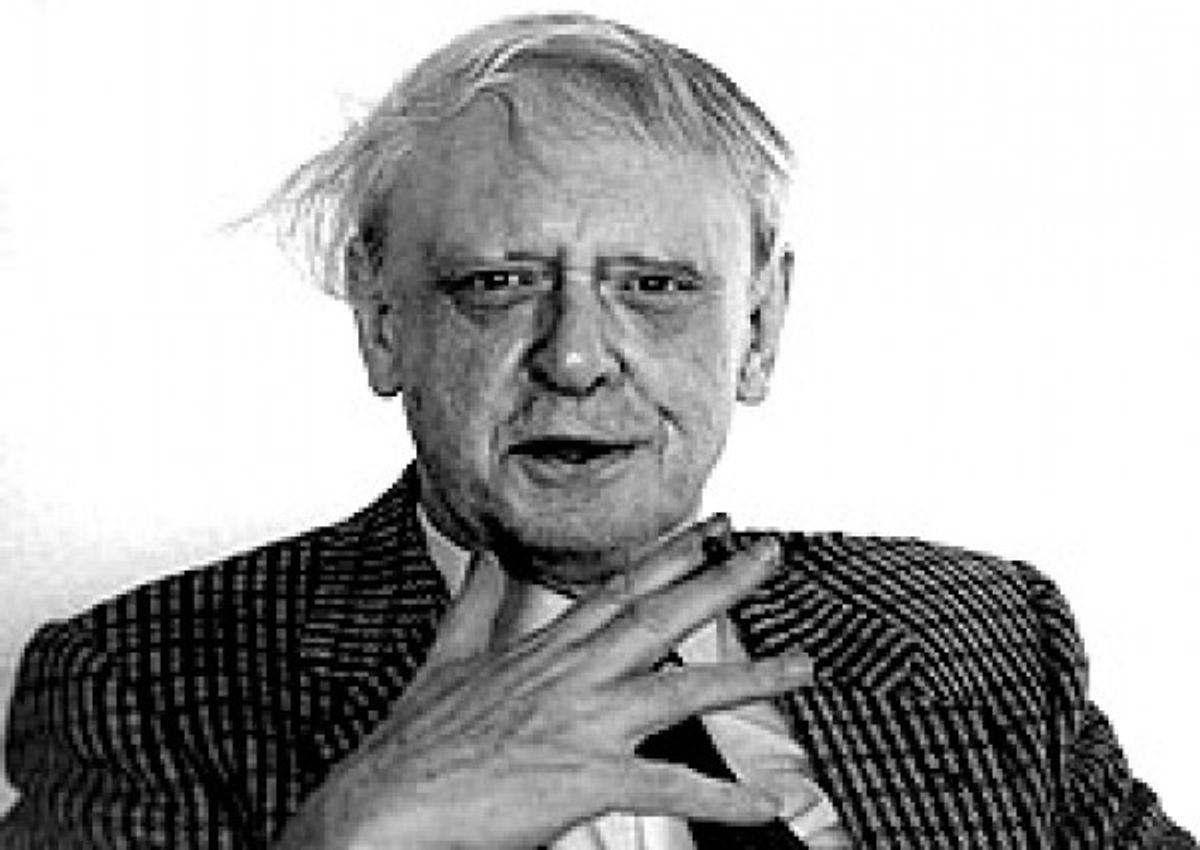 THIS WAS 1985 — not the Anthony Burgess novel, the year (Anthony Burgess wrote so many books you might have to make that specification about a number of words or phrases — “On going to bed, I read ninety-nine novels — no, I mean I really did go to bed and read ninety-nine novels!”). I was dropping out of college and had begun a novel and returned to New York. A bookstore in Manhattan announced a rare reading and signing by Anthony Burgess, a primary hero of mine at the time, for his autodidact’s erudition and braggadocio, and for how he’d gentrified a number of outre genres just by picking them up and mingling them with his erudition and braggadocio. I grabbed a couple of first editions — an unseemly three first editions, actually — and stuffed them in a sack and took the subway uptown. I was hours early, completely certain the event would be standing-room-only. Well, it was eventually, but I was still early. I camped out on a folding chair, front row center. The room filled and eventually the great man was introduced. I don’t think he read anything. He pontificated, chain-smoked and wheezed, retailed anecdotes, was charming and spellbinding and ghastly. Soon the chance came for questions from the audience. There I was, front row center, my hand in the air, and as if claiming the privilege of my having arrived three hours early, I was called on first. With great posturing of my own I set up my question, a painfully obvious one: “You recently published a list of the 99 best novels in English in the last century; which of your own would you select to round out the hundred?” It was painfully obvious he’d been asked before and painfully obvious how he’d rehearsed the mock-casual, mock-surprised response. “Well, to be quite honest I hadn’t thought I was leaving room for one of my own, humph humph, that wasn’t my intention, but I suppose it is reasonable to expect an author to have a favorite among one’s own works, hack hack, I’m sure many people will expect me to say Earthly Powers, which has been received as a sort of ‘chef-d’oeuvre’ in many quarters, hem hem, but in truth the book of which I’m fondest, hurr hurr, very likely for private reasons of my own yet it is my vanity to think that among my novels it is the likeliest to endure, heh heh, and certainly no one here will have heard of it, it was given a very negligible treatment either here or in Great Britain, a novel with the odd title ‘MF’…”

Burgess may have been about to continue, or not, but in any event he was halted in his progress by the rustling at my feet — at his feet, nearly. For I was seated, just as I’ve said, front row center, and the riser on which his chair was placed put him only a foot or so above me. Out of my knapsack came the American first edition of MF, which I’d brought for him to sign, and now brandished happily for anyone who wished to see it, and to see how I’d punctured his anecdote.

At the signing line, after his talk, I presented the book to him again, along with copies of The Wanting Seed and A Tremor of Intent, for his signatures. “You’re the hic hic young man with the book, very good, very good…”

I requested that he sign A Tremor of Intent to my friend Eliot, and then asked my second question. The Wanting Seed, my favorite of his novels – could it, possibly, by any chance, have been influenced by the writing of Philip K. Dick? (I now know that Burgess’s novel was written well before any of Dick’s major novels had appeared; the question was foolish.)

But he knew who I was talking about.