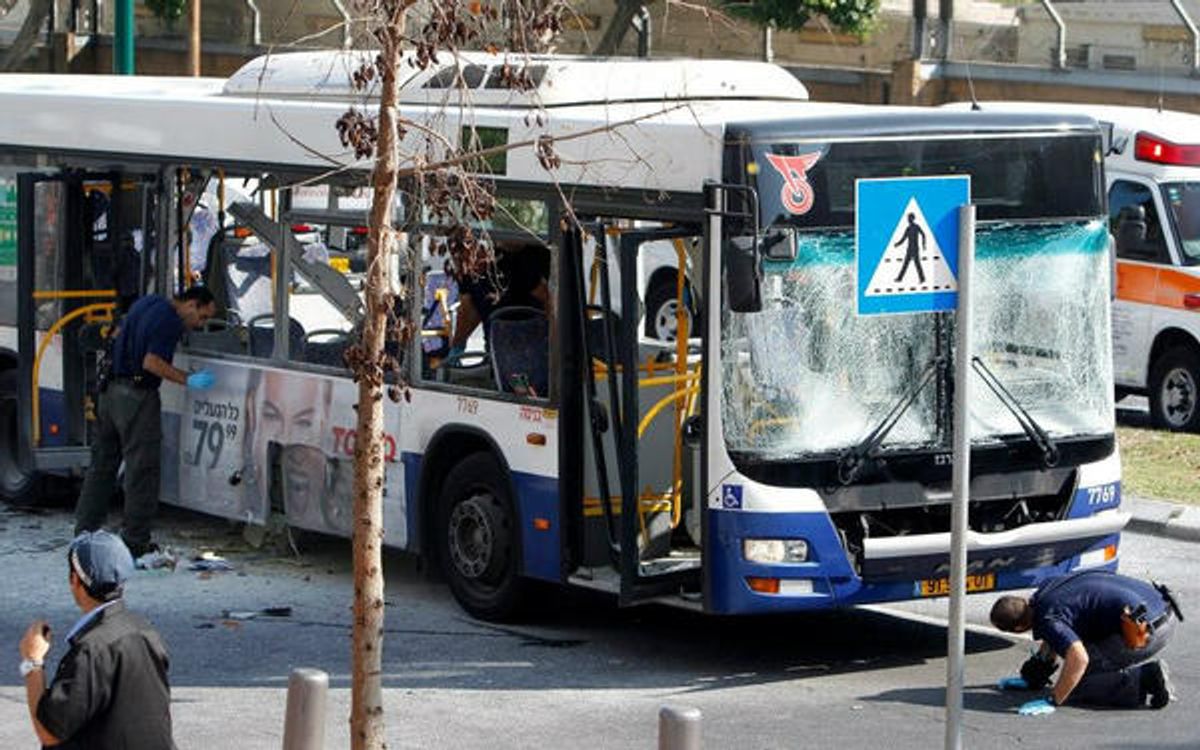 A bomb blast on a Tel Aviv bus has wounded at least 10 people and complicated efforts to negotiate a truce between Israel and Gaza's Hamas rulers.

The bus exploded at around noon Wednesday near military headquarters in central Tel Aviv, the Israeli commercial capital.

Israeli officials called it a terrorist attack, and said police have set up roadblocks in the area to find the person who planted the explosive device, Reuters reported.

"We strongly believe that this was a terror attack," police spokesman Micky Rosenfeld told the Associated Press.

The AP said that in Gaza, the bus bombing was praised from mosque loudspeakers.

US Secretary of State Hillary Rodham Clinton is in the region, working to help broker a deal to end the violence after eight days of Israeli air strikes and Hamas rocket attacks.

Clinton arrived in Cairo hours after the bus bombing, where she is due to meet with Egypt's President Mohammed Morsi and work on a possible truce.

More than 130 Palestinians and five Israelis have died in the conflict, the BBC said.