Iowa's GOP governor: Let's get rid of the straw poll

Terry Branstad says the poll has "outlived its usefulness" 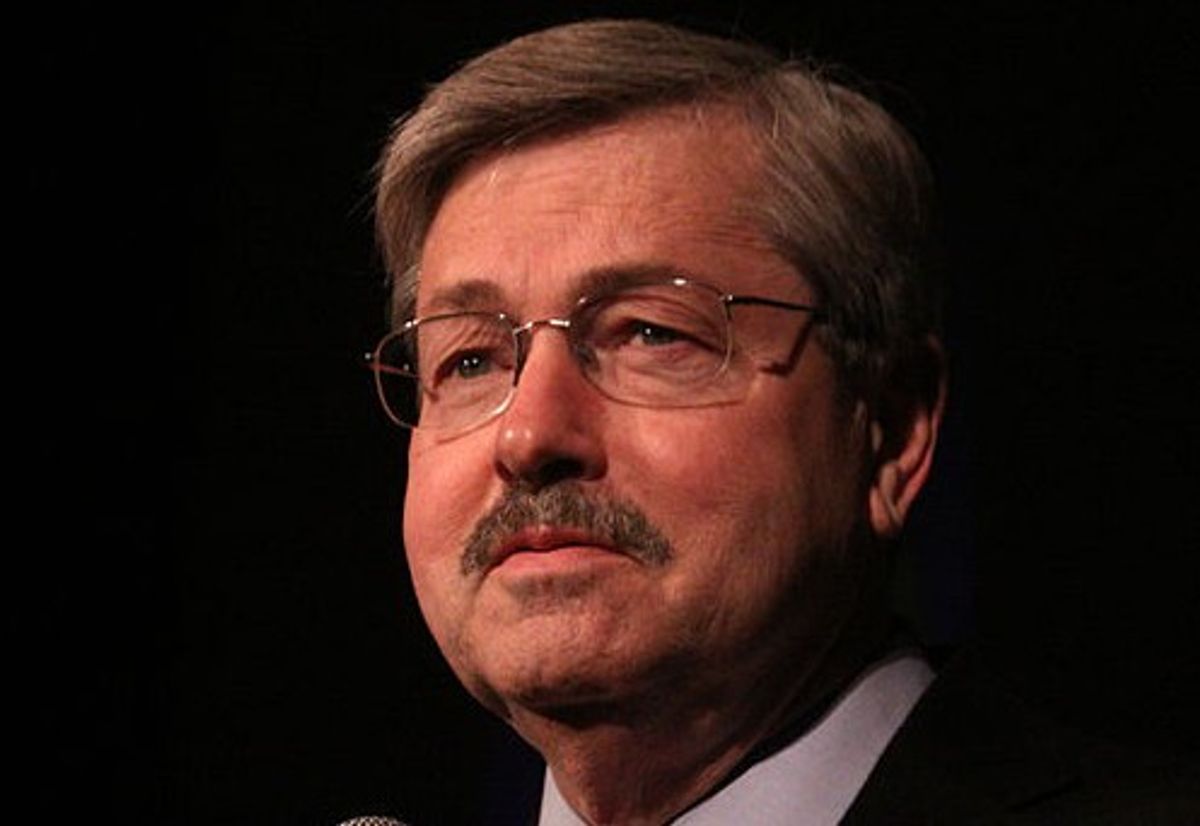 Iowa Gov. Terry Branstad, a Republican, said that his state should get rid of the Ames straw poll, which in 2011 showed Michele Bachmann as the favorite primary candidate - just before her campaign imploded.

“I think the straw poll has outlived its usefulness,” Branstad said of poll, which is 33 years-old and has traditionally been used as a dress rehearsal for the Iowa caucuses. “It has been a great fundraiser for the party but I think its days are over.”

The Wall Street Journal points out that even Bachmann aside, the poll has only correctly predicted the winner of the caucuses twice: Bob Dole in 1995 and George W. Bush in 1999, though only Bush went on to win the election.

“You saw what happened the last time,” Branstad said. “I don’t think candidates will spend the time or money to participate in a straw poll if they don’t see any real benefit coming out of it.”