It may shy away from the King of Pop's dark side, but this doc fascinates with glimpses into MJ's artistic process 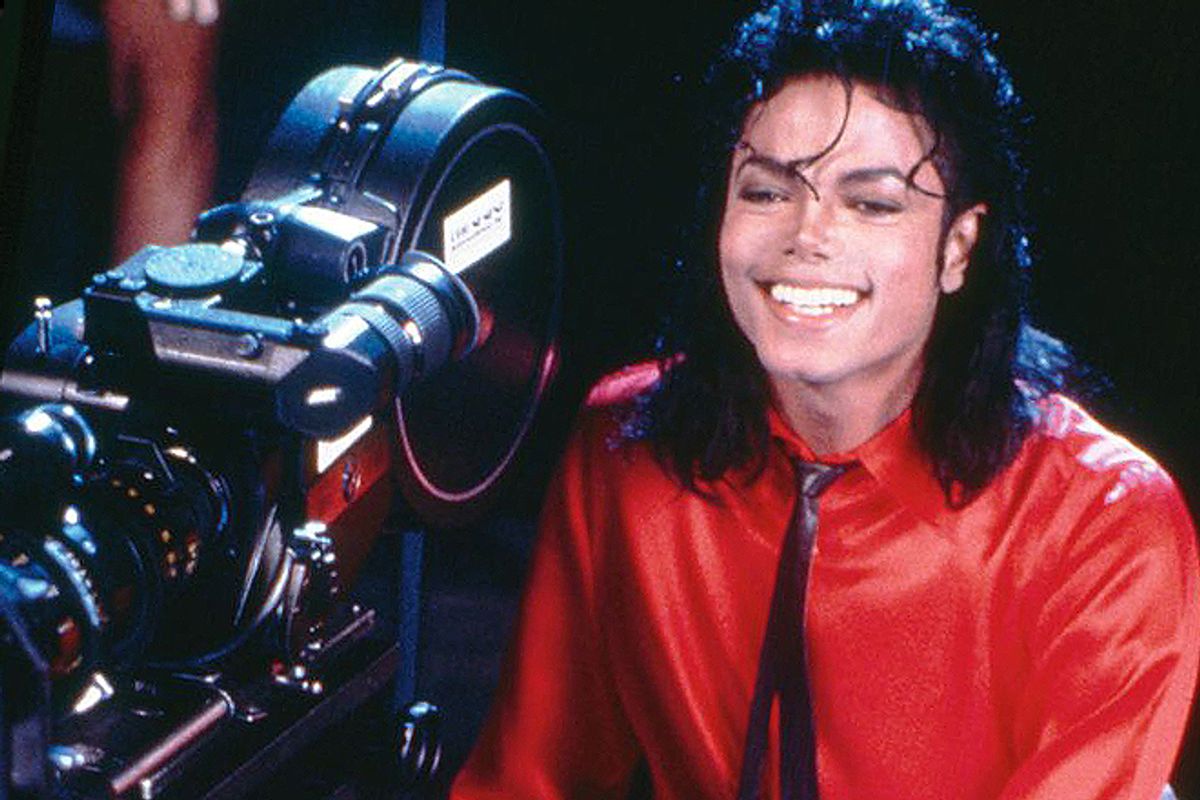 How does anyone, even Michael Jackson, follow up “Thriller,” the world’s greatest-selling album of all time? That’s the question that drives Spike Lee’s celebratory doc “Bad25,” airing on ABC Thanksgiving night. After “Thriller,” a lesser artist would have thrown down his mic and declared “game over.” But for all of his public soft-spoken charm and shy demeanor, Michael Jackson had incredible chutzpah. Few around him truly believed that lightning could strike twice. That never deterred the little boy who had sung and danced his way out of working-class Gary, Ind. — he didn't just set out to create another “Thriller"; he planned to top it.

Creatively, MJ took even greater control with “Bad,” writing all but two of its 11 singles. He was also largely responsible for the creative direction of the album’s visually arresting videos — short films, really. His reward: “Bad” became the first album in history to land five consecutive No. 1 pop singles. “This Is It,” the docu-concert rehearsal film glimpsing into what MJ’s comeback tour may have been, showed MJ as an aging master reminding his audience of his greatness. “Bad25” revels in MJ’s solidification of the throne at a time when his talent was still relatively innocent and raw.

“Michael didn’t have limits. Michael thought bigger than anyone” says Joe Vogel, author of “Man in the Music: The Creative Life and Work of Michael Jackson.” Not being No. 1 was not an option for him. He would actually call former CBS Records president Walter Yetnikoff during “Thriller” and “Bad” complaining, “My record is not No. 1. My record is not No. 1. What are we going to do?” Michael did everything he could to achieve his goals from his end. “It’s so much work," he said of "Bad." "A lot of people they’re used to, um, just seeing the outcome of work. They never see the side of the work you go through to produce the outcome."

“Bad25” highlights MJ’s collaborations with Martin Scorsese, who dishes on the making of the “Bad” video (which features Wesley Snipes in his breakout role as the thug). “We had a meeting with Quincy and with Michael, in Los Angeles, and I found they were wide open to ideas. No one really had ideas about what kind of story we could make up or what kind of issue we could deal with,” said Scorsese while he working on the video. In a more recent interview, Scorsese recalls that when filming got underway in the Harlem neighborhood they selected,  Michael took him aside and asked, “Do people live here?”

Choreographer/singer Jeffrey Daniel, who appears throughout the doc, provides a fascinating breakdown of MJ’s mind-blowing dance moves. Daniel, a former member of Shalamar, was a key collaborator of MJ’s, largely responsible for introducing the latest street and club moves to the Moonwalking marvel's dance repertoire. “The thing about it is," Daniel says, "Michael can’t go out to clubs and hang out because he’s Michael Jackson, so, through me, he was picking up what was happening in the hood and I’m taking it over to his gallery over at the Jackson house on Hayvenhurst." The archival footage of the choreographers and dancers who created dance routines with Michael — like Daniel and choreographer Jeff Burge, who worked on “Bad” and passed away in 1998 at the age 40 — could easily compose an outstanding documentary of its own.

We never see a present-day Quincy Jones in “Bad25” but his voice and insight are ever-present. “We wanted a tough album," he says, "Well, a tough image anyway." The album would be the last the two would work on together. Other musicians on the album also attest to Jones’ contribution even while highlighting MJ’s genius. Steve Stevens, Billy Idol’s highly regarded guitarist, not only shares what Michael Jackson taught him while recording “Dirty Diana” but also speaks of the initial call Jones made to him about working with MJ. We also meet Jones protégé Siedah Garrett, who co-wrote “Man in the Mirror” and sang “I Just Can’t Stop Loving You” — she is quite dramatic in her recollections of working with both Jones and Michael Jackson on “Bad.” Here she reminisces about conversations and studio sessions like a skilled actress, occasionally breaking into song.

MJ-influenced artists like Mariah Carey, Kanye West, Chris Brown, Cee Lo Green and Questlove also chime in on “Bad25” to share their insights on “Bad.” They all attest to MJ’s impact beyond “Thriller”; Kanye says  the fashion elements of the “Bad” video (especially its ubiquitous hoodies) are far more influential than those in “Thriller.” "I’m like almost dressed like that today,” Kanye says.

“Bad25” doesn’t specifically address how “We Are the World” impacted Michael Jackson creatively but it’s clear that “Bad” is a more socially conscious product than “Thriller.” Bullying” is the theme of the “Bad” video. Skid row is the centerpiece of the video for the largely flirtatious “The Way You Make Me Feel.” In “Leave Me Alone,” a visually stunning video that imaginatively uses animation techniques, MJ aggressively takes on the media’s relentless coverage of the quirkier elements of his life, proclaiming that he and other public figures are indeed entitled to personal privacy. Of course, “Man in the Mirror,” perhaps his most enduring single, evokes the urgent need for personal accountability and action in transforming the world in which we all live. With “Bad,” Michael Jackson infused his humanitarian values with his art and helped make caring cool. One might even argue he held open the floodgate for today’s many celebrity do-gooders.

Well-known music journalists Nelson George, a former black music editor for Billboard, and Danyel Smith, Vibe's one-time editor in chief,  speak to the “blackness” inherent in Michael Jackson’s music. Sheryl Crow, a background singer on the “Bad” world tour, is quite affecting in her present-day and archival appearances, especially when describing what distinguished him from other artists. “Whenever he stepped out and sang, whenever he made that connection with people, he changed the molecules in the room,” she marvels. “Smooth Criminal” director Colin Chilvers, along with its co-choreographer Vincent Paterson, drop many gems about the video’s influences and execution. Longtime MJ musical collaborator Greg Phillinganes, who even worked with the Jacksons,” is a music lovers’ treasure trove in regards to how certain grooves were created for “Bad.” For his part, “X-Factor” judge L.A. Reid swears that “something took place in those sessions that technically sounds better than any records ever made. To this day.”

Those familiar with the laws of attraction will recognize the King of Pop’s investment in them and the power of visualization largely presented by his longtime bodyguard and confidant Miko Brando, Marlon Brando’s son. With “Bad,” one could argue Michael Jackson literally willed its success into existence. Very few believed that he could create an album half as spectacular as “Thriller,” including those close to him like his attorney John Branca. Ultimately, “Bad” didn’t top “Thriller,” but there’s nothing shabby about selling 30 to 45 million albums to date.

Spike Lee doesn't dig into Michael Jackson's innumerable issues, but that’s not the intention of "Bad25." This is a celebratory joint, one that revels in the quarter-century milestone of a classic album and a brilliant artist, the joy darkened only by the grief in knowing that MJ is no longer with us. Watching “Bad 25” is a great reminder of how thankful we should be that MJ moonwalked among us.

Ronda Racha Penrice, author of "African American History For Dummies," has tackled issues of race, culture and television for over a decade. Feel free to engage her on Twitter, @rondaracha.