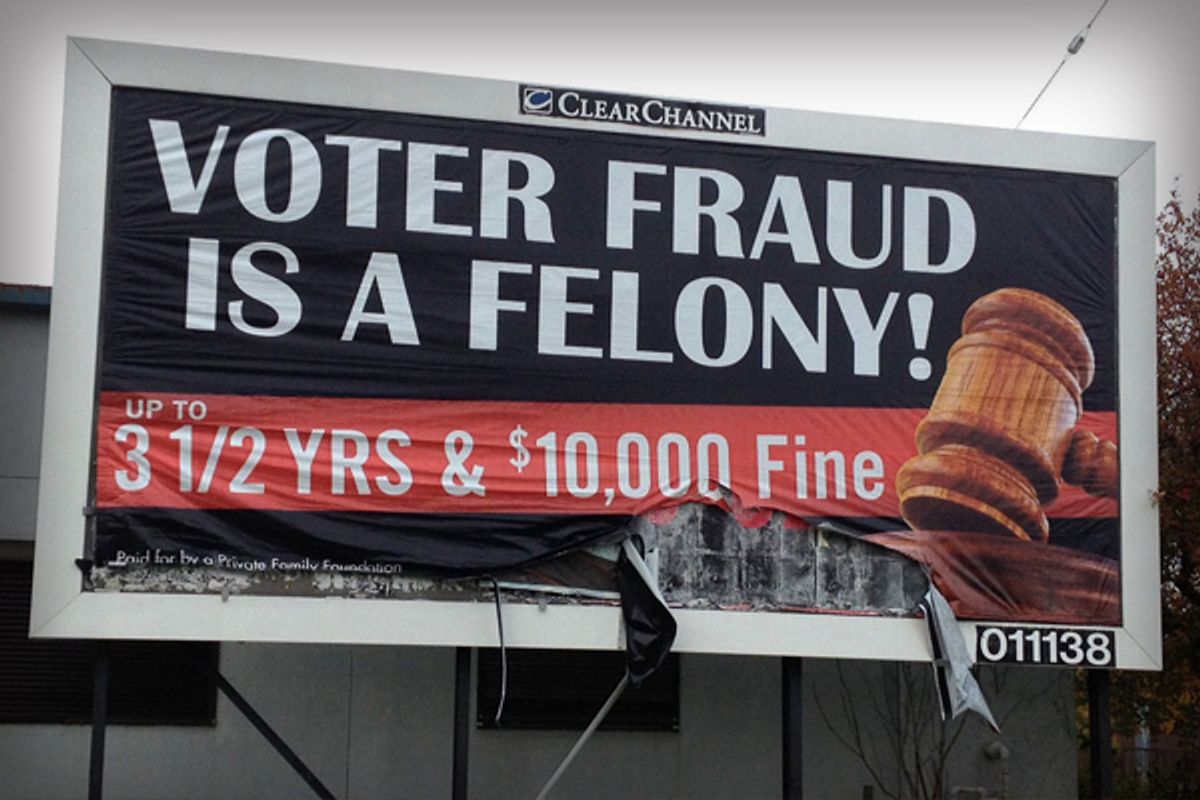 Still not convinced that Barack Obama won this month's election fair and square? Then Dean Chambers, the conservative blogger behind the infamous UnskewedPolls.com, has a new site for you with a wonderfully punny URL: BarackOFraudo.com. The site displays an electoral map with three key states -- Florida, Ohio and Virginia -- blacked out. Why black? Those three states, with 80 electoral votes between them, represent "Obama fraud" and are enough to sway the election, according to the site.

So far, the site doesn't explain the evidence that voter fraud swung the election in these three states, but does offer a Henry David Thoreau quote: "Some circumstantial evidence is very strong, as when you find a trout in the milk." "Evidence of vote fraud is very much like that. Those who engage in it are slick and do all they can to hide it, so the evidence is often quite circumstantial," Chambers writes on the site.

He did explain his evidence to Slate's Dave Weigel, however, who was not impressed. "I'm only putting good credible information on there, like the actual vote counts, reports, and mainstream publications reporting voter fraud. There's a lot of chatter, though. There are articles people have sent me that don't hold up. Crazy stuff," Chambers said.

Still, his "credible information" is a bit lacking. There's the 57 precincts in Philadelphia where Romney didn't get a single vote (not that uncommon), precincts that went 99 percent for Obama in Cleveland (there are 99 percent GOP precincts too), and the fact that Virginia was called late in the night for Obama (happens all the time in the state).

But still, the myth lives on and Chambers is hardly alone. While Obama's margin of victory was big  enough to convince most mainstream conservative pundits it was legit, it's not hard to find conservatives still crowing about voter fraud. "Was the Presidential election stolen? We will probably never know, particularly since the current administration has no incentive to investigate potential wrong doing," Frank Kacer wrote in yesterday's Washington Times.

And fraud accusations are the perfect evolution from unskewing polls. Both are based in a sort of willful cognitive dissonance that proudly asserts that the reality you want is more true than the reality that actually exists. When the polls showed Romney losing, they had to be wrong. When the election showed Romney had lost, that too must be wrong. For most who had gone along with unskewed polls, the election was enough of a shock to let the truth flow in. But for Chambers and others, perhaps it is easier to live in the fantasy.