Joe Scarborough asks, "Why are liberals still so angry on the Twitter?" 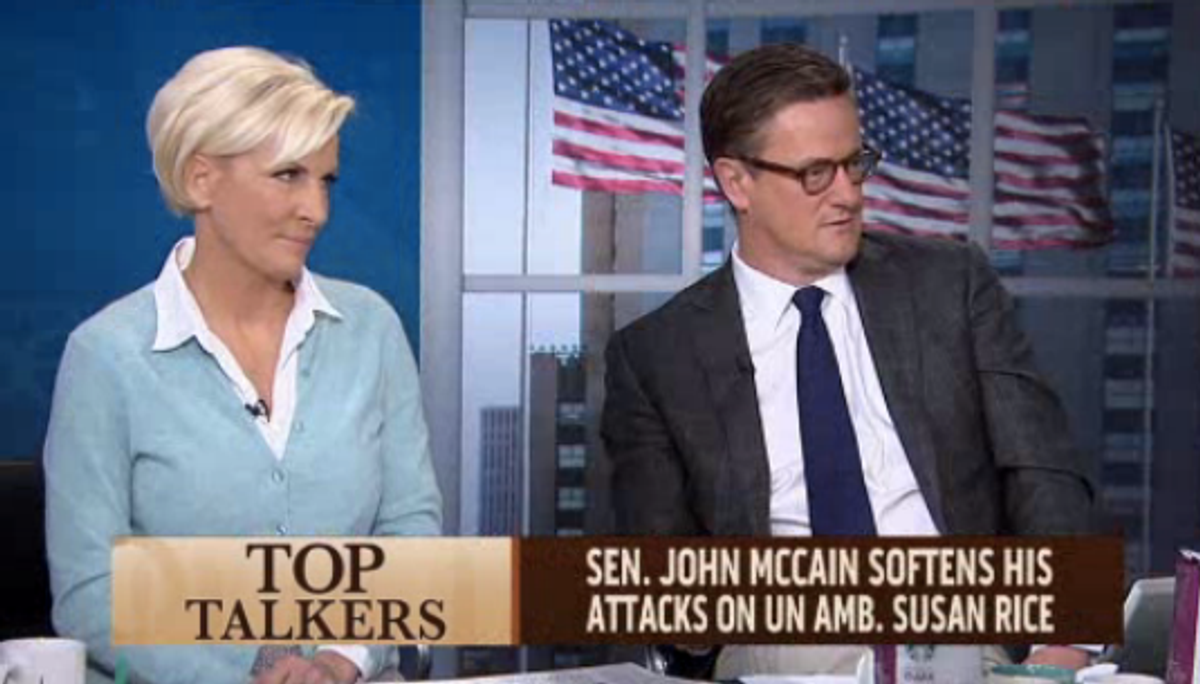 "Morning Joe" co-host Joe Scarborough summoned his inner John McCain this morning when he asked, "Why are liberals still so angry on the Twitter?"  He added:

They are angry about everything. Like they won. They don't understand like when conservatives win, we go hunting. and drink beer. And know we're going to control at the same time, the country for four years. The liberals on the Twitter, on my machine, are so angry. And it doesn't bother me. I feel sorry for them.

When asked, "What did these people do before the Twitter?" Scarborough joked, "They kicked their dogs."