The U.S. Embassy in Bahrain rescinds an invitation for a cultural exchange to the debauchery expert 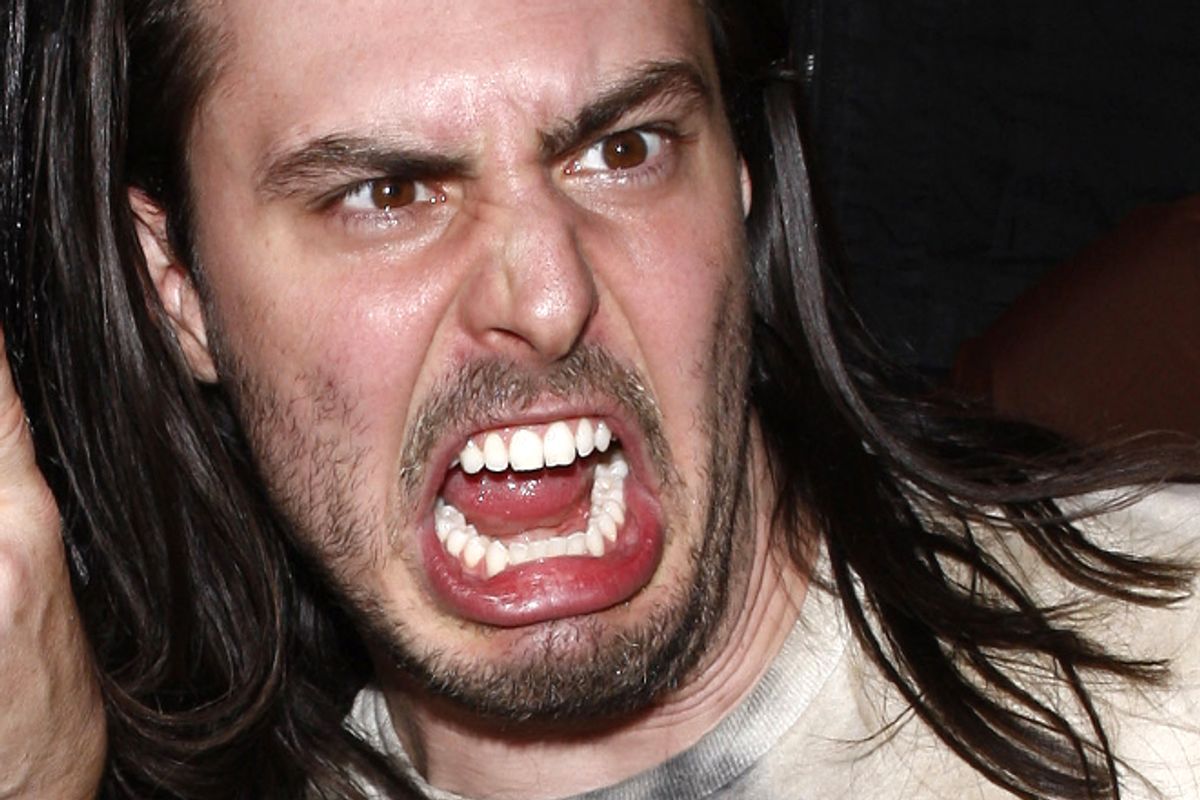 Rock star and self-styled party king Andrew W.K. set the Internet alight with chatter last week when he revealed that he was invited to the U.S. Embassy in Bahrain to participate in a cultural exchange. But Noel Clay, a spokesperson from the State Department, said via phone that the invitation has been rescinded.

Calling it "a mistake and not appropriate," Clay said the program has been canceled.

The initial invitation sparked an outcry among human rights observers. The Bahraini monarchy has been roundly criticized for a sustained violent crackdown on pro-democracy demonstrations that began in 2011.

The government, led by King Hamad bin Isa al-Khalifa, is supported by Saudi Arabia, which is connected to the diminutive oil-rich island nation via causeway, and the United States, whose fifth fleet is stationed there.

Andrew W.K. (ne Wilkes-Krier), 33, is not known for being politically active — nor is the artist behind the album "Party Til You Puke," and the songs "I Get Wet" and "Party Hard," generally associated with conservative cultural norms that characterize the Middle East. His Twitter account routinely dispenses "party tips." Last week he said on his website that he was “humbled by the chance to represent the United States of America and show the good people of Bahrain the power of positive partying.”

Last night, Wilkes-Krier tweeted that "partying is our best hope for world peace."