Bradley Manning to testify at his pretrial hearing

The soldier has not spoken publicly in two years 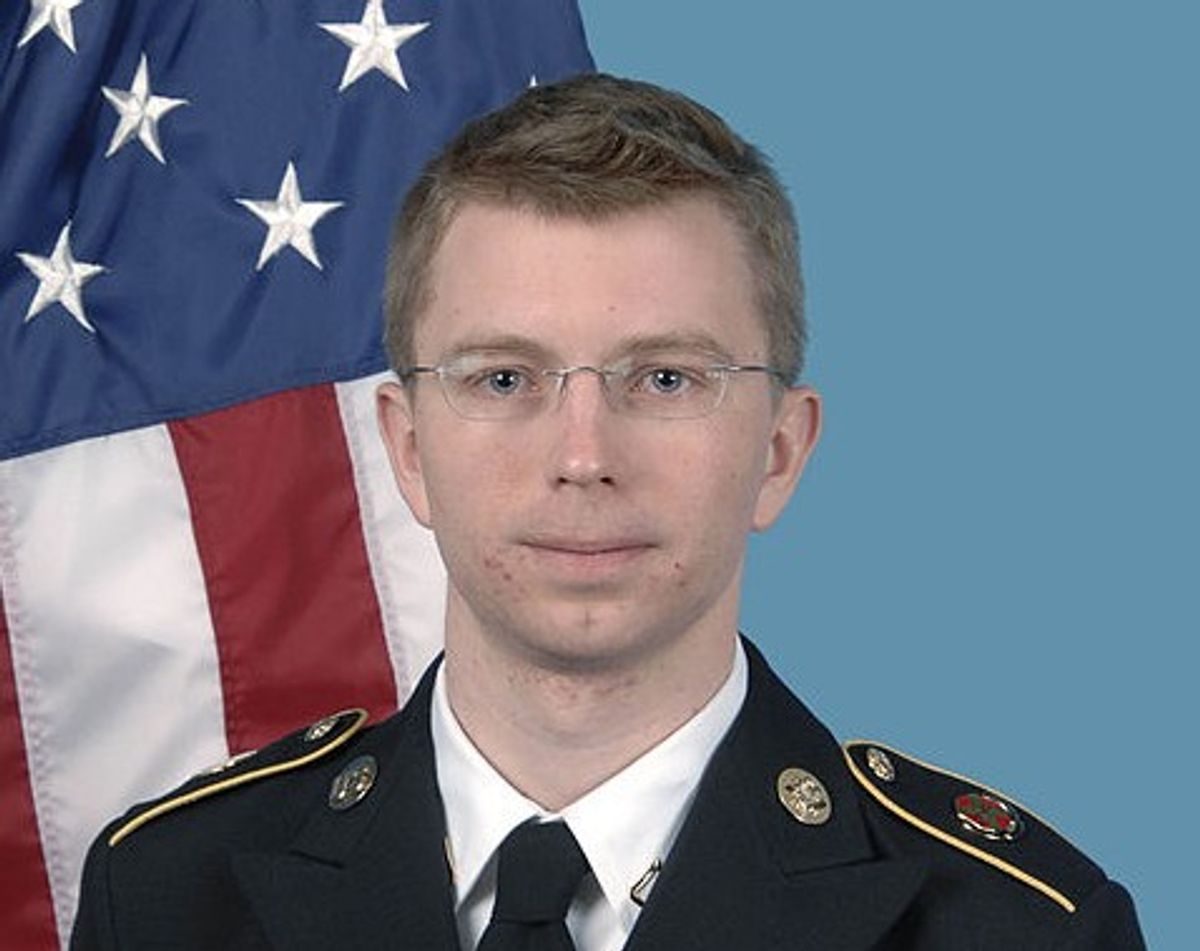 Pfc. Bradley Manning will testify at his Fort Meade pretrial hearing Tuesday -- it will be the accused whistleblower's first public speaking appearance since 2010.

Manning is expected to speak about his treatment at the Marine Corps brig in Quantico as his attorney David Coombs aims to show that his detainment constituted illegal pretrial punishment, such that Manning's charges should be reduced or dismissed. Coombs has described his client's first months in the brig as "the functional equivalent of solitary confinement" — confined to a 6-by-8-foot cell, with no window or natural light, for more than 23 hours each day.

Via the Baltimore Sun:

He was awakened at 5 a.m. each morning and required to remain awake until 10 p.m., according to his lawyers. He was not permitted to lie on his bed or lean against the cell wall. He was not allowed to exercise in his cell.

Guards were required to check on his well-being every five minutes. If they could not see him — if he was asleep under his blanket or turned to the wall — they would wake him.

His lawyers contend that those and other "egregious" conditions at the base near Washington amounted to illegal pretrial punishment.

In court papers, lawyer David Coombs said commanders kept Manning in maximum-security custody and on prevention-of-injury status — under which he was not allowed a regular blanket or pillow, and forced to undergo the regular guard checks — in spite of a favorable security assessment and the recommendations of brig psychiatrists.

At least two military psychiatrists are likely to testify Tuesday that they recommended on numerous occasions that Manning be taken off the "prevention of injury" order. Quantico commanders in charge of the brig during the nine months in which Manning was held there are also believed to be testifying today.

As Salon noted previously, Manning has put forward a plea notice to the court, indicating that he would be willing to take responsibility for some (but not all) of his alleged offenses, including providing information to Wikileaks. If the motion judge chooses to accept the plea notice, Manning could plead guilty without accepting the government’s charge that he ‘aided the enemy’ or ‘exceeded authorized access’ on his computer. If the plea notice is accepted, Manning could thus avoid life in prison, even if found guilty. However, if the plea offer is not accepted,  prosecutors can still bring Manning to court martial on the very serious charges of aiding the enemy and misusing classified information.

Meanwhile, Manning's supporters are eager to hear from the soldier himself Tuesday, having received news about his condition and developments in this uniquely obfuscated legal process through Coombs. "Until now we've only heard from Bradley through his family and lawyers, so it's going to be a real insight into his personality to hear him speak for himself for the first time," Jeff Paterson of the Bradley Manning support network told the Guardian.