The network claims the Pulitzer-winning reporter apologized for his recent TV appearance. This is news to Ricks 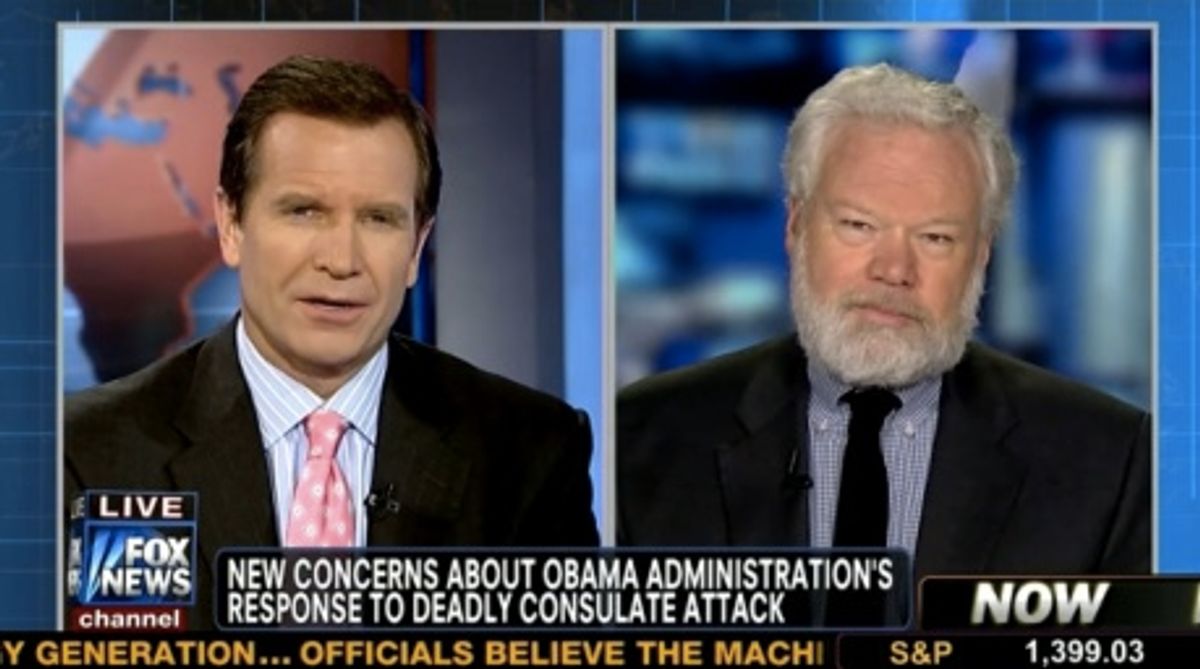 The Fox News-Tom Ricks showdown continues, as Ricks denies that he apologized for his comments on the network yesterday.

Ricks, a Pulitzer-winning defense reporter, appeared on the network to discuss Benghazi, and called out Fox News for its "hyped" coverage of the attacks, "partly because Fox was operating as a wing of the Republican Party.”

Michael Clemente, executive vice president at Fox News, told the Hollywood Reporter that Ricks apologized for the appearance. “When Mr. Ricks ignored the anchor’s question, it became clear that his goal was to bring attention to himself -- and his book," Clemente said. "He apologized in our offices afterward but doesn’t have the strength of character to do that publicly."

"Please ask Mr. Clemente what the words of my supposed apology were. I'd be interested to know," Ricks told the Reporter in response. "Frankly, I don't remember any such apology."