GOPer, Tea Partier have a last-ditch theory on how to get Romney elected

The Tea Party and an Idaho state senator have an idea, based on a misreading of the 12th Amendment 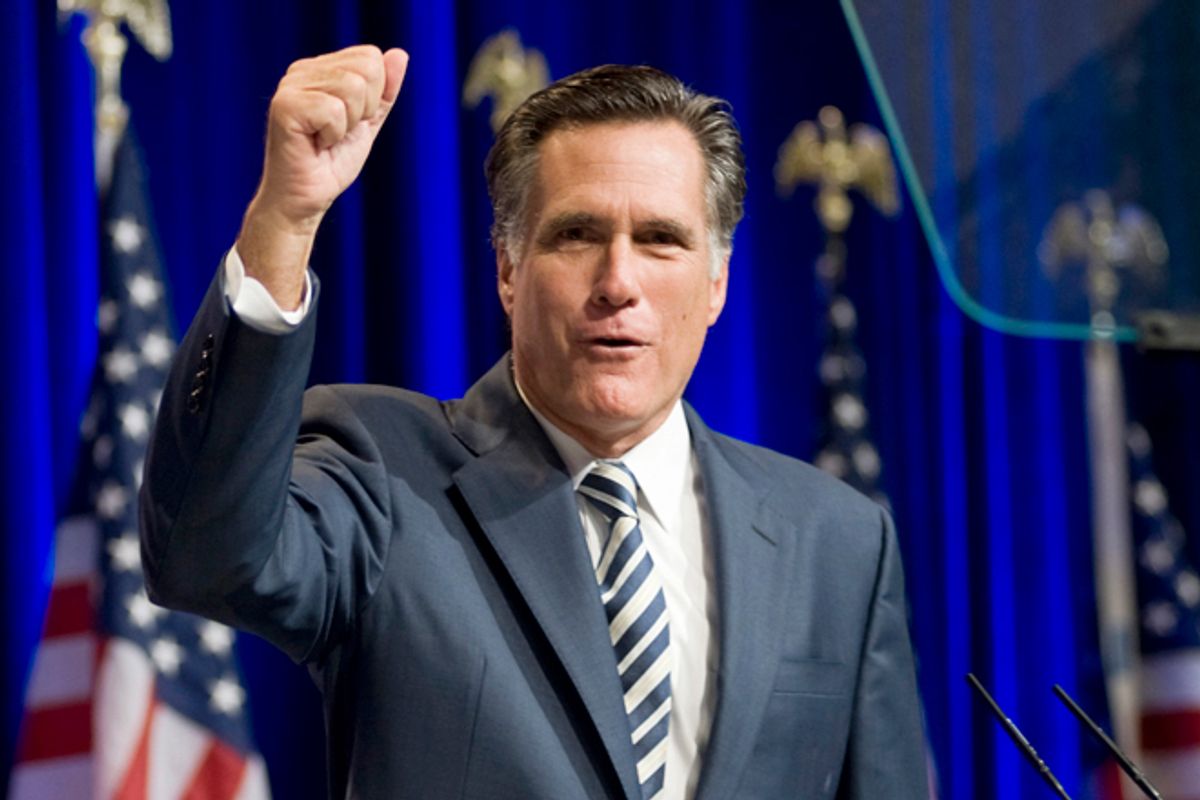 A Republican lawmaker in Idaho has picked up on a half-baked proposal floated by the founder of Tea Party Nation, which promises a last-ditch possibility that Mitt Romney could be elected.

It began with Judson Phillips of TPN, who explained on World Net Daily last week that there is still hope for Romney, if 17  of the 24 states that voted for him decline to participate in the Electoral College on December 17.

Since the Republicans hold a majority in the House, presumably they would vote for Mitt Romney, and the Democrats in the Senate would vote for Joe Biden for vice president.

This is, of course, incorrect, as Constitutional scholar David Adler, director of the Andrus Center for Public Policy at Boise State University, explained  to the Idaho Statesman: “The two-thirds reference in the 12th Amendment is a reference not to the Electoral College but rather to the establishment of a quorum in the House of Representatives."

Adler also called it “a radical, revolutionary proposal that has no basis in federal law or the architecture of the Constitution" and a "really a strange and bizarre fantasy.” He added: “President Obama’s comfortable margin of victory would preserve his election even if some states were unable to report their election results.”

An editor's note to the WND article two days later addressed Phillips' erroneous proposal: "Since this column was posted it has been discovered that the premise presented about the Electoral College and the Constitution is in error. According to the 12th Amendment, a two-thirds quorum is required in the House of Representatives, not the Electoral College."

But that didn't stop Idaho state Sen. Sheryl Nuxoll, a Republican, from tweeting the article, saying: “A ‘last chance’ to have Mitt Romney as President in January (it’s still not too late).”

Nuxoll, when told of Adler's objections by the Statesman, said, “Well, I guess that’s one lawyer... I post for people to see and think about things and reflect about things,” she added. “I don’t know if it’s realistic.”