Growing up in Gaza 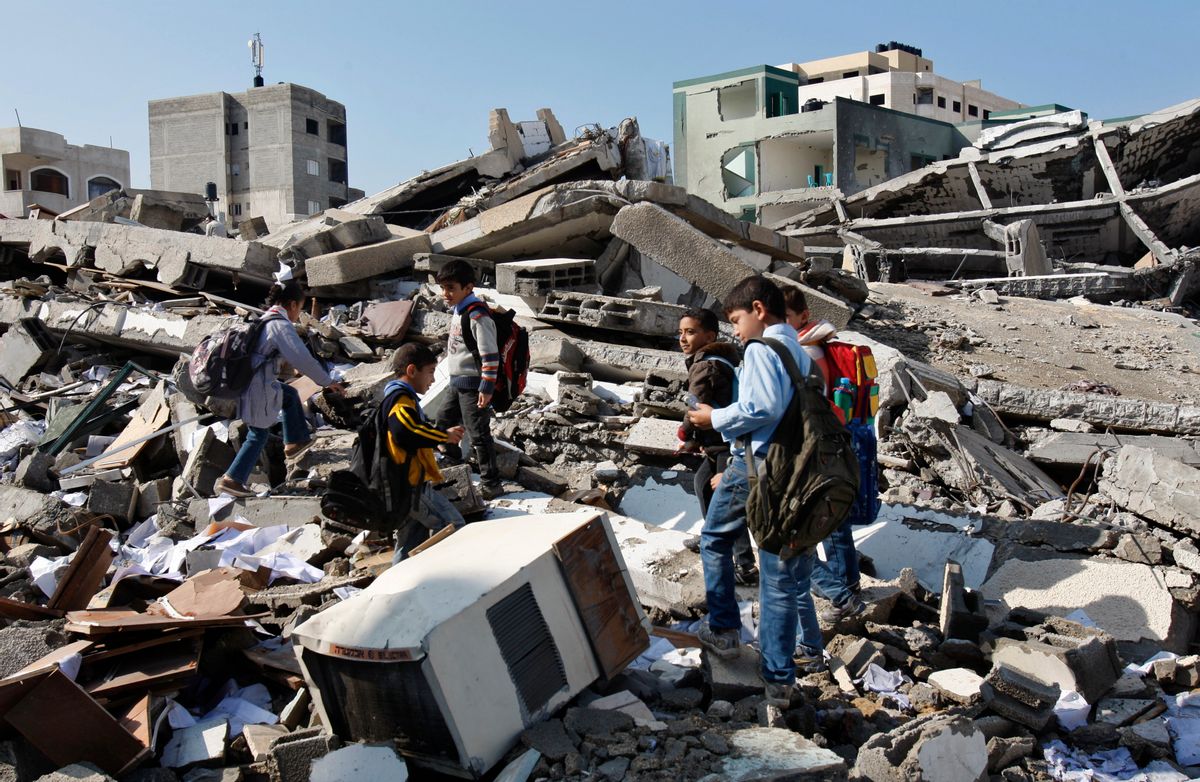 GAZA CITY, Gaza Strip — Fatima Qortoum was just 9 years old when she saw the brains of her brother, 7-year-old Ahmed, fall out of his head. He was struck with shrapnel after an Israeli airstrike. That was 2008.

Last week, another one of Fatima's brothers, 6-year-old Mahmoud, was critically injured when an Israeli attack knocked him to the ground, leaving a nearly three-inch-long gash in his torso and damaging his lungs.

And so it comes as little surprise that Fatima, now 13, like thousands of other children in the Gaza Strip, suffers from post-traumatic stress disorder (PTSD).

"She was cursing at people, or we would find her in the street or the police would bring her back home," her father, Osama Mohamed Qortoum, said. "Fatima was old enough to recognize what happened [to her brother]. She was in the house and saw him die from the balcony."

More than 150 people were killed, and another 1,000 injured, in Israel's weeklong military assault on Gaza, which ended with an Egyptian-brokered cease-fire on Nov. 21. Of those killed, 34 were children. At least 270 kids were injured. More than half of Gaza's 1.7 million people are under the age of 18.

But for those who survived, the noise and the force of punishing and powerful strikes, the sight of the dead and injured — including friends and relatives — and the fear the children saw in the eyes of their parents will continue to haunt them.

Many children lost homes. Others were injured or killed while they slept. Some schools were damaged, as was at least one playground and a soccer field in Gaza City, where locals said Palestinian militants were using the open space to fire rockets.

"They listen to the radio, they watch TV, they see the dead bodies, they hear the bombs, they feel the shattering of the glass from the windows in their homes, and they listen to stories" of war, said Eyad Sarraj, a mental health expert and founder of the Gaza Community Mental Health Program. "So they are terrified."

According to studies published by Sarraj’s program, the vast majority of Gaza's roughly 950,000 children already suffer from psychological and behavioral symptoms associated with PTSD, including aggression, depression, bedwetting, flashbacks and "clinging" behavior like physically latching onto their mother.

Repeated assaults — which in recent years have pitted Israel's advanced and well-armed military against Palestinian militants with both crude and military-grade rockets, but also a largely defenseless population — are exacerbating the trauma, and searing images of death and destruction into the minds of Gaza's youth.

"[The conflict] causes some of the children to be so acutely traumatized because they did not resolve the first trauma," Sarraj said.

Israel's last war in Gaza, in which 1,500 Palestinians were killed, was in 2008-2009. Before that, in 2006, 400 Palestinians in Gaza were killed after militants captured now-released Israeli corporal, Gilad Shalit.

More Gazans are beginning to reject to the stigma attached to mental illness in this conservative society, Sarraj says, and even the celebrations of victory following the cease-fire are therapeutic processes for adults and children alike.

But men, and young boys in particular, often resist seeking help, and the community is not always ready to accept or assist in the treatment of a trauma victim.

"We were not very afraid — we are used to this," said 12-year-old Mohamed Shokri, whose government-run school in Gaza City had been damaged by a nearby Israeli airstrike. "My father told us in our home: 'The Israelis are trying to terrify us, but we have resistance that will terrify them.' And we remember the last war."

Under siege in Gaza, where borders have been shuttered for at least half a decade and where there is minimal contact with the outside world, children are experiencing the Israeli-Palestinian conflict mostly through the brutal effects of modern warfare, human rights activists say.

They can identify the weapons and missiles that have killed their family members or destroyed their homes. But few have ever encountered an Israeli — soldier or civilian — in the flesh, they say. This is in stark contrast to previous generations, where Gazans worked or had friends in Israel, spoke Hebrew, or were forced to deal with Israeli soldiers or civilians who until 2005 had occupied the Gaza Strip.

"I don't know anyone who has met any Jews. No one has ever told me about this," said 12-year-old Basher Youssef, one of Shokri's classmates in Gaza City. "We will never see an Israeli in front of us. Because Israeli soldiers are afraid to face even a Palestinian child."

The trauma from war, coupled with increased isolation, is breeding a more intense enmity among the territory's young.

"Engaging with the other, you rediscover yourself," said Essam Younes, the director of Gaza's Al Mezan Center for Human Rights. "The only engagement with Israelis is through the Apache and the F16 [fighter jet]. You put an entire nation under siege, and you obstruct their future. Then what do you expect? More enmity and resistance against the Israelis."