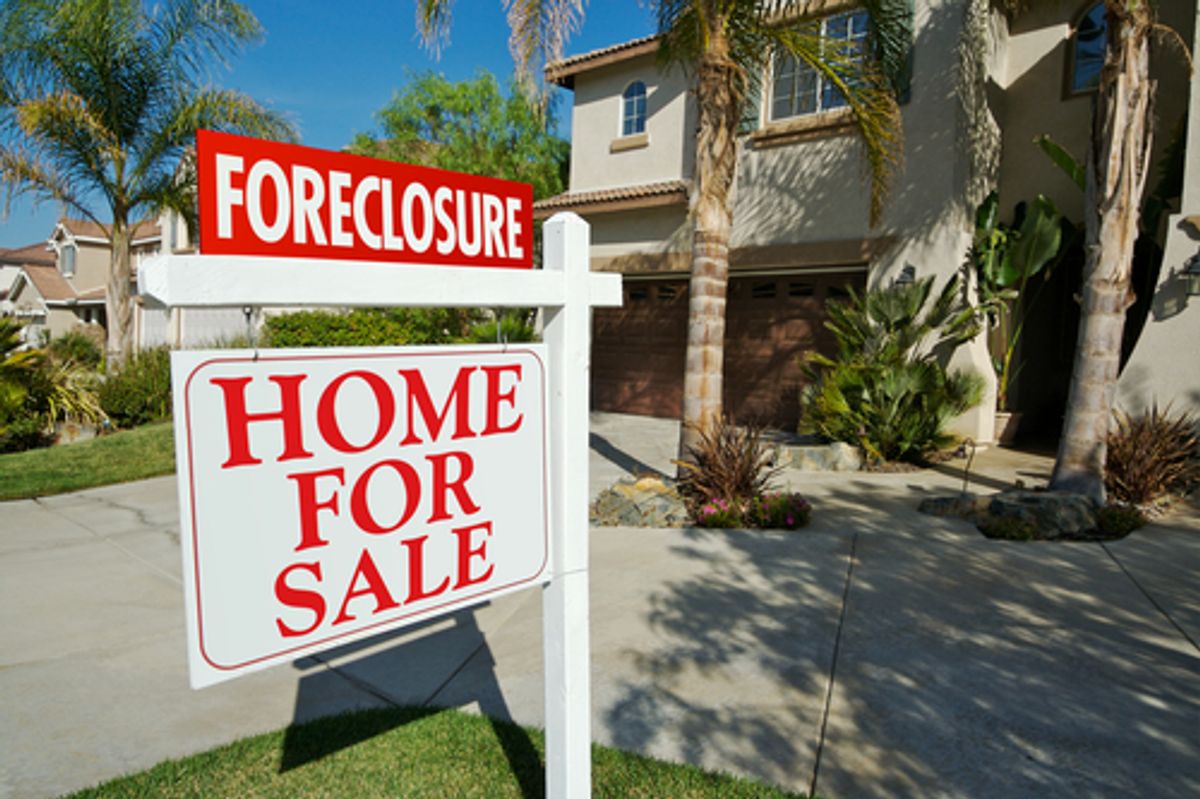 New research from NYU economics professor Edward Wolff, flagged by Think Progress, found that the median wealth of American households plummeted over the years 2007 to 2010, and by 2010 was at its lowest level since 1969. Meanwhile, the late 2000's saw a high rise inequality: while the median wealth fell,  the top 1 percent increased their wealth by 71 percent between 2007 and 2010 (a statistic almost ready-made for an Occupy Wall Street banner).

Wolff argues that while "the debt of the middle class exploded from 1983 to 2007, already creating a very fragile middle class in the United States... their position deteriorated even more over the 'Great Recession.'" His research also detailed how the household wealth of racial minorities and young people dropped to an even greater extent in the wake of the housing bubble's burst, when house prices collapsed:

The racial and ethnic disparity in wealth holdings, after remaining more or less stable from 1983 to 2007, widened considerably in the years between 2007 and 2010. Hispanics, in particular, got hammered by the Great Recession in terms of net worth and net equity in their homes. Finally, young households (under age 45) also got pummeled by the Great Recession, as their relative and absolute wealth declined sharply from 2007 to 2010.

The sharp fall in wealth for middle class, young, black and Hispanic households during the "Great Recession" is readily explicable: such households tended to have higher debts and greater percentages of their wealth invested into their homes.

As Think Progress noted, "Wolff analyzes household wealth, rather than annual income, for six reasons, including the fact that 'the availability of financial assets can provide liquidity to a family in times of economic stress, such as occasioned by unemployment, sickness, or family break-up.' However, studies of income inequality also support Wolff’s pessimistic account of growing inequality: they’ve found income inequality has risen in almost every state over the last 30 years and that the middle class has just suffered its 'worst decade in modern history.'"