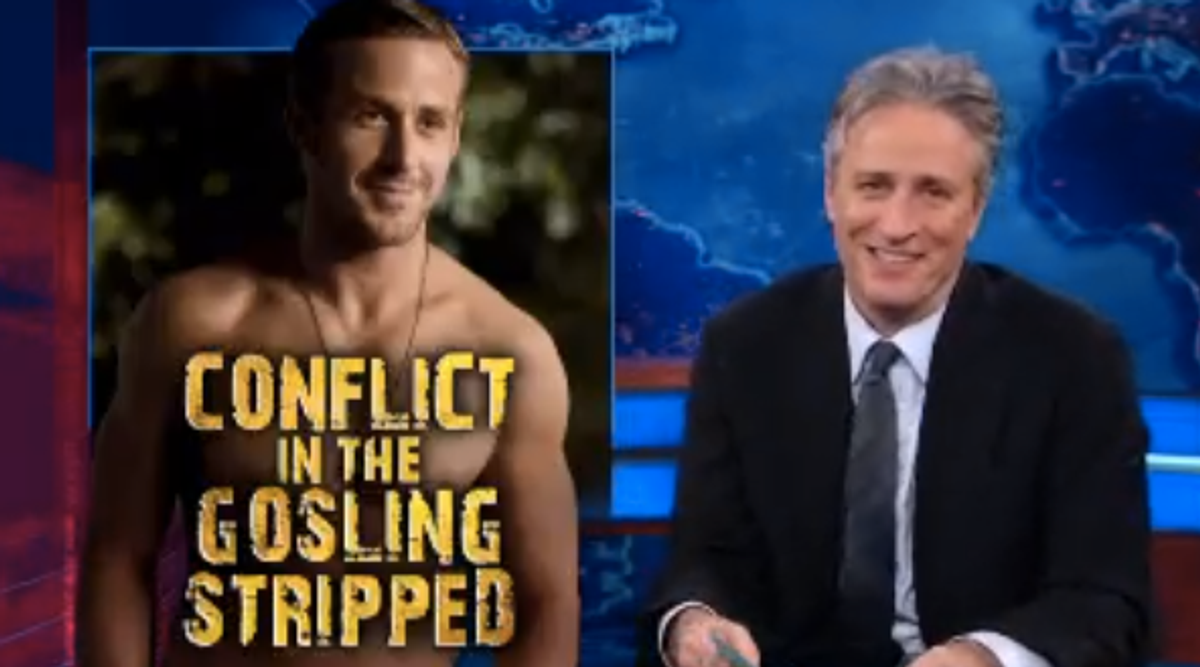 While reporting on the bloody conflict in the Gaza Strip last week, some TV correspondents named clear "winners" (including Egypt, President Obama and Hillary Clinton) and "two losers" (Iran and Mahmood Abbas). Trying to understand the insensitive framing of the conflict, Stewart quipped, "So, the only two losers between the war in Israel and Gaza are the people who don't live in either of those places. So the lesson here is the next time your region descends into war, you gotta be in it to win it."