The Jim Henson Company has co-produced the Web series 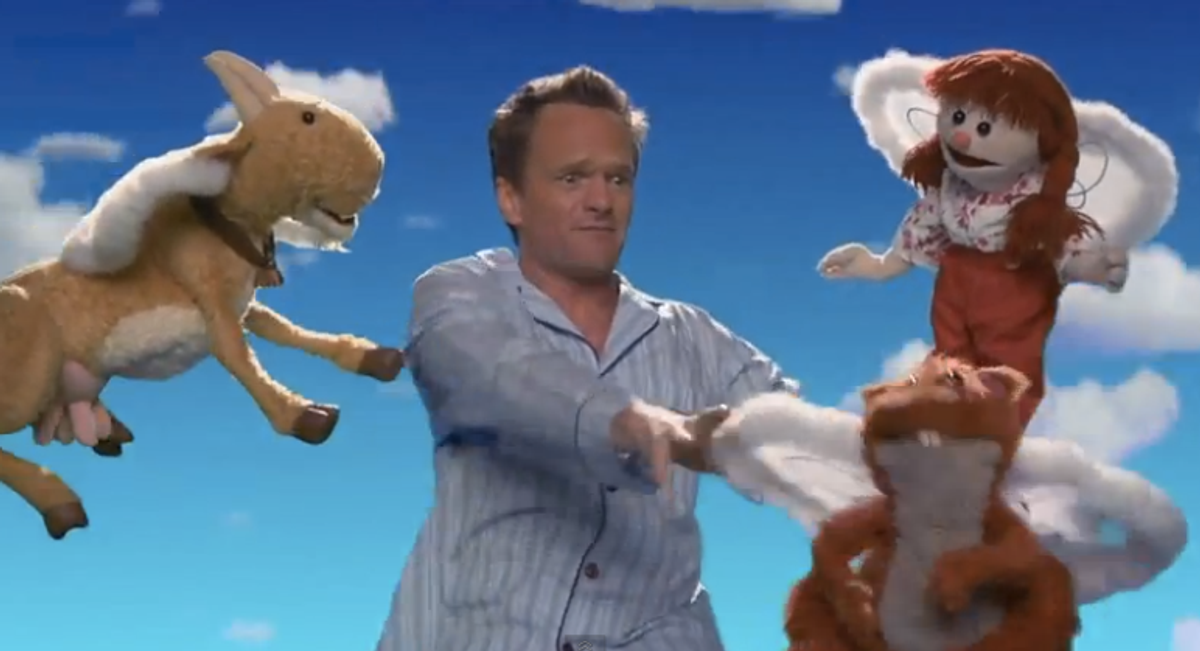 Actor Neil Patrick Harris, the nerd's Everyman who plays the womanizing Barney Stinson on "How I Met Your Mother," today debuts in "Neil's Puppet Dreams," a Web series on Nerdist, co-produced by the Jim Henson Co. Harris told Nerdist that "Each episode revolves around one of my puppet-laden dreams."  "As it turns out," he says, "I’m a bit of a narcoleptic, and, unfortunately, all of my dreams involve creatures of the felt persuasion, ranging from lullabies to documentaries, from fantasies to music videos."

The series stars the "Henson Alternative Miscreant Puppets," Harris says, "because while they are a new breed to most, they may be familiar to hardcore Henson fans."

Watch the first episode below: