Filibuster reform: The Senate is filled with hypocrites 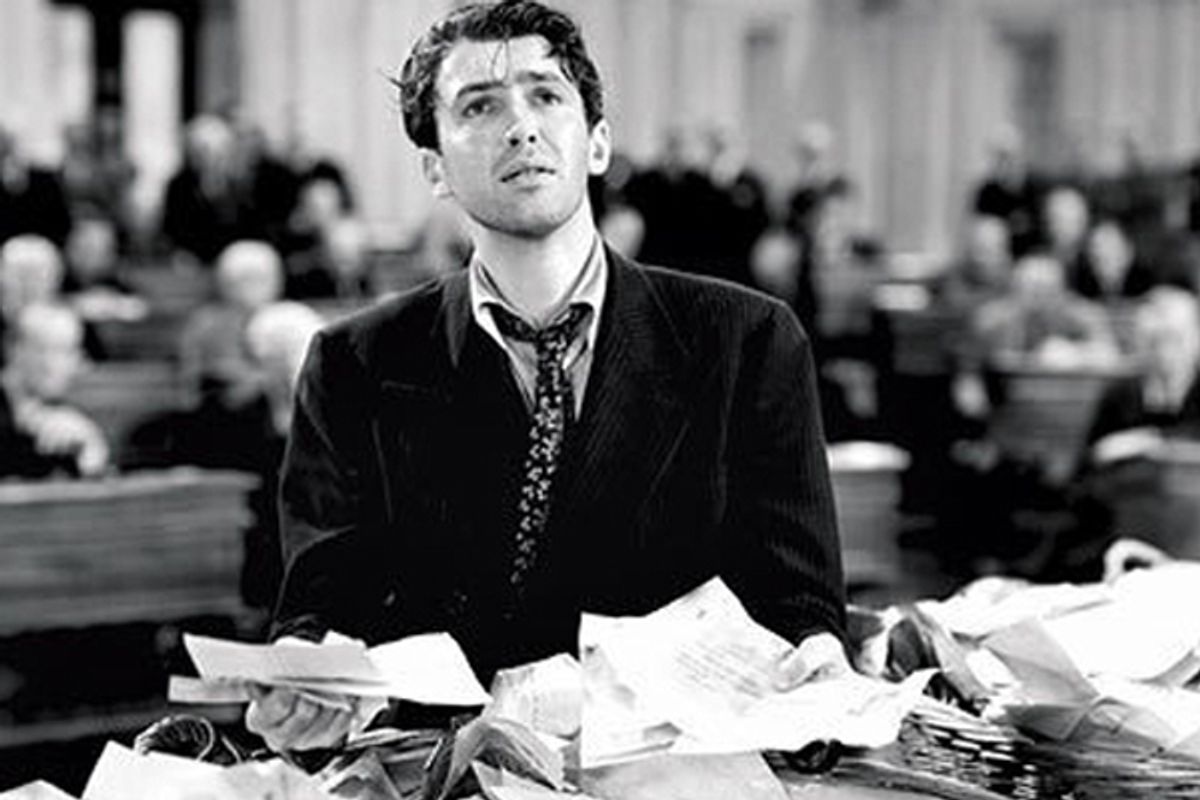 In their war to preserve the filibuster, Senate Republicans have deployed two main arguments, neither of which makes much sense. The first is a threat to gum up the Senate even more than it is now if their right to stymie things is diminished. That's a bit like a child refusing to clean up his room, then threatening to make his room even messier if his parents don’t abide his temper tantrum.

The other argument is that Democrats are being hypocritical in calling for reform, because they defended the filibuster just a few short years ago when they were in the minority, and thus their efforts should be dismissed out of hand. “Then-Sen. Obama thought it would be wrong to make the changes when the Republicans were in the majority; then-Sen. [Joe] Biden thought it was a bad idea when the Democrats were in the minority; and Harry Reid thought it was an awful idea when he was in the minority because he said no one group should be able to run roughshod over the other group,” said Wyoming Republican Sen. John Barrasso, who holds the No. 4 position in the GOP leadership.

On this count, Republicans are absolutely right. In 2005, when the Republican majority threatened to unilaterally override a Democratic filibuster of President Bush’s judicial nominations, the minority labeled the move the “nuclear option” and warned of all sorts of apocalyptic scenarios if the GOP pushed the proverbial button.

"If there were ever an example of an abuse of power, this is it ... The filibuster is the last check we have against the abuse of power in Washington,” said Reid, who was then the minority leader.

"To basically trample and trench on those long-standing historic rules, I think, would disrupt the Senate in a way that would make it extremely difficult for it to function in any meaningful way for the rest of the session," said liberal lion Ted Kennedy, in language that could easily come out of a Republican colleague’s mouth today.

Longtime Senate Democrat Robert Byrd even invoked the nuclear option of rhetoric. "Some in the Senate are ready to callously incinerate each senator's right of extended debate ... Hitler never abandoned the cloak of legality,” Byrd said on the Senate floor. Ultimately, Republicans backed down and didn't go nuclear (the Senate parliamentarian said he would oppose the move, but the majority leader can overrule him).

But Republicans are equally guilty of changing their tune. On Monday, Minority Leader Mitch McConnell got in a testy exchange with Reid on the Senate floor over Democrats' desire to change the rules by a simple 51-vote majority. Doing so would mean "breaking the rules to change the rules," McConnell said.

However, he was for the idea before he was against it. “The current Senate majority intends to do what the majority in the Senate has often done -- use its constitutional authority under Article 1, Section 5 to reform Senate procedure by a simple majority,” McConnell said on the Senate floor in 2005.

You could find a similar speech railing against the minority’s abuse of the filibuster and supporting a simple majority rule from almost every Republican senator still in the chamber today. Senate Republicans released a report that year via the Senate Republican Policy Committee (RPC), the sort of official think tank of caucus controlled by the party leadership, explaining how a simple majority can change the rules. They even called it the “constitutional option,” the same name Democratic Sen. Tom Udall of New Mexico gave to his filibuster reform plan that is gaining traction in the Democratic caucus.

Mysteriously, the 2005 GOP report has disappeared from the Web. Now, when you search the Senate Republican Policy Committee website for “filibuster” you get a recent report that states: “Any assertion by Senate Democrats that a rules change would require a simple majority vote ignores the plain language of the Senate Rules.” Unfortunately for Republicans, Arizona Republican Sen. Jon Kyl, then the chairman of the RPC, decided to enter the 2005 report into the Congressional Record, where it will live forever (ThinkProgress' Ian Millhiser also excerpted the report last year, apparently before it was removed). A sample:

This constitutional option is well grounded in the U.S. Constitution and in Senate history. The Senate has always had, and repeatedly has exercised, the constitutional power to change the Senate’s procedures through a majority vote.

So what are we to make of this? Which side has the moral high ground in the filibuster fight? Neither. They’ve both alternately opposed and supported the filibuster depending on whether they were in the minority. One could argue that Republicans have abused the filibuster more than Democrats since losing their majority in 2006, but that's beside the point

What is clear, as Steve Kornacki explained this morning, is that the filibuster needs to be reformed regardless of who holds the majority. The status quo is simply unsustainable.