No matter how the "fiscal cliff" is resolved, "entitlement reform" will remain Washington's favorite solution 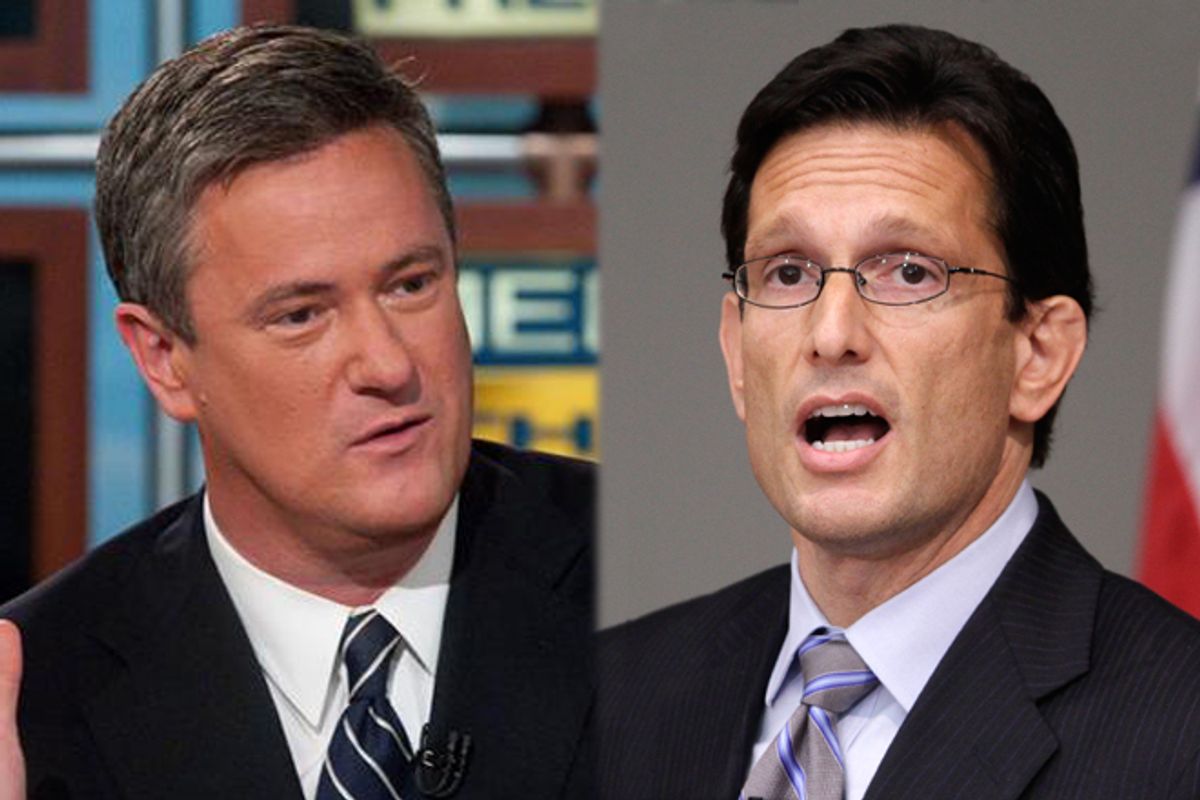 With various Republicans making headlines recently for suddenly, shockingly appearing open to considering small tax hikes on wealthy people, it can seem sometimes that some fundamental shift has just transpired in the national political conversation surrounding the national debt and government spending. I assure you, that is not remotely the case.

It may be the case that millions more Americans voted for Barack Obama than Mitt Romney. It may also be true that Americans voted for a significantly more liberal (and still Democratically controlled) Senate. And some crazy people have been pointing out that more people nationwide voted for Democrats to represent them in the House than for Republicans. And, sure, the thing Obama has been promising to do since 2008 -- when he also won the election by lots of votes -- is raise taxes on rich people. But Americans will totally understand if Republicans refuse to do this thing everyone wants to do.

The President's intentions on tax hikes could not have been clearer on the campaign trail. But would Americans be outraged at Republicans if they insisted that revenue be raised by closing tax loopholes and hiking rates on capital gains? I doubt it. That's one reason Republicans should not meekly fall in line to raise marginal tax rates during this lame duck session.

Basic cable television talk show host Joe Scarborough is our foremost expert on what the American people think and feel.

Also, Republicans don't want to raise tax rates on capital gains, what the hell is wrong with you, Joe. If they wanted to do that they'd also be open to slightly raising the top marginal tax rate to Clinton-era levels. And then they'd be Democrats. Liberal Democrats. Then Joe says, "there is more than one way to raise a trillion dollars in taxes," which is I guess true, though all of those ways involve "raising a trillion dollars in taxes" and that happens to be the crux of the argument right now.

But by the following morning, Morning Joe had basically forgotten his "let's cut loopholes and raise the capital gains tax rate" solution in favor of a much more comfortable old favorite, "asking old people to work longer and accept less in return."

He was joined in this by Time columnist Joe Klein, a Beltway press liberal, which is to say a man whose opinions are precisely the same as those of Joe Scarborough.

Two key lines from their conversation:

Does Barack Obama have a "mandate"? Joe Klein: "I think moderation has a mandate."

Joe Scarborough: "He might have a mandate for moderation."

Cutting (or "reforming") Medicare in response to a pseudo-crisis invented by Congress would be an effective way to prove that liberal conspiracists are correct when they claim that all deficit hysteria is merely an excuse to roll back social insurance programs.

But then we're always surrounded by that proof. The many CEOs currently receiving glowing press attention for their patriotic decision to start a "deficit reduction panel" all agree that now is a good time to cut Medicare, and while we're at it, we should probably also cut the corporate tax rate. Rich people deciding that deficit reduction should come from healthcare for old people rather than corporate profits is "bold thinking," you see.

Plus Eric Cantor has a deficit plan! We should put Obamacare "on the table." Obamacare includes taxes that pay for it, so I guess what Cantor means is cut the subsidies and use the taxes to pay down the deficit, right? Haha, no, that is not what he means, why would you think that.

Hemmer asked how far Cantor might go with this. "All I can say is that the president has got to get serious," said Cantor. "The speaker is correct that Obamacare is such an expansion of government spending that it ought to be on the table." Unlike Boehner, he got somewhat specific about what might be slashed. The medical device tax, for example, and IPAB, "the essence of Washington controlling all that health care is about."

Yes, Eric Cantor's big plan to fix the deficit in a way that doesn't fix the deficit too fast, like the "fiscal cliff" does, is to eliminate a tax. Because we have to "get serious."

Douglas Holtz-Eakin, an economist who tends to be honest whenever he's not currently advising or working for a Republican candidate or elected official, at least makes his argument explicit in this Corner post. The problem with the president's plan to cut the deficit is not that it is insufficient, it is that it does so with "over $7 of tax hikes for every $1 of entitlement reforms." So the problem isn't actually government debt at all, it's, surprise, the welfare state.

The Scarborough and Klein conversation shows the extent to which the "moderate" class has internalized this central ideological tenet of the conservative movement. The government is too generous in its spending on keeping old people alive. If Obama and the Democrats win or lose on the top marginal tax rate, it won't make any difference. That will still be the argument. If the federal government ever starts running a surplus again, it still won't make any difference. That Americans have repeatedly voted for tax-and-spend policies, even if many of them proclaim a rhetorical commitment to vague conservative principles, has proven time and time again to make no difference. It will remain, for years to come, "serious" and "responsible" to love austerity and upward-redistributionism.