Andrew W.K.: The State Department owes me an explanation

Exclusive: The musician tells Salon he wants to know why his cultural ambassadorship was canceled last minute 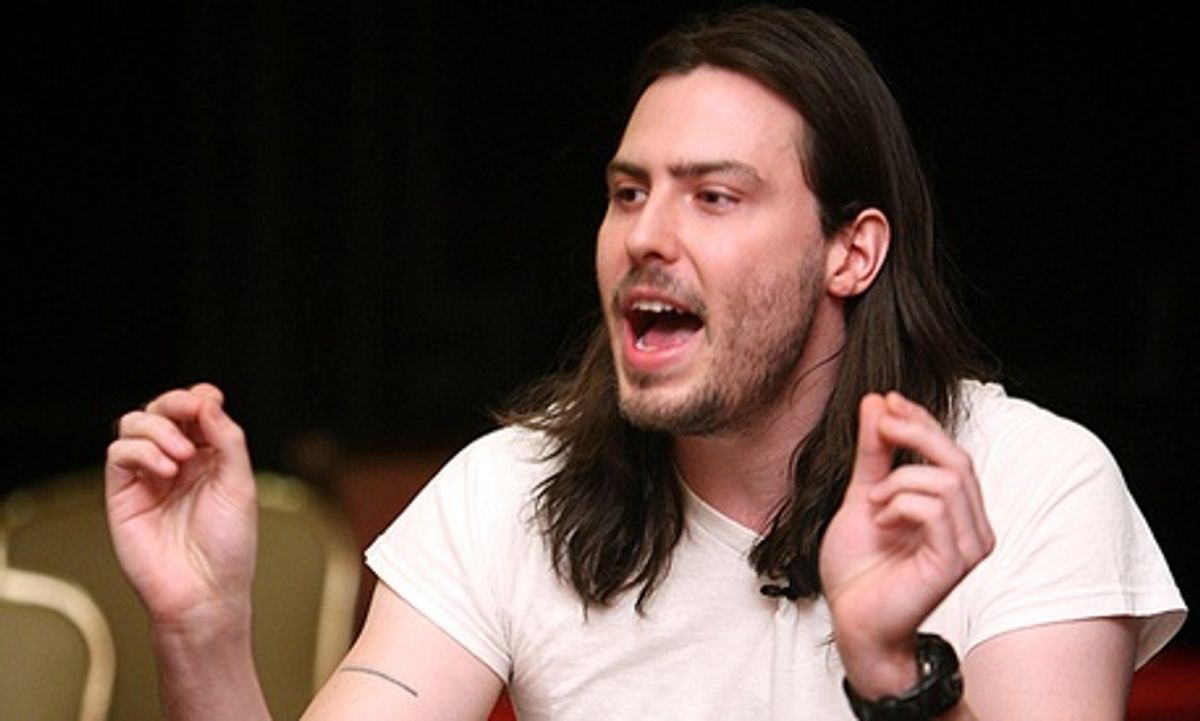 Andrew W.K. wants an explanation from the State Department.

After a week in which he revealed a long-planned "cultural ambassadorship" to Bahrain -- only to have the invitation revoked days later when the State Department determined he did not meet its standards -- the musician tells Salon that he has a right to know why his trip was canceled.

“I really feel like we deserve some type of understanding as to why this choice was made, especially at the last minute,” the musician told Salon over the phone from London. He would have been on his way to the Middle East this week, had the trip gone off as planned.

The 33-year-old, known for his love of partying and the “party tips” he dispenses on Twitter, expressed total bewilderment at the 11th-hour cancellation because the initial interest in his trip came from the U.S. Embassy in Manama via Bahrainis themselves. But while embassies often extend invites to well-known figures and artists, they also have to be reviewed in Washington.

W.K. described the cultural ambassadorship as an honor and the “most in-depth trip I had been involved in, in terms of planning,” but declined to name the State Department official who initially proposed the trip over a year ago, citing concerns that the official's career might be in jeopardy.

“I was disappointed because we were so excited about the trip and the events they had scheduled for us,” he said, postulating that perhaps the orders to cancel the trip came from someone “not at the State Department.”

“I'm very curious as to who the person was that pulled the plug on this and what their motives were for doing so.” He said that all the scheduling, flights and money that went into the trip is “the least of our concerns.”

Asked whether it was appropriate for a musician to bring his celebratory, partying message to a conservative Middle Eastern society, the self-described Party King – known for singles like “Party Hard,” “We Want Fun,” “I Get Wet” and “She is Beautiful” – stressed that he would have been “under the guidance of our hosts.”

“It wasn't like we were playing a formal concert or a public show. It was more a cultural mission to be present and promote good vibes in general,” he said.

The initial announcement of his trip did raise a few eyebrows because the Bahraini monarchy has been the subject of an international outcry for its sustained violent crackdown on peaceful demonstrations that started in the country last year. But the musician said he had only learned about the situation there “in the months since the invitation was extended.”

“We were going there with an open mind and an open heart just with an attitude that we hoped would be embraced by all sides,” he said. “We didn't have an agenda but kindness and openness to all human beings.”

“It's strange to think it was my own country that pulled the plug on this,” he added.

But the rock star – an adherent to a philosophy he describes as Positive Partying – saw a silver lining in this whole kerfuffle.

“I feel pretty confident, friends of mine that otherwise wouldn't have heard of Bahrain, have done so now,” he opined. “In that sense, my cultural ambassadorship has been fulfilled.”