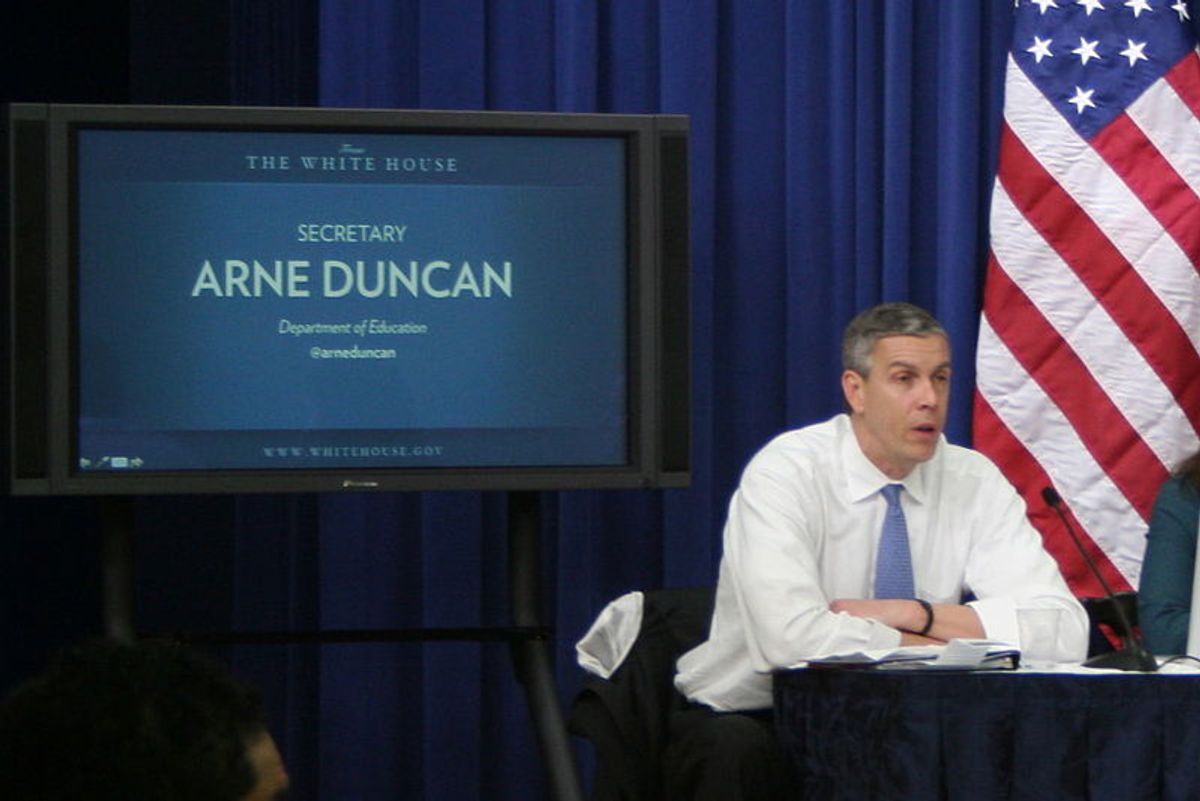 In a New York Times column yesterday, Thomas Friedman nominated Education Secretary Arne Duncan to take the post of secretary of state, saying, "Duncan is not seeking the job and is not the least bit likely to be appointed. But I’m nominating him because I think this is an important time to ask the question of not just who should be secretary of state, but what should the secretary of state be in the 21st century?"

Duncan shrugged the fan-boy nomination, saying,"Last week, the Onion said I was going to become a male stripper." He added,  "The Onion is probably more accurate than Tom Friedman."

In other words: Thanks, but no thanks.