Shootings, stompings, miscarriages and a trampled corpse: Black Friday atrocities only reflect our own dark desire 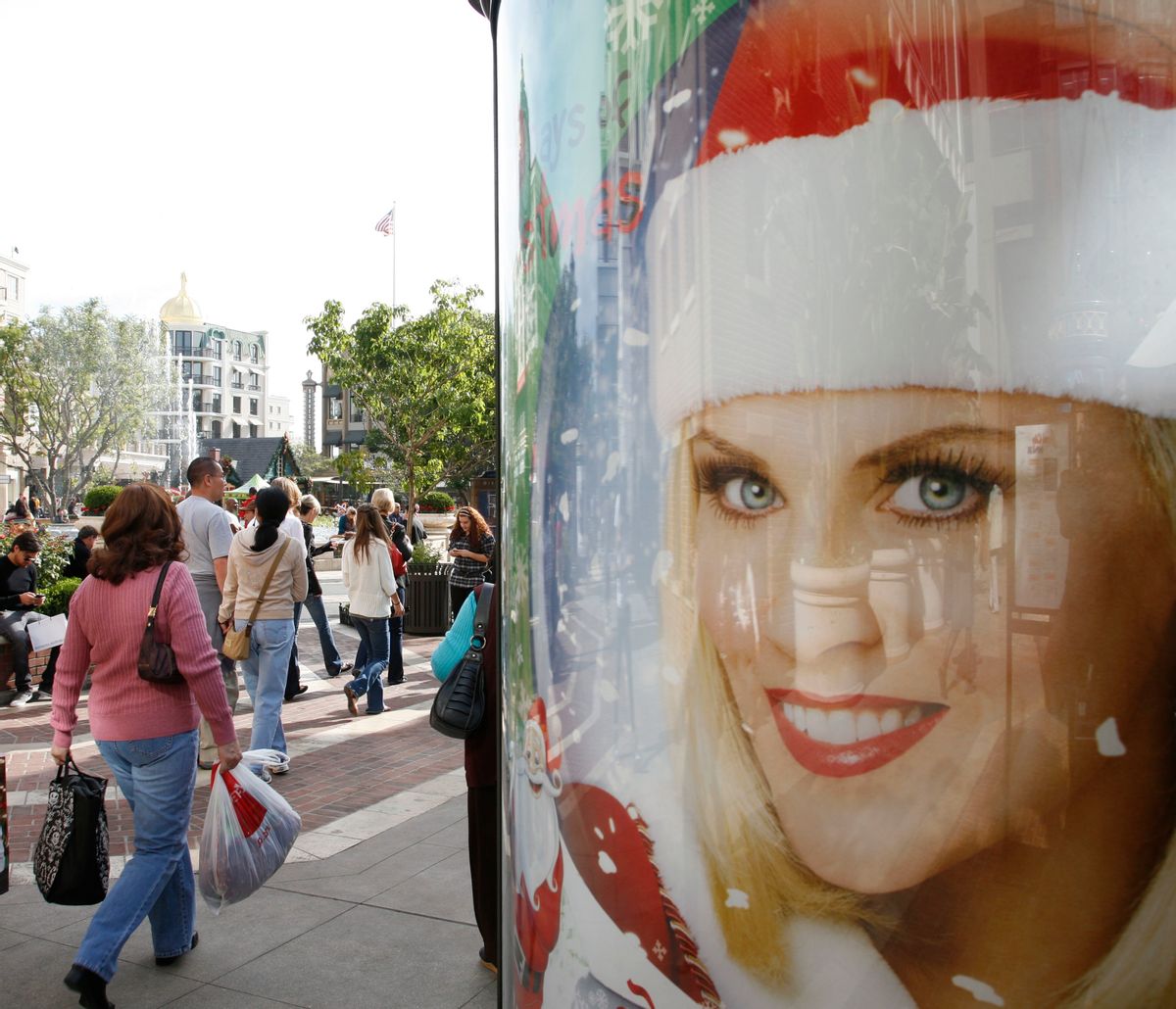 Another Black Friday has come and gone, and the tradition of stuffing our faces and then violently welcoming in the holiday season lives on. This year, our post-Thanksgiving shopping ritual once again delivered a real-life, shopping-themed version of a Stallone flick from the 1980s. It was, indeed, a montage of Americans brawling with, stomping on, and shooting at one another. Moreover, if every year adds its own unique imprimatur to the now-standard bedlam -- for example, 2008's miscarriage and 2011's trampled corpse -- this year's special addition was death by headlock.

Now utterly routinized, this Christmastime madness is no longer merely a ritual timed to the coming of the winter solstice -- it has taken on qualities of a cultural entitlement. Bequeathed to us by both the unhinged mobs of shoppers and the gaggles of on-scene local news correspondents, this glorified mayhem teaches us that engaging in and/or ogling at post-Thanksgiving violence is nothing short of a birthright of citizenship -- a red, white and blue endowment slaking our most base needs and desires.

Having reached such a deified (if disturbing) place in our society, we should take a moment and ask: What does it all mean?

Maybe it's just a grand First World ode to the Third World -- we riot over frivolities like flat-screen TVs while poorer societies riot over necessities like food (and yet, bizarrely, we deem ourselves more civilized). Alternately, maybe it's a sign that the dystopia of desperation and mob anarchy is not just the backdrop of sci-fi pulp set in the distant future -- it's already creeping into our daily lives. Or maybe, more optimistically, it is proof of the earnest Jean Valjean in all of us -- like "Les Mis'" valiant protagonist, perhaps we are willing to knowingly break laws and assume the risks of doing so, all in order to make sure our kids get what they need (and yes, the difference between scraps of bread in 19th century France and a Wii console in 21st century America proves that "need" is a relative term).

While certainly a stretch, the latter interpretation is the most comforting -- which is why it is still the central pitch of the Christmas shopping season's hard sell. Think about it: In most holiday product ads and all the coverage of the ensuing mayhem at the mall, consumerism is now shrouded in the argot of giving and subliminally presented as selfless sacrifice. After all, as this catechism goes, we're camping out in the middle of the night and throwing those elbows in the aisles and brandishing those pistols in line all for the altruistic purpose of getting the best gifts for our loved ones, right?

That's a beautiful and heartwarming fable of honor, perseverance and ends-justify-the-means righteousness -- but, alas, it is so very wrong.

According to historical data from Consumer Reports and the International Council of Shopping Centers, somewhere between two-thirds and three-quarters of Black Friday shoppers are buying solely for themselves. Lab42's consumer research suggests that nearly half of what is purchased can be classified as "things I want but wouldn't normally get" -- aka impulse buys.

Such self-focused materialism, of course, is among the most powerful human forces of all, as evidenced by the conquests of each era's kings, the resource hoarding of history's most opulent societies and, now, the blood-drenched tidings of the typical holiday shopping season. Indeed, it is likely that the winter buying spree's violence has gotten so violent precisely because of the supremacy of selfishness (buying only for yourself) over generosity (buying for loved ones). Evolutionarily speaking, we are probably hard-wired to be more brutally animalistic when trying to acquire solely for ourselves rather than for others.

That kind of atavistic reflex is no small thing -- and its intensity can triumph over seemingly impossible odds. This year, the urge to splurge on ourselves was able to somehow overcome the weak economy and ignore the austerity cliches pervading our politics ("belt tightening," "shared sacrifice," "personal responsibility," etc.) to deliver record-breaking sales.

Looked at this way, Black Friday's true meaning, then, is less about succumbing to the agitprop of a commercialized holiday than about a deeper cognitive dissonance and self-delusion. We know greed isn't good, but we nonetheless actively embrace its narcissistic temptations. We tell ourselves the shopping and the profligate spending is about yuletide altruism, when what's really driving sales is avarice. So devoted are we to such avarice, in fact, that we now fuse it to our national holiday of thankfulness and shroud it in the veneer of Christmas spirit, all to preserve materialism as something to celebrate rather than to shun -- or even to question.