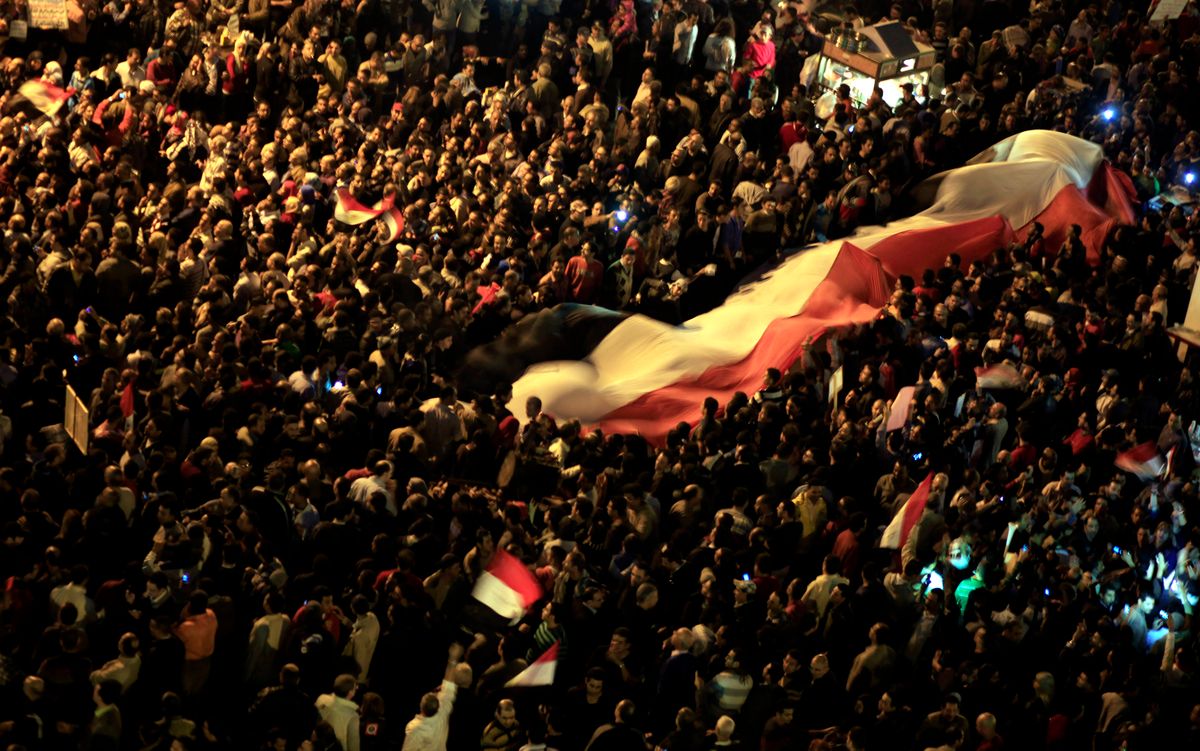 Protests continued in Egypt for a sixth day as demonstrators in Cairo's Tahrir Square demanded that President Mohamed Morsi rescind the decree that they say gives him dictatorial powers.

There were reports of clashes between riot police and demonstrators, according to CNN, with the police firing tear gas and charging at protesters who threw stones. CNN said the police arrested many demonstrators, beating some.

The protesters, nearly 200,000 of them, filled Tahrir Square from Tuesday night into Wednesday. Observers said the crowds were the biggest since former President Hosni Mubarak was ousted from power last year.

Reuters reported that two of Egypt's top courts also stopped work in protest of the decree.

State TV reported that judges from the high and lower courts of appeal said they would not return to work until Morsi rescinds his decree. The constitutional declaration places Morsi above oversight of any kind, including the courts, said the Associated Press. It also places the assembly writing the new constitution above judicial oversight.

Egypt's Cabinet chief, Mohamed Refa'a al-Tahtawi, said there would be no retreating from the decree, according to CNN. He said Morsi would not back down, because his actions were motivated by democratic aims.

The BBC noted that the Egyptian state TV channels have been inconsistent in their coverage of the protests and decree, despite trying to shed the image of being tools of propaganda.

The two main state-owned channels have featured guests supporting and criticizing the decree, but the BBC said they have dedicated more time to those supporting the decree.

Meanwhile, a Muslim Brotherhood official said the assembly working on a new constitution could complete a final draft by Wednesday, which would then go to a popular referendum by mid-December, according to Reuters. If approved, the new constitution would cancel Morsi's decree, which has fueled the protests.

The Brotherhood and other Islamists have called for a rally backing the president on Saturday.