5 reasons to kill the filibuster

The procedure is unconstitutional and undemocratic, and will bring the entire government down with it. Here's why 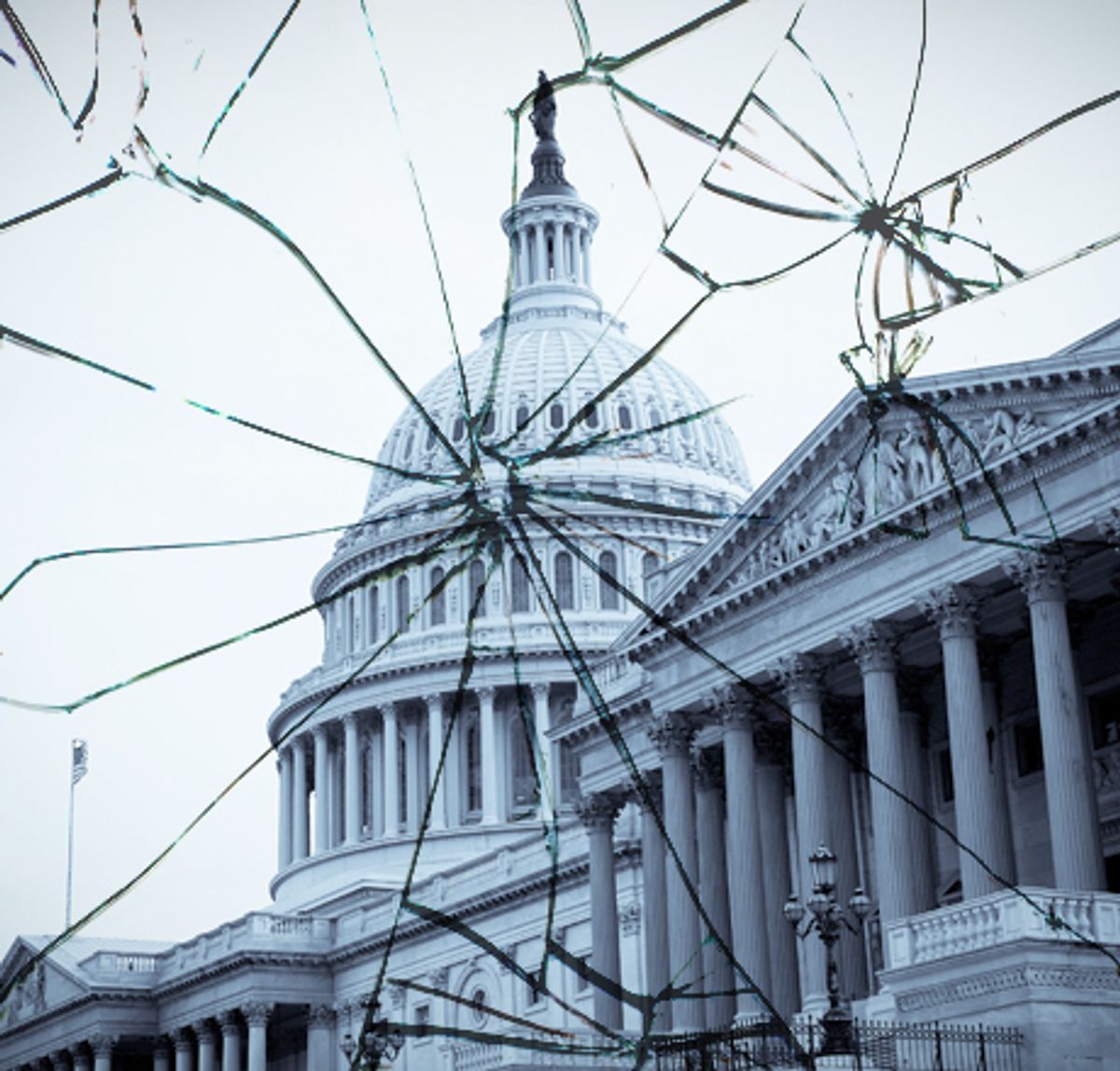 The Senate is currently considering ways to reform the filibuster. That's good, and long overdue, as the filibuster is terrible. Here's why:

1. It’s (probably) unconstitutional: The filibuster appears nowhere in the Constitution and was actually created by accident years later on the advice of the guy who killed Alexander Hamilton, Aaron Burr.

The Senate didn’t realize it had created a loophole for senators to keep debate open forever until after it was too late, and senators have been trying to get rid of it since 1841. Appropriately, the word "filibuster" comes from the Dutch word for “pirate." In 1917, the Senate created the cloture rule, which allows a supermajority to end a filibuster (the original 67-vote threshold was lowered to the current 60 votes in 1975).

The framers actually debated including a supermajority requirement, but ultimately rejected that idea, laying out only six specific cases when a supermajority should be required: impeaching presidents, expelling senators, overriding a presidential veto, ratifying treaties and amending the Constitution. Attorney Emmet Bondurant laid out the case against the filibuster in a Harvard Law Review article last year, and joined with several members of the House to appeal to the Supreme Court to end the practice. A lawsuit will probably never go anywhere, however, as the courts have long stayed out of the other branches’ internal affairs.

2. It’s super undemocratic: The Senate itself is inherently and hopelessly undemocratic, giving the exact same representation to California (with a population of almost 38 million) and Wyoming (with a population of fewer than 600,000), making an individual Californian’s vote worth one just one-sixty-third as much as an individual Wyomian’s in the upper chamber. The filibuster only further distorts this democratic imbalance.

Today, 21 states representing only 11 percent of the population can theoretically muster the 41 votes needed to stop a majority. So hypothetically, a bill that enjoys the support of 89 percent of the American people could be stopped by the filibuster (though that would almost certainly never happen). As Matt Yglesias wrote, this effect “undermine[s] democratic accountability by blurring the relationship between election results and policy outcomes -- what you want is for election winners to be held responsible for the results, but to do that you can’t let the losers play a major role in shaping policy.”

3. It’s ruined the Senate: By now, this is well documented and universally understood. The number of filibusters and cloture votes has skyrocketed in recent decades and recent Senates have passed fewer bills than any other in the 20th century. But the most maddening part of the filibuster rule is not widely known: Even when the majority leader has the 60 votes needed to invoke cloture, he or she must wait at least two days before holding the real vote. There are actually two cloture votes, the first followed by a 30-hour “ripening” period and the second followed by 30 hours for debate, even if there is nothing left to debate. So while the 60-vote threshold makes it nearly impossible for Congress to pass important marquee laws like healthcare reform or cap-and-trade, the two-day waiting period makes it nearly impossible to pass lower-profile legislation or quotidian housekeeping bills where it’s unfeasible to waste two precious legislative days on cloture.

4. And it will bring down the other two branches along with it: Senior judicial and executive branch nominations must be approved by the Senate and are subject to the filibuster. On one hand, this is bad as it allows senators to play political games with qualified high-profile nominees (like for secretary of state, for instance). On the other hand, it’s even worse because, as with low-profile bills, it’s often not feasible to invoke cloture on district court judges or obscure administration positions.

This leaves important, if largely unknown administration positions vacant for months or years, crippling the government's effectiveness. Though ad hoc agreements have removed the judicial logjam at times, experts warn of a “crisis” in the federal courts where judges are retiring without being replaced quickly enough thanks to filibusters in the Senate. At one point last year, Chief Justice John Roberts even took the unusual step of publicly calling on Senate Republicans to stop their obstruction of judicial nominees as it was hollowing out the federal bench.

5. We don’t need more checks and balances: The federal government was designed to be inherently inefficient in order to prevent radical swings in policy when new parties take control. That’s fine and good. But there are plenty of checks and balances with two houses in the legislature, the committee process, presidential vetoes and judicial review without a supermajority requirement in one of the chambers. As noted earlier, the founders didn’t intend for it to be this way.

Presumably, if the filibuster were such a brilliant ideas, other democracies would follow our lead when setting up their own legislature. That hasn’t happened. Looking at state legislatures, the same is true. In the rare instances when supermajorities are required, like in California, where you need two-thirds of the votes to raise taxes, the effect has been disastrous.

Say we had an opportunity to start over and build a government from scratch, would we create a filibuster? This is isn’t just a thought experiment, and the answer is no. The U.S. largely drafted the postwar constitution of Japan and Germany, but included no supermajority requirements.