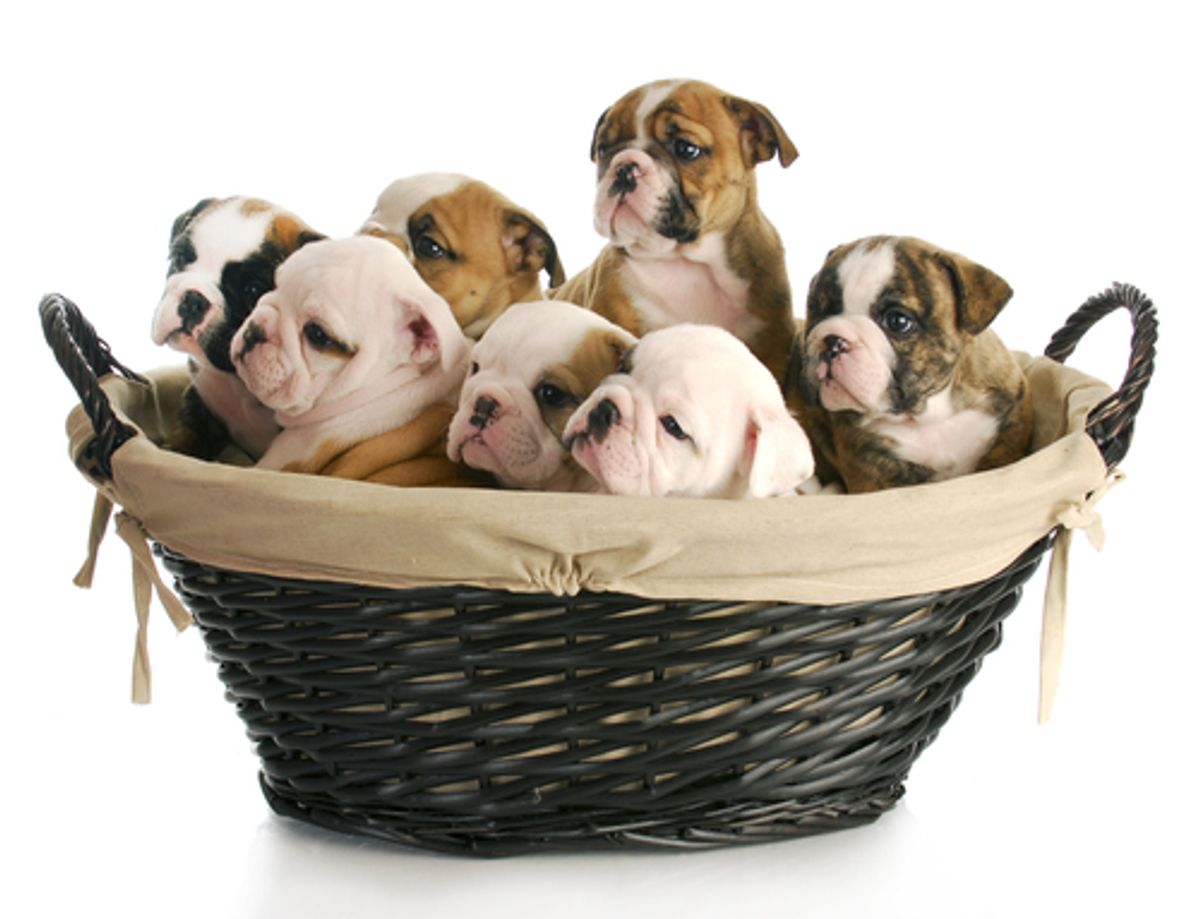 According to Think Progress, Ohio is "one of the epicenters of cruel 'puppy mill' style dog breeders" with virtually no legal oversight of breeders -- until now. A new law passed Tuesday goes some way in restricting breeders' ability to mistreat dogs. Via Think Progress:

The new Ohio law, among other provisions, “requires state licensing and inspection of breeders who annually sell 60 dogs or at least nine litters; authorizes Ohio’s agriculture director to specify standards of care; and denies licensing to anyone convicted of animal cruelty in the last 20 years.” These reforms are badly needed: a recent puppy mill case involving 241 dogs has resulted in 723 counts of animal cruelty because “dogs and pups [were] living in horrid conditions and many were sick, emaciated and had visible infections and sores.”

Ohio animal activists remain concerned that veterinarians who conduct the newly legislated inspections could be in the pockets of the the "puppy mill" industry, but, as Think Progress noted, the new bill is seen as a step in the right direction in a state with an abysmal animal rights track record.