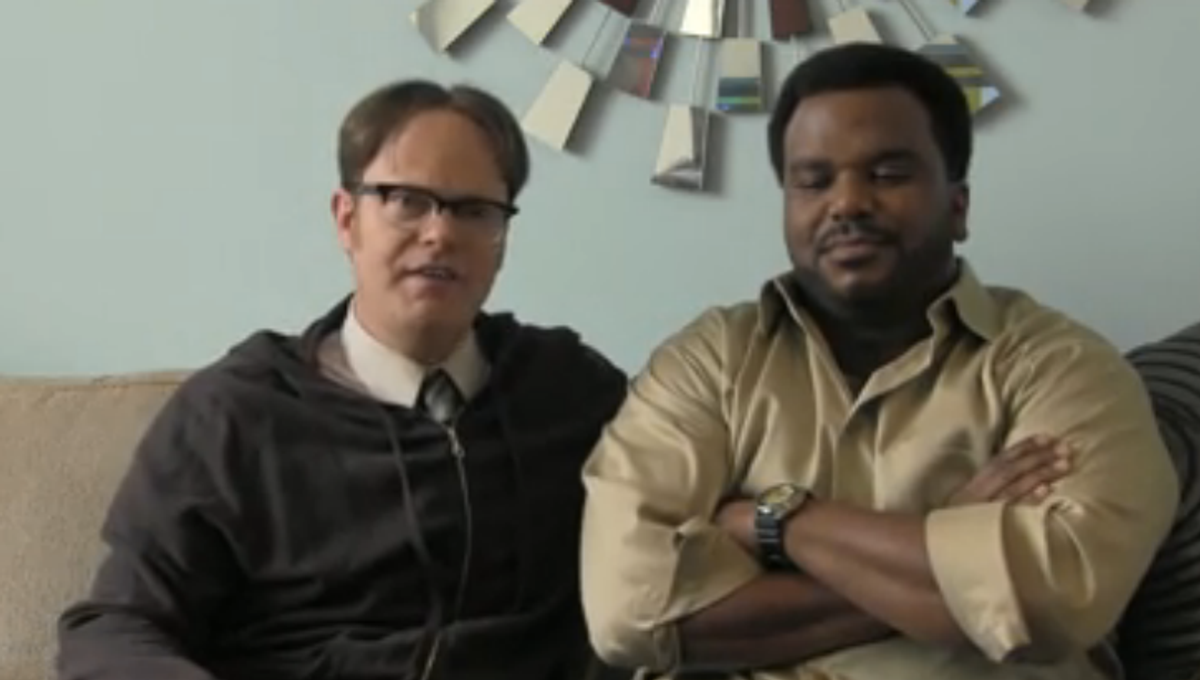 After "Two and a Half Men's" Angus T. Jones broke down on camera begging viewers not to watch the "filth" that is his show, comedian Rainn Wilson seized the opportunity to make comedic gold. Wilson, along with "Office" co-star Craig Robinson (Darryl Philbin) taped a brilliant parody saying, "'The Office' is nothing, okay. If you watch 'The Office,' please don't watch 'The Office.'"

Wilson's parody effectively turned into an ad for the show, as he reiterated not to watch the show's final season, which airs at "Thursday nights, 9 o'clock, on NBC." "It's the enemy," said Wilson. "Hopefully people will listen to me, and not watch this filth called 'The Office.'"

For the record, Jones has since apologized for his religious, anti-show rant.