Romney's top strategist says his guy did fine because he won every group except folks making under $50,000 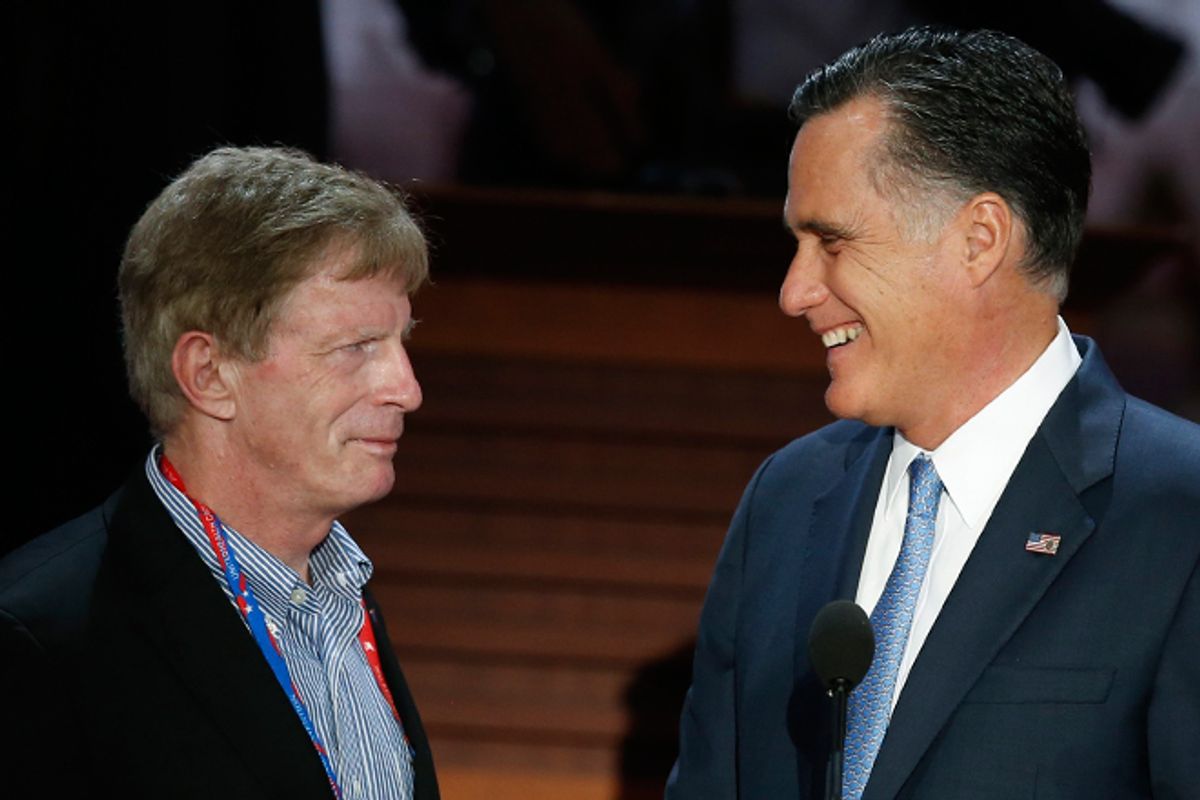 When the Romney campaign seemed to implode in September and the blame game began, lots of blame got dumped on top strategist Stuart Stevens. Not surprisingly, Stevens has penned a defense of his candidate and his campaign – and it's delusional, divisive and unbelievably stupid.

In his Washington Post Op-Ed, "Mitt Romney: A good man. The right fight," Stevens seems to argue that Romney practically won, because he won a majority of voters who make more than $50,000 a year. "That means he carried the majority of middle-class voters," Stevens claims. What a skewed, self-serving way of dividing up the world.

First of all, the median household income in the U.S. is $50,000; median personal income is around $40,000. So most Americans make less than $50,000; they're not some tiny fringe group. Also, I'm sure that lots of people who make in the $25,000 to $50,000 range consider themselves middle-class. They'll enjoy Stevens consigning them to the pool of low-income Obama dependents. And the notion that voters who aren't middle-class don't matter is disturbing, but no surprise coming from the guy who backed Mr. 47 Percent.

Stevens also consoles himself that where John McCain lost young white voters to Obama in 2008, Romney won them by 7 points in some polls. Wow, that's some consolation for losing African-Americans, Latinos and Asians by 40 to 90 points. I'm disappointed that President Obama got less of the white vote, and even the white youth vote, than he did in 2008. But after four years of Republicans' race-baiting and demonizing our first black president, it may be remarkable that he did as well as he did.

Stevens blames Romney's troubles on his unpopularity with "DC's Green Room" culture. His prose gets purplish when he talks about Romney's bonds with plain old voters:

Nobody liked Romney except voters. What began in a small field in New Hampshire grew into a national movement. It wasn’t our campaign, it was Mitt Romney…In the debates and in sweeping rallies across the country, Mitt Romney captured the imagination of millions of Americans. He spoke for those who felt disconnected from the Obama vision of America. He handled the unequaled pressures of a campaign with a natural grace and good humor that contrasted sharply with the angry bitterness of his critics.

And Stevens all but claims Obama beat Romney because he's black:

There was a time not so long ago when the problems of the Democratic Party revolved around being too liberal and too dependent on minorities. Obama turned those problems into advantages and rode that strategy to victory. But he was a charismatic African American president with a billion dollars, no primary and a media that often felt morally conflicted about being critical. How easy is that to replicate?

Earth to Stuart? Those "minorities" are about to be the majority.

Essentially Stevens advises Republicans to stick to their elitist, plutocratic guns, because the Democrats won't have a charismatic black guy fronting for them in 2016. Go ahead, GOP, listen to him. Please.