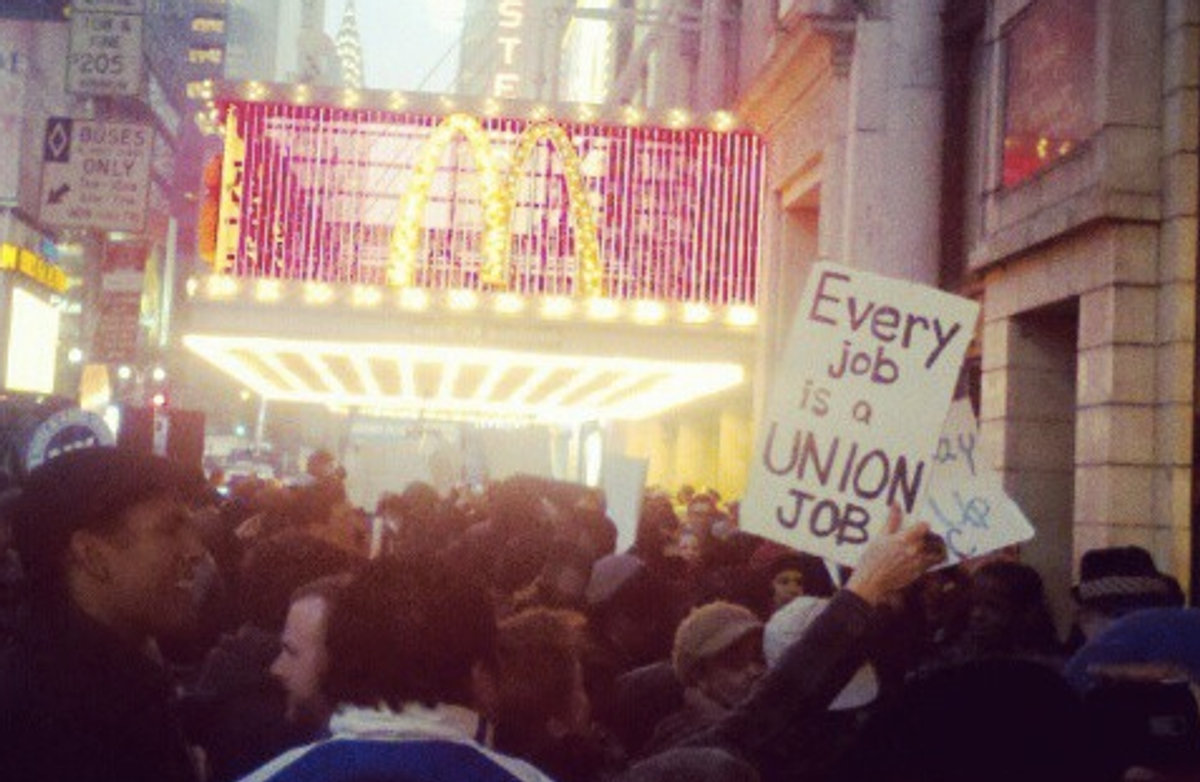 Reports from organizers rallying in Times Square in support of the strike suggest that as many as 200 workers walked out Thursday to demand fair wages. The Huffington Post noted that employees, the majority from McDonald's around the city, continued to walk off the job throughout the day, making official strike numbers difficult to confirm. "At a McDonald’s on Madison Avenue at 6:30 am, 16 workers picketed. According to Raymond Lopez, one of the 16, that was almost half of the store’s total workforce of 40 people," HuffPo noted.

Radio Dispatch host John Knefel and writer Jesse Myerson, both reporting from the Times Square rally, posted the comments and chants of some one-day strikers on Twitter:

Following unprecedented industrial action by Wal-Mart workers leading up to and during Black Friday, today's strikes are more evidence of a growing militancy among nonunionized service and retail workers.

Christine Quinn, the speaker of the New York City Council who plans to run for mayor, tweeted her support for the strike, writing, "I support fast food restaurant workers' rights to organize and fight for decent wages." The New York Times pointed out that Quinn "has struggled with various measures intended to improve wages and working conditions in the city."