Republicans just don't get it 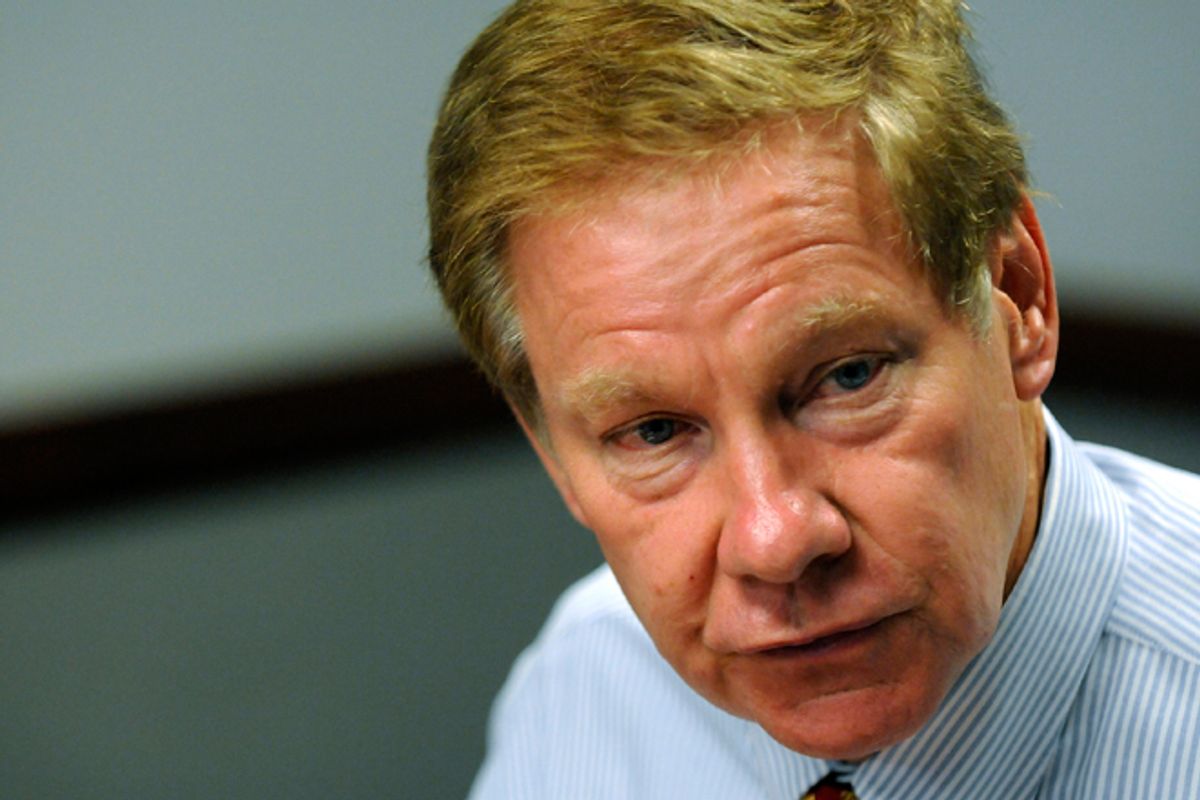 On Wednesday I finished my piece on Mitt Romney strategist Stuart Stevens boasting that President Obama "only" won the votes of Americans who earn less than $50,000 – that's most people, by the way – and rushed to MSNBC's "Hardball" to discuss the GOP's diversity problems with supposedly moderate former Congressman Tom Davis of Virginia.

It was a calm, respectful conversation, until Davis volunteered that Romney lost because of Obama's voter turnout operation – specifically, his ability to turnout "underclass minorities" and "particularly those who orient toward the city" who were "pulled out of the apartments." Since we had been talking about the GOP's problems with women and people of color, I respectfully offered Davis some "free advice" – that it might be time to retire the term "underclass." It got worse.

Davis mumbled about the term not being "politically correct," and when I referenced Stevens's slur against people who make less than $50,000 a year, many of whom are actually middle class, Davis jumped in: "That's not where the voter turnout came, if you know your voter stats, it was really people who were making even less than that, pulled out of the apartments…groups that traditionally haven't voted." (Yes, I caught the condescending "if you know your voter stats.")

Davis's "underclass minorities" remark has gotten a lot of attention – Salon flagged it and posted the video here – but I want to spend a moment on his concern about "groups that traditionally haven't voted." To be fair, Davis wasn't accusing Democrats of voter fraud, the way other Republicans have. But he still seemed unsettled by the fact that the president turned out people who "traditionally haven't voted" – who were "pulled out of the apartments" even! Yes, there are all sorts of hoary racial stereotypes jumbled up in those words, and class stereotypes as well.

Republicans don't know what to do when "groups that traditionally haven't voted" turn up at the polls. Because they know they lose. And this is an ancient struggle, predating this country's founding but embedded in its DNA. We sometimes forget: There once were property requirements to vote in many states. It wasn't until 1830, more than 50 years after our nation's founding, that white men had universal suffrage (of course it took a lot longer for black men and longer still for women.) Even after that, we fought a long voting rights struggle against poll taxes and literacy tests and other ways to keep African Americans from voting in the South.

Because Republicans and the powers that be know one thing: If every eligible voter actually voted, we would live in a very different, much more just and more fair world. A world with less economic suffering and much more opportunity. Even allowing for the fact that some working class people don't vote their own economic interests, whether because of culture or religion or race: If we made sure that lower-income people voted in the same proportion that upper income people do, the GOP would be on an even faster path to extinction than it is currently.

That's what accounts for the new GOP push for restrictive voting laws. Republicans are no longer talking as much about "fraud," which has been proven to be virtually non-existent; they're owning up to the fact that the new laws are intended to suppress the turnout of minorities and poor people who came out to vote in record numbers in 2008 and then again in 2012. Those folks who were "pulled out of the apartments" by the Obama campaign.

I should note that former John McCain strategist Mike Murphy is one of the handful of Republicans that sort of gets it; I'm sure Murphy and I would disagree about exactly how his party can fix its problems, but he certainly sees its problems clearly. Writing in Time today, Murphy laid it out this way:

The Republican challenge is not about better voter-turnout software; it is about policy. We repel Latinos, the fastest-growing voter group in the country, with our nativist opposition to immigration reform that offers a path to citizenship. We repel younger voters, who are much more secular than their parents, with our opposition to same-sex marriage and our scolding tone on social issues. And we have lost much of our once solid connection to the middle class on kitchen-table economic issues.

Sadly, even Murphy doesn't talk about how his party can reach the poor, or African Americans, a third of whom voted for Richard Nixon in 1960, but who abandoned the GOP over its ongoing opposition to civil rights. Still, Murphy's diagnosis and prescriptions are a start; he is of course being vilified by the right as I type these words, and my praise won't make him any more popular.

Finally, a word about the word "underclass." I chided Davis for using the term, calling it "dated." It's more than dated; it's ugly and divisive. I also talked about how middle class people were getting lumped into Stevens' and Davis's stereotypes of low-income Obama voters, but the fact remains that yes, most poor people voted for Obama, and that's a good thing, for them and for the president. In my effort to be polite, I probably soft-pedaled the point. Dismissing them as an "underclass" is just another way that Republicans blame the poor for their poverty and place them outside the American family.