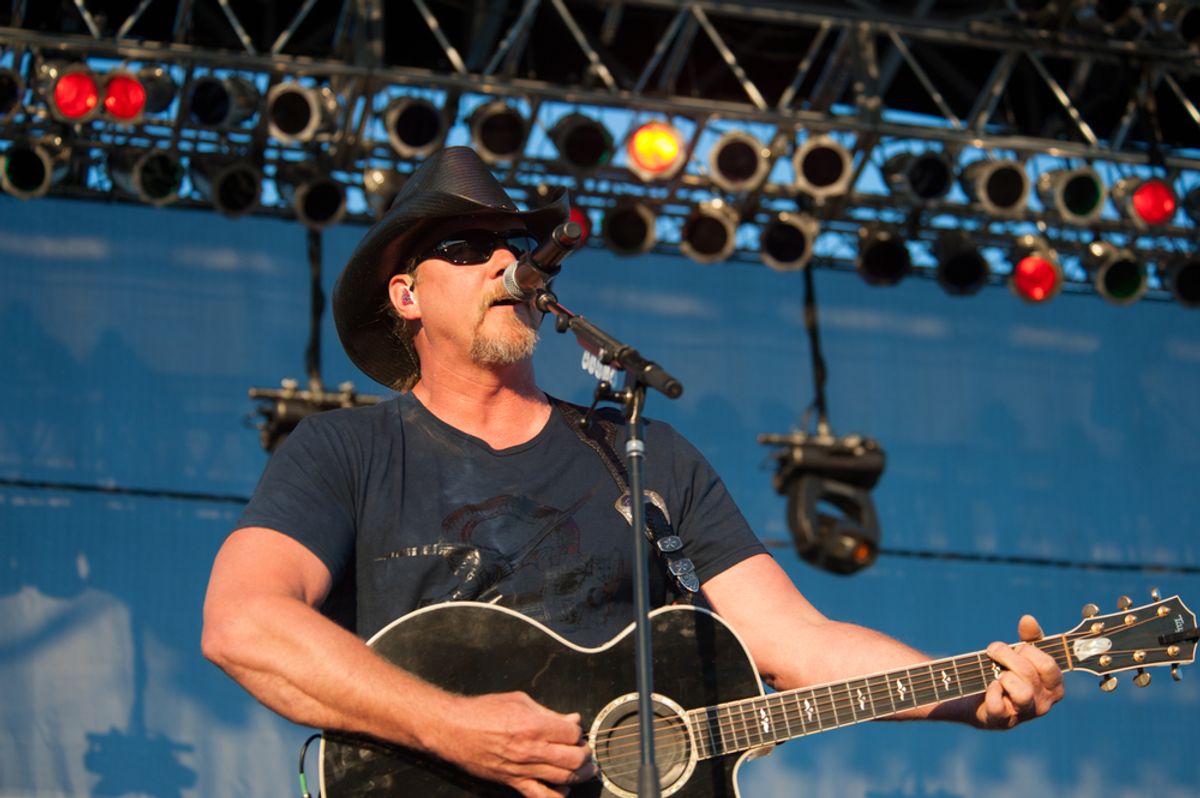 Country singer Trace Adkins last night addressed criticism he received for wearing a Confederate Flag earpiece to the Rockefeller Center's Christmas tree lighting in New York earlier this week. In a personal note on his Web site, Adkins clarified that he objects to "oppression of any kind," and that the flag instead represents "remembrance of my Southern lineage."  "I am a descendant of Confederate soldiers who followed that flag into battle," he wrote. "To those who view the flag as a symbol of racism, that was not my message and I did not intend offense.”

In his note, Adkins, who is now on USO tour in Japan, advocated an "honest conversation about our Country’s history." This is the second time in recent months that a Southern musician has attempted to strip the Confederate Flag of its controversial association with the slavery of the antebellum south. And Abraham Lincoln, for one, isn't buying it: