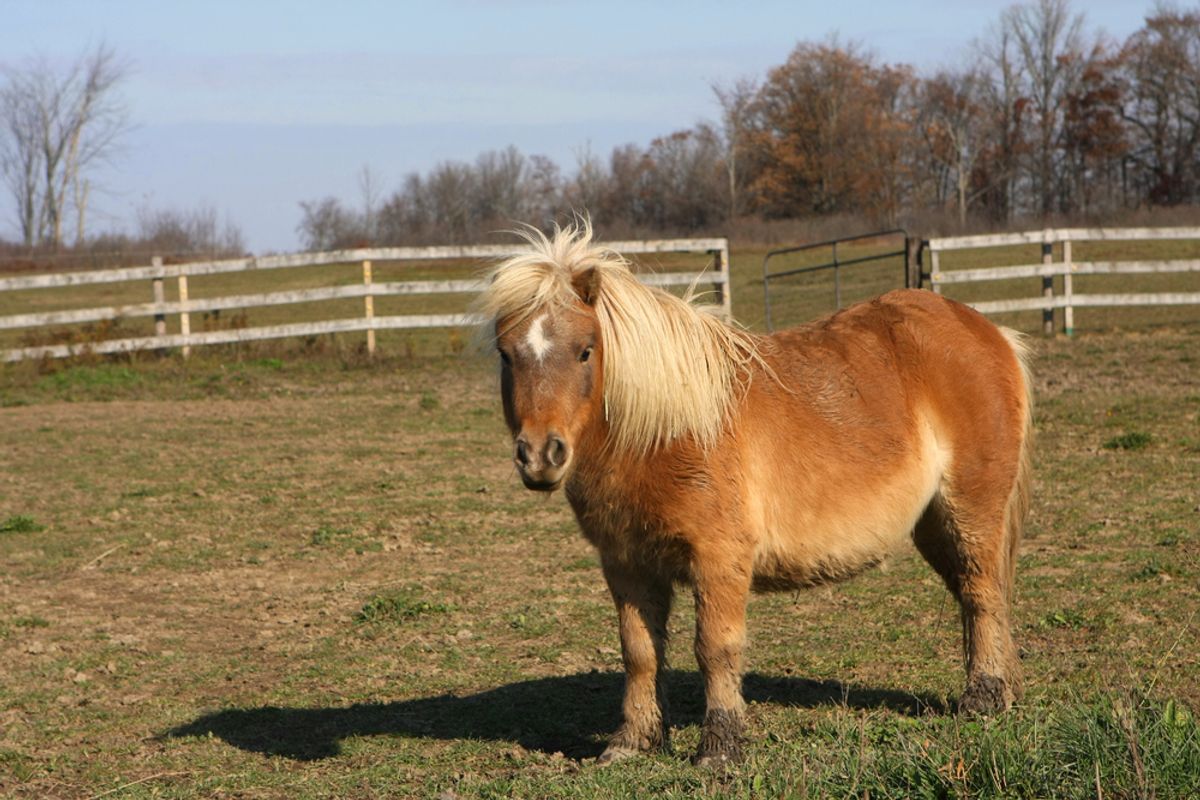 WEST BEND, Wis. — Tinker may be miniature -- as in a miniature horse -- but he's a big money raiser for the Salvation Army.

He uses his mouth to hold and ring a red bell, and he picks up with his mouth a "Thank You Merry Christmas" sign. He can also bow and give kisses.

Major Roger Ross, a Salvation Army commander, said Tinker is one of their biggest money raisers in the area: He brings in 10 times the amount of a regular bell ringer.

"A good kettle for a couple of hours brings in about $250, and for the same time period (Tinker and his owners) have been known to bring in $2,500," he said. "They line up to put money in the kettle."

The 13-year-old horse, who's brown, black, grey and white, has been ringing for four seasons.

"I actually save up all my donation and give it to Tinker because I have such a soft place in my heart for him," said Karen Hammen, who gave money while Tinker stood outside a West Bend craft show on a recent Saturday morning.

One of Tinker's owners, Carol Takacs, said she and her husband got Tinker 12 years ago. She said she went to look at a property, fell in love with the miniature horses there and asked that one be part of the deal.

"About three or four years ago, I was walking out of a store and there was a bell ringer and I gave," she said. "I started thinking 'I wonder if I can help make this even more interesting.' So I went home and I started working with Tinker."

His name was Tinker when they got him, Takacs said.

"As fate would have it, I could not have named him more appropriately if I had tried," she said.

Before appearances, she spends a half-hour vacuuming his mane and fur and puts glitter on his hooves, a bell on his backside and a Santa hat on his head. And -- of course -- Tinker wears the Salvation Army apron.

She also made pins with his face on it -- a gift for every $5 donation.

While most people are wooed by Tinker and his decorations, she said some don't believe he actually holds and rings the bell.

"We don't do that with Velcro or glue. There's nothing on his bell. He knows that this is his job, and he does it very well," she said.