What's next for the anti-abortion movement?

After an election night thrashing, the movement hopes to make its message more palatable to the public 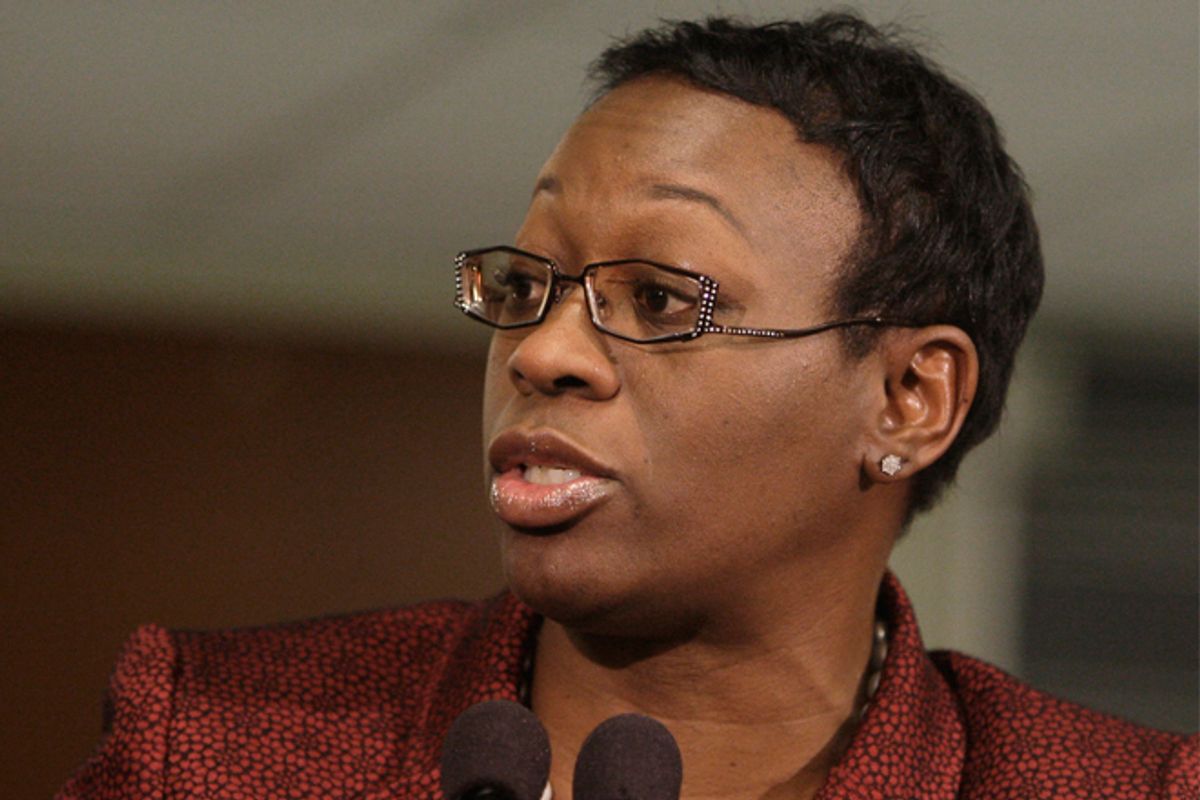 Ohio's Heartbeat Bill, which would have banned abortion as early as six weeks, is dead, and it's all Mitt Romney's fault. So much for the heart-shaped balloons and the circus-like spectacle of a fetus "testifying" in the form of a live ultrasound before the legislature. But can the state that remains a bellwether for presidential elections tell us what's to come in the next abortion-rights battles?

This week, Ohio's Republican Senate president, Tom Niehaus, explicitly took President Obama's win as a referendum on abortion rights, saying he'd told supporters that he would only allow a vote on the bill in the event of a Romney victory. He also said the bill's proponents were incredibly annoying, including to people ostensibly on their side.

"We saw tactics that I did not appreciate, and my members did not appreciate," Niehaus said. And for a small faction of the pro-life community to target the most pro-life group of senators in recent memory was to me outrageous." He even praised Planned Parenthood, which his fellow Republicans had been busily trying to defund: “From my perspective, you have to look at the entirety of the work that is done by Planned Parenthood, and I believe that they offer much-needed services that are not offered other places.”

It was a classic example of the internal struggles of the right-to-life movement, between the absolutists who want to get the courts to overturn Roe v. Wade all at once by setting blatant traps like the heartbeat bill, and those who want to chip at it, one misleadingly named incremental bill at a time. Both Niehaus' words and the humiliating election-day rejections of Todd Akin and Richard Mourdock suggest that the absolutists are in trouble, at least for now.

None of this suggests that everyone who got outraged this year should go home and enjoy those free abortion gifts Obama's been handing out. (Wait, those aren't part of Obamacare?) Indeed, the struggles in the statehouses and the court room continue apace, mostly trying to undo the damages of the laws that were passed in the past couple of years: Mississippi's only abortion clinic fighting to stay open, ongoing litigation against unconstitutional 20-week bans aimed at the Supreme Court. We don't know whether the state legislatures that will be seated next year will read the election results the same way Niehaus did; with a pro-choice president in the White House, the anti-choice movement is likely to focus on the states more than ever. And as activists demand that the president reverse his politically pandering move to prevent emergency contraception from being sold over the counter, expect the other side to start falsely claiming that it's abortion being sold over the counter to pre-teens.

For true soldiers of the struggle against abortion (and often contraception), the election was not a sign that they should back down; it was a sign that they should get more diplomatic about their intentions as well as return to putting pro-choicers on the defensive. In a recent piece published at LifeNews, Susan B. Anthony List's president Marjorie Dannenfelser wrote, "There is no sugarcoating it: The re-election of the most pro-abortion president in our nation’s history was an incredible blow to our movement and to the fate of countless innocent unborn babies and vulnerable women." But, she said, the problem was that Mitt Romney's campaign hadn't talked about abortion enough, under the belief that everything would have been different if more people had heard about how Obama voted when he was a state legislator on precisely the kind of grisly, baiting anti-choice legislation (banning "partial birth abortion") that helped their side win the '90s.

The trouncing of Akin and Mourdock, says Dannenfelser, did not mean that the electorate was rejecting an agenda of pseudoscience and lack of compassion towards rape victims. She offers two solutions: "1) Our candidates must be better trained to articulate their pro-life position. 2) We need more women candidates." The answer, in other words, is better media training.

She may well be right: The "Kinsley gaffes" (a politician accidentally telling the truth) allowed voters to see beyond rhetoric about fetal rights and compassion and toward the essential cruelty and misogyny of the anti-choice position. And these gaffes were primed for 140 characters and cable news outrage. The question is, if the movement gets savvier and subtler, and if everyone thinks this election beat back the extremists once and for all, will it work?