The Gaza Strip, in a theater near you

Forget the Civil War. The Israeli-Palestinian conflict is the dominant political story of the movie season 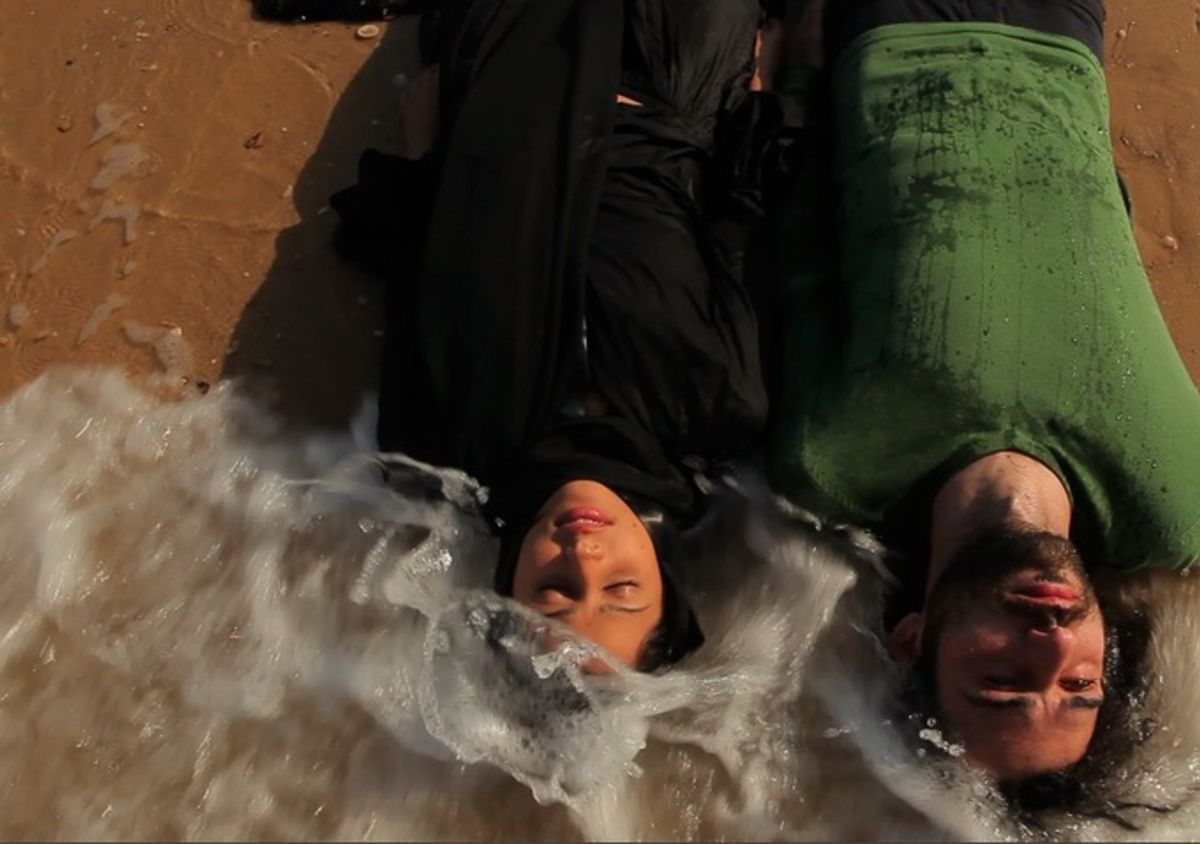 This piece originally appeared on Indiewire.

The appeal of any given war movie tends to involve the historical distance it allows from the subject at hand. With few exceptions, such as the unlikely (and delayed) popularity of "The Hurt Locker," mainstream war movies avoid the ambiguities of present-day conflicts. Set some 150 years ago, Steven Spielberg's "Lincoln" acknowledges the grave loss of human life that the Civil War created while extolling the titular leader's capacity to end it. While deeply reverential toward the dead, "Lincoln" is defined by the celebration of the capacity for salvation from wartime strife, a key factor driving its stature in the realm of serious popular culture.

Meanwhile, movies grappling with the current Israeli-Palestinian conflict -- where Hamas continues to trade deadly rockets with Israeli forces at the cost of many lives -- populate a smaller number of theaters this fall. While none may receive nearly the same exposure as "Lincoln," collectively they signal a far more dire situation by analyzing it in real time. They're also exceptional works of art, furious statements about the vanity of conflict and uniformly devoid of potential solutions. This is true cinema of the moment, provocative and devastating but utterly essential to understanding the world.

If you only believe what you read in the papers, the Israeli military consists of little more than a belligerent attack machine, regardless of whether or not the battle's justified. Such a narrow, distant perspective obscures the menacing backroom conversations and brilliant calculation driving Israel's armed forces, a process demystified in two startling new documentaries.

"The Gatekeepers," opening in limited release, is Dror Moreh's exposé of Israeli intelligence agency Shin Bet. It contains a handful of remarkably candid interviews with former heads of the usually clandestine organization. While historical by virtue of its subjects, "The Gatekeepers" draws part of its intrigue from the phantom presence of Yoram Cohoen, Shin Bet's current head. We learn from the men who do appear that the organization's entire existence is based around the need to fight back against suspected terrorists, a need exacerbated by the dubious concept of retaliation and other grey areas associated with various offensive measures. It's hard to imagine the country would be safer without Shin Bet in place, although equally unsettling to hear from its former leaders that routine escalations of violence greatly empower them.

"The Law in These Parts" puts that notion of empowerment in a vial and amplifies its darker ingredients. The Sundance-acclaimed film, which opened at Film Forum in New York two weeks ago, simultaneously provides a cogent overview of Israel's history in the Gaza region and delivers an essayistic indictment of the legalese that continues to exacerbate its relationship with Palestinian residents. With an inventive method that blends objective analysis and commentary, Ra'anan Alexandrovicz assembles aging military legal professionals responsible for constructing the documents used to enforce Israeli rule in the territories between the West Bank and Gaza Strip that fell to Israeli rule in the wake of the 1967 War (and remain areas of contention today, with yet another escalation of violence taking place this week).

Alexandrovicz makes clear his frustrations with the nation's court, arguing that judges have tended to treat Israeli settlers with more leniency than their Palestinian counterparts and reciting chilling court cases of Palestinians born into occupation and unfairly maligned by a supposed system of justice. However, he never traps his subjects. The movie's defining image is an empty chair and desk in front of a green screen, its main set, where most of the subjects sit. This allows the filmmaker to superimpose his interviews with footage of Israeli-Palestinian strife in the background, but it's the blank screen that speaks volumes: While Alexandrovicz can explore the past for examples of a misguided system, he's unable to apply that same ire to the present, which remains less clearly defined.

The movie casts a gloomy look at Israel's current state of rule over Palestinian life, but in the absence of any bipartisan voices, the movie hits a palpably mournful note without singling out the prospects of a solution. "When will history look back?" he asks one former judge. "I don't know," comes the reply. "Not next year." His answer is especially unnerving considering that the latest developments suggest nobody plans to revisit these laws anytime soon. Until they do, we have "The Law in These Parts."

No matter where you fall on the nature of that despair, the current spate of new releases provides a firm reminder that even if it's airless, someone has to breath it.

There is a stigma in Jewish communities associated with media from a "pro-Palestinian" perspective.  This is a mercilessly simplistic blanket term, and movies like "The Law in These Parts," which could easiliy fall under that category, actually convey a frantic plea for resolution. Alexandrovicz doesn't advocate for Hamas; his concerns lie with innocents persecuted by virtue of nothing more than their ethnicities and where they happen to reside. The polemics relate a human drama, not a political one, the distinction also made clear in the newly released romance "Habibi."

At Brooklyn's reRun Gastropub Theater, Susan Youssef's heartbreaking first feature follows a pair of young Gaza residents embroiled in an affair doomed to fail. The story begins in medias res, with Layla (Maisa And Elhadi) in a clandestine relationship with poet Qays (Kais Nashif). Restricted by the financial and social challenges involved in marrying Layla, Qays watches in vain as her father attempts to marry her off to a wealthy Hamas sympathizer. As their situation grows increasingly desperate, Layla and Qays turns into powerfully tragic representations of ordinary life under the boundaries of Palestinian borders.

Youssef's strongest image results from Qays' tendency to scrawl love poems about Layla on walls separating Palestinian and Israeli territory. His lyrics, scrawled on stone in red paint, stare back at the community while young residents hurl rocks over the wall and gunfire echoes from the other side. Caught in the middle of endless turmoil, the humanity of his words sits prominently in the midst of conflict but falls on deaf ears.

Anything but anomalies, these movies arrive in theaters in a year rich with many attempts to wade through the tense environment that defines Israeli-Palestinian relations beyond the political arena. "5 Broken Cameras," Emad Burnat and Guy Advidi's intense first-person account of non-violent resistance in a West Bank village, captured on grainy videotape shot by Burnat as his his situation grows increasingly trecherous. His story provides a tense reminder of the personal dimension rarely captured in media reportage. The Other Israel Film Festival, which wrapped its sixth edition in New York two weeks ago, aims to showcase films "by and about Arab and minority populations living in Israel." A recent article about the program in the New York Times observed that much of the selection "reflects the airless despair that hovers over the Israeli-Palestinian conflict." No matter where you fall on the nature of that despair, the current spate of new releases provide a firm reminder that even if it's airless, someone has to breathe it.