Tyranny of the happy ending 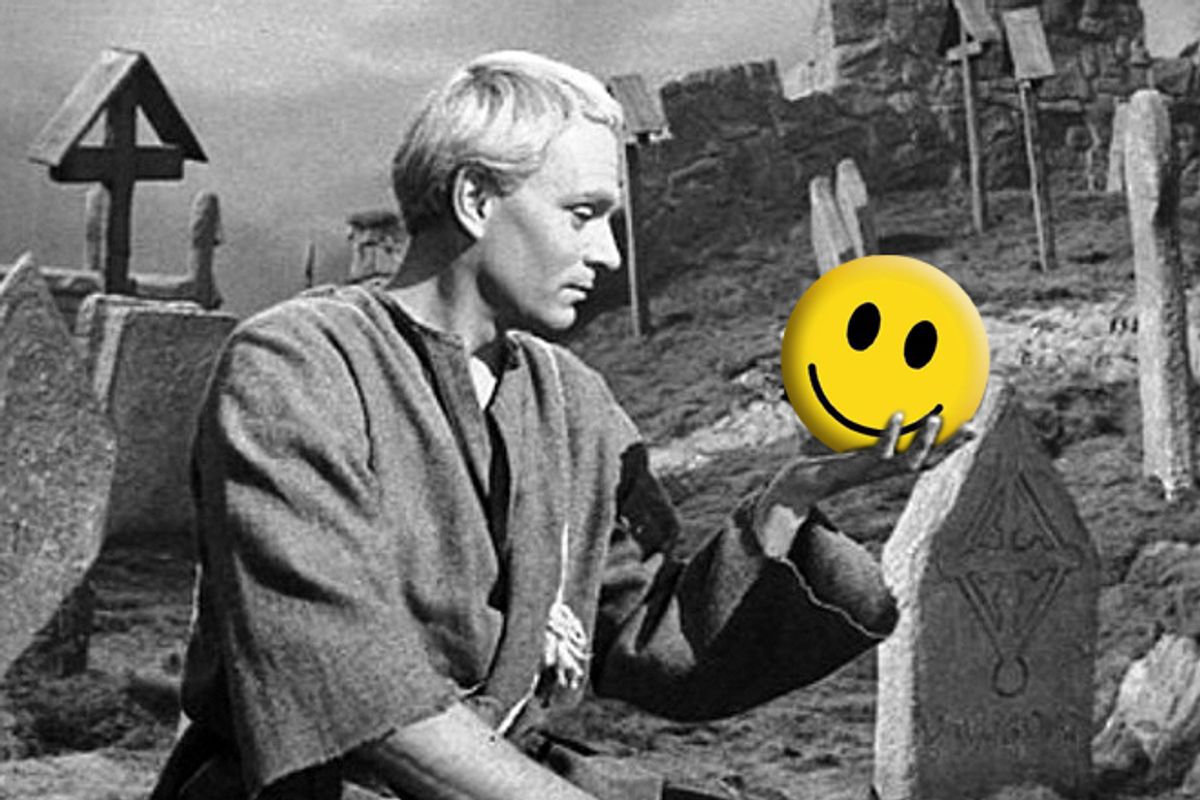 British librarians recently tallied up the number of times they've loaned out 50 classic novels over the past 20 years. They found that some authors -- specifically Charles Dickens and Jane Austen -- are more widely read than before, while others -- George Eliot and Thomas Hardy -- have suffered a decline in popularity. Determining what people are actually reading (as opposed to which books they merely buy or download -- with the best of intentions!) is a lot trickier than you might think. But if anyone has a decent grasp on which literary works are standing the test of time with the average reader, it's librarians.

Asked by the Telegraph newspaper to explain why Eliot and Hardy have fallen out of favor with the public, John Bowen, a professor of 19th-century literature, suggested that readers increasingly prefer "more optimistic and comic novels, with happy endings." A staffer of the agency that conducted the survey noted that libraries always see an upsurge in loans of books by authors whose work has been dramatized on film or television. (Elizabeth Gaskell got one of the biggest boosts during the two-decade span, thanks to a popular BBC adaptation of her novella "Cranford.")

Happy endings and film adaptations: That might sound like two different explanations for a surge or dip in readership, but in essence they're one and the same. These days, it's the rare filmmaker who chooses to adapt a classic novel in the tragic vein -- the current version of "Anna Karenina" is a notable exception. Whether it's "Pride and Prejudice," "Bleak House" or Gaskell's cozy Cranford stories, the source material almost always ends in heartwarming reconciliation and at least one wedding.

When it comes to popular entertainment, we live in a post-tragic age. There's nothing wrong with a happy ending, of course, and both Dickens and Austen wrote in literary genres that call for just such a conclusion. But romance and comedy are only one portion of the literary and dramatic spectrum, and neglecting the more somber, less reassuring reaches of that spectrum only leaves us with a thinner culture overall. It was not ever thus, either: Tragedy was so popular in 1849 New York that a riot broke out between the fans of two rival actors, Edwin Forrest and William Charles Macready, over which man excelled at portraying such Shakespearean heroes as Hamlet and Macbeth. By the time the melee was over, 25 people had been killed.

In the age of the focus group and the message board, however, commitment to unhappy endings (however appropriate) has withered. The film and television industries, with a nervous eye on the bottom line, try first and foremost to please the audience, whether or not the audience knows best. Nobody wants Romeo and Juliet to die, after all. It is just so terribly sad to invest emotionally in a fictional character only to see him or her perish unfulfilled. "No!" is the audience member's knee-jerk response to the death of everyone from Hamlet to Ned Stark to Willow's girlfriend Tara in "Buffy the Vampire Slayer." If Shakespeare had had fan forums, chances are he'd have been relentlessly hectored by theater-goers demanding that King Lear and Cordelia be allowed to retire to a cottage by the sea.

The problem with this understandable reaction, however, is that without their deaths the story of Romeo and Juliet ends up as little more than a 16th-century version of "Gossip Girl." The audience isn't wrong to want the young couple to live, but they would be wrong if they assumed that the satisfaction of their desire for a happier ending would make for a better play. Too many years of being catered to, of being served up thousands of formulaic, feel-good endings in which victory and love are snatched from the jaws of defeat and loss, have spoiled too many of us. Audiences feel cheated unless they are constantly being reassured that everything will work out well if we all keep the faith, and keep on plugging, whatever the odds against us.

Some aspects of the human experience can only be addressed in a tragic mode, and the truth of "Romeo and Juliet" -- that the intransigence of elders often leads to the sacrifice of youth -- is one of those aspects. The tragic Victorian novels of Eliot and Hardy deal with, among other subjects, the restrictions that class and gender roles impose on heroes and heroines who are capable of much more than their allotted place in society permits. Seeing the intellectual and spiritual yearnings of Maggie Tulliver (in "The Mill on the Floss") and Jude Fawley (in "Jude the Obscure") being crushed is agonizing, but providing either character with a miraculous escape from that fate would render the novels themselves pointless. Their point is precisely that sometimes the best people will fail, and fail utterly.

"Too depressing" is the verdict usually leveled at such books. It's ironic that in a culture swimming with inane, pep-talk nostrums about the triumph of the human spirit and the importance of following your dreams, we have such a hard time seeing what's affirmative about the best tragedies. They show us that a great spirit is still great even when it doesn't win, that aspiration, courage and hope, however doomed, are virtues in their own right. That's why reading (or seeing) "Hamlet" isn't actually depressing, although everyone dies in the end and the hero doesn't even get the girl. Hamlet's moral struggle has meaning despite all that.

Certainly that's how I have always felt when reading about Hardy's Jude Fawley, a stonemason embarked on a hopeless quest to become a scholar, to learn and to understand -- as well as to love freely and truly -- in a world bent on denying him. The impression left on me by "Jude the Obscure" was not the grinding despair of senseless suffering or the sentimental melancholy of those contemporary literary novels that fetishize grief as a badge of "seriousness" (Jonathan Safran Foer, I'm looking at you). Jude's sorrows are towering and eternal, whatever their specific historical causes, and if he is not the "highly renowned and prosperous" man that Aristotle deemed the appropriate hero for a tragedy, this is partly Hardy's point: nobility can be found anywhere.

The truth is that we all lose sometimes, and sooner or later all of us run out of time. Few of us (besides the terminally self-important) want to wallow exclusively in stories that emphasize this fact, but they are nevertheless essential. By not embracing the tragic aspect of life, we not only lie to ourselves, we also begin to lose our ability to see the significance of a human life that transcends mere happiness. By treating art as if its only job is to cheer us up and on, we make it, and ourselves, a lot smaller.