A plan to drive conservatives wild 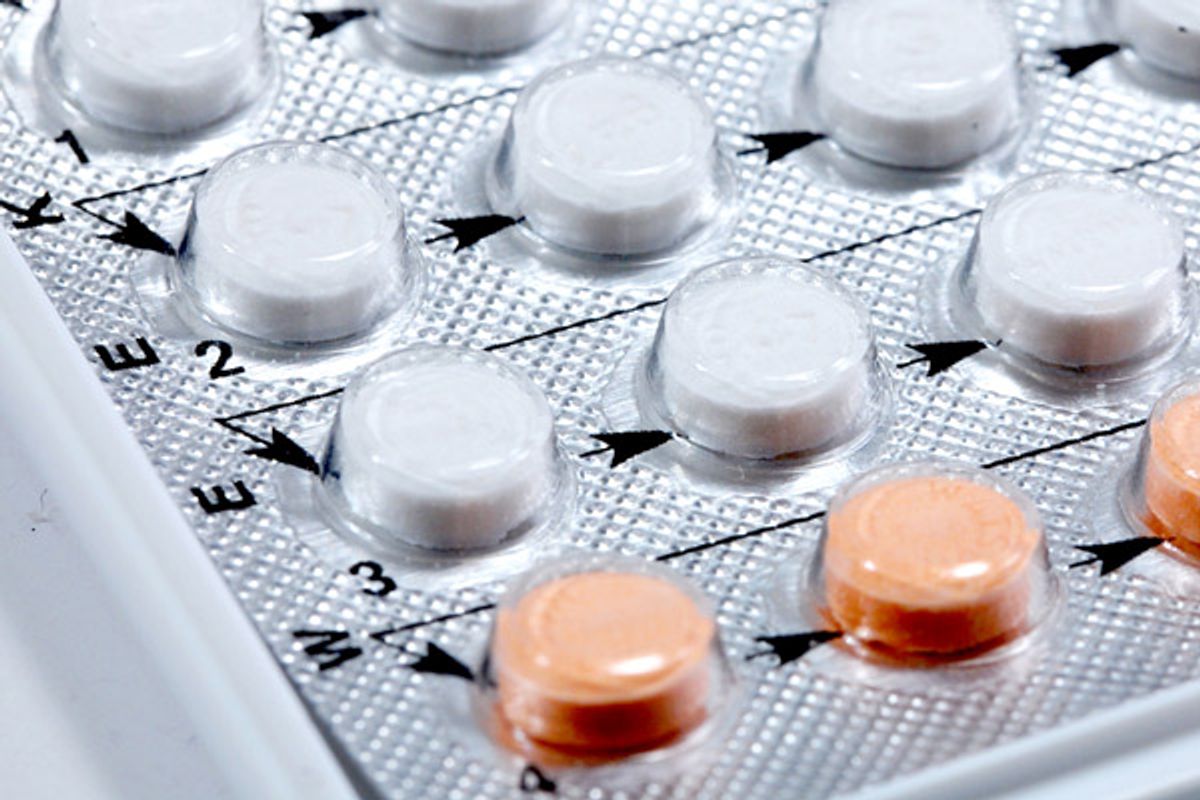 There’s no culture war like the contraception war. And whether you’re a Catholic churchgoer, a Planned Parenthood donor, a House Republican, or a Code Pink activist, there are few better ways to spoil holidays with the in-laws than to bring up birth control at the dinner table.

It was considerate of the American Academy of Pediatrics, then, to wait until after the Thanksgiving weekend to release a policy brief recommending that physicians pre-prescribe emergency contraception—known as Plan B or Next Choice—to teenage patients, in order to ensure their ability to obtain it when needed. Onerous federal laws discourage teens from using so-called “morning-after pills,” despite the enormous human and financial costs of an unplanned pregnancy, and according to the AAP, physicians might remedy the problem by writing high schoolers a script for Plan B long before the morning after.

As it stands, girls younger than seventeen require a doctor’s prescription to purchase the pill. As Princeton’s James Trussell has noted, there’s no medical justification for this restriction, and the list of countries where emergency contraception is freely available includes Iran, Uzbekistan, Sri Lanka, and much of sub-Saharan Africa.

Though Plan B may work as many as five days after unprotected sex, it’s most effective when taken within 72 hours—the sooner, the better. It’s this narrow window that the AAP has in mind with its new recommendation, because broken condoms and sexual assault, unlike Frankenstorms and Denzel Washington blockbusters, arrive with little fanfare and even less warning. What if it’s a Saturday? What if there’s no one to drive you to the clinic? What if you’re supposed to be at field hockey practice? The logic of “prior prescription,” which would allow teens to keep Plan B on hand, stuffed away in a sock drawer, is the same logic of fire extinguishers: you buy one, keep it somewhere safe, and hope you never have to read the instructions.

The sex lives of American teenagers are fertile ground for sociologists and public health officials, so there’s some good data on the need for and efficacy of emergency contraception.

“Despite significant declines over the past 2 decades,” the AAP writes, “the United States continues to have teen birth rates that are significantly higher than other industrialized nations.” (In Scandinavia and much of western Europe, the rate is fewer than 10 births per 1,000 girls aged 15 to 19; in the U.S., the number is triple that.)

Eighty percent of teen pregnancies are unplanned, and a quarter end in abortion. The younger a girl is, the less likely she is to use contraception. The Centers for Disease Control estimates that teen pregnancy costs taxpayers some $11 billion each year in medical bills and lost wages, and notes that just half of adolescent mothers will go on to finish high school.

Plan B, which inhibits ovulation with a high dose of levonorgestrel, has been on the market since 1999. Its clinical trials proved far less torturous than its political ones. In 2003, an FDA advisory panel overwhelmingly recommended that the pill be sold “over-the-counter,” rather than by prescription only, but the agency nevertheless killed the proposal. Two years later, while the FDA dragged its feet on a renewed motion, Susan Wood, director of the agency’s Office on Women’s Health, quit in protest. Finally, in 2011, the FDA determined that a single-pill version of Plan B was safe for over-the-counter sale to all teens—until Obama’s secretary of health and human services, Kathleen Sebelius, stomped on the decision, in what was widely denounced as electoral calculus.

The notion that emergency contraception will encourage teens to have risky or unprotected sex has been widely tested and found to be—and this is non-scientific nomenclature—bull. A 2007 Obstetrics & Gynecology literature review looked at eight randomized, controlled trials involving 6,400 patients and found that “advanced provision” allowed women to take the pill more quickly (by some 14 hours) but did not discourage the use of condoms or other contraceptives, nor did it cause an uptick in STIs. In other words, the patients treated Plan B like a backstop, not a cure-all. A 2002 study, conducted in inner-city Pittsburgh, found that teen awareness of emergency contraception was on the rise, but many girls remained confused about how and where to obtain the pill.

Indeed, misinformation abounds: in a Pediatrics report published earlier this year, a team from Boston University made phone calls to more than 900 pharmacies, posing as 17-year-old girls looking for Plan B. The “girls” were routinely given bad advice, put on hold, or told that they couldn’t obtain emergency contraception under any circumstances. In nearly half the calls, the pharmacist didn’t explain that, at 17, the caller wouldn’t even need a prescription for the pill.

Several qualitative studies, including one in Social Science & Medicine, have found that few teens, young or old, rely on emergency contraception as their only form of birth control. More often than not, it’s a broken condom that sends a girl on a midnight trip to CVS. Sometimes, of course, the truth is even uglier: according to a 2010 report in the Journal of Pediatric & Adolescent Gynecology, 13 percent of teens reported using Plan B because of “nonconsensual penetration.”

In this light, the American Academy of Pediatrics’ recommendation seems rather less radical and more commonsensical. Such swift strides are a good reminder that, in the global marathon against teen pregnancy, our country is still racing to catch up.