By accepting my vice as a disease, I created the mother of all rationalizations -- and gave myself an easy out 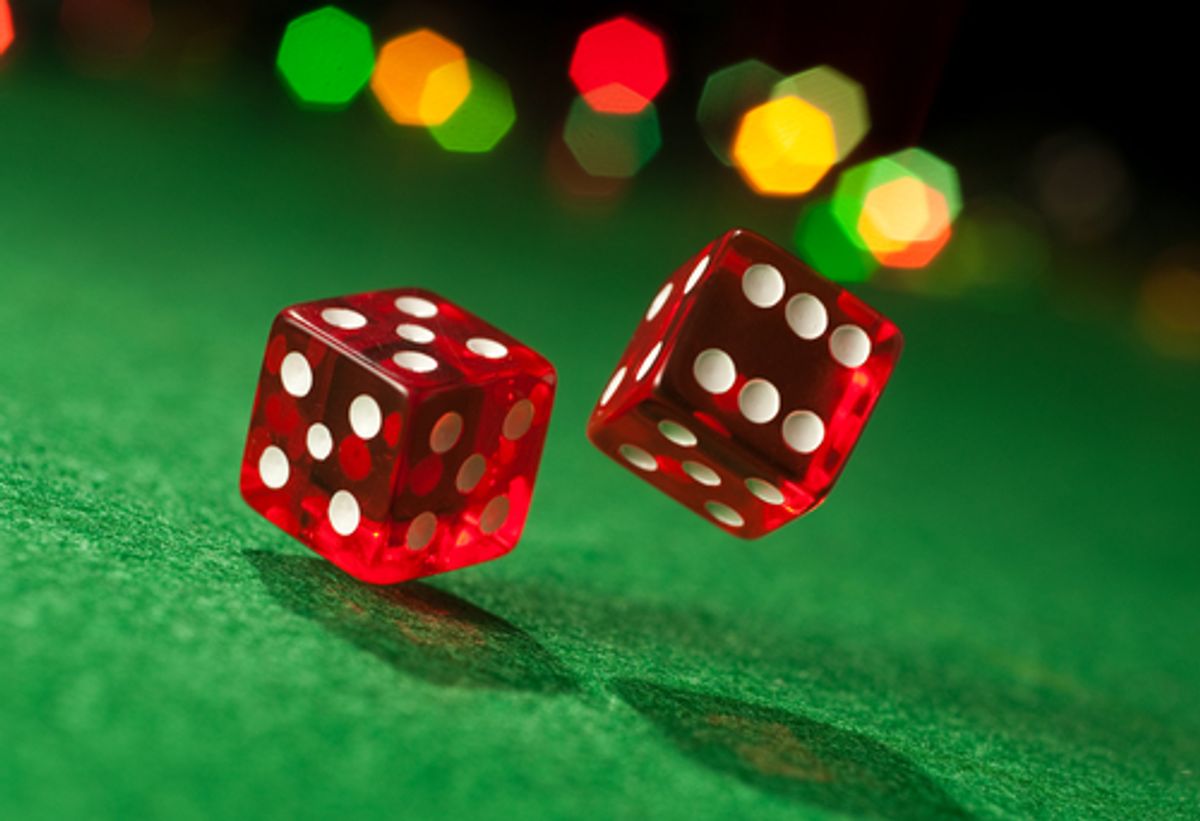 Recently, the American Academy of Addiction Psychiatry sent me a paper by a Dr. Richard Rosenthal, which contained what the author allowed was an "overwrought" scenario. A young crack addict has been given a choice. A man is holding a pipe in front of her and a gun to her head. Have a smoke, he says, and I pull the trigger. The addict responds: “Do I at least get to take a really big hit?”

The story is meant to illustrate the dissolution of willpower in addicts, a central point of the paper. The doctor goes on to remark that, "as a result of loss of control in the addicted state, people can make exceedingly bad and completely unreasonable decisions." You could take this argument further, however, and say that the woman here isn't making a bad decision at all, for the simple fact that there is no decision to be made. Sick as she is, the addict is no more able to resist her impulse than a Tourette's sufferer is able to control his tics.

The disease model of addiction is so widely accepted, it has become dogma. Drug Czar Gil Kerlikowske, director of the US Office of National Drug Control Policy, recently delivered a speech at the Betty Ford Center, in which he argued that drug dependency should no longer be viewed as a moral failing, but as a medical condition—which says something about the degree to which this idea has taken hold. "The disease of addiction, like other diseases, is chronic and organic," the Betty Ford website tells us. "It sites the brain as its target organ. It relapses. It remits. It is cunning, baffling and powerful."

There's some interesting semantic jiggery-pokery in the above statement, not to mention some dubious science. While any reasonable person might buy into the idea that addiction is chronic and organic, a glitch in the brain's reward system, here we have addiction presented as an "it," a cancer-like entity, perhaps, that somehow moves into, and subsequently corrupts, the brain. And that's not all—take another look at the language: It relapses, not you; it is cunning, not you. In fact, there is very little of you left in this analysis. It's as if you've been possessed by a demon spirit.

As a compulsive gambler, I find a certain appeal in the idea that there’s a foreign entity burrowing inside me. Like all addicts, I carry misery around like a stink. And, like all addicts, I am a fantastic liar. I lie constantly, atrociously, both to hide the results of my habit and to ensure that it can continue. And the person who most readily swallows this line of bullshit is me. I cannot count the number of times I’ve had my last spin, made my final trip to the ATM. And every time these lies are exposed for what they are, every time I've made decisions that hurt not only me, but my family, the post-spree self-recrimination has grown increasingly damning. I am, by popular internal decree, a bad, bad man.

One of the much-touted benefits of the addiction-as-disease model is that it helps mitigate these feelings, which are thought to stoke a fundamental psychological aspect of addictive behavior: The belief that you are damaged goods, that you don't deserve better. For sure, I started to feel a lot more positive about myself when I accepted that I had an illness rather than a rotted out moral framework. I also started coming to terms with the notion that, because this illness had rendered me powerless to my gambling, the only solution would be to stop completely. Hurrah!

Only I didn't stop. In fact, as I entered into that important phase of accepting that there's something catastrophically wrong with me, my problem worsened. And I think I know why. You see, by ascribing to the idea that there is an it inside me, a demonic being that overrides free will and makes me do these terrible things, I divested myself of responsibility. In doing so, I created the Mother of All Rationalizations. I can now go home after a disastrous night and tell myself that I'm the victim here, which somehow makes it easier to go out and do it all over again.

Dr. Alex DeLuca, a New York-based addiction specialist, has heard this story before. "Ah," he says, "it turned on you, huh?" He goes on to point out that my biggest problem stems from the fact that, having identified my condition, I failed to do anything about it. "You've fallen into a binge pattern: 'Oh well, I'm down to zero days, so may as well go mad, have a cry, then start again tomorrow.' That's harmful. You need a good therapist."

Maybe so. But it seems to me I will also need to do a little internal adjusting on my own behalf. And part of this will be accepting that, contrary to the received wisdom among addiction specialists, a little self-loathing can be a good thing. At least that crushing sense of moral failure serves as some form of deterrent, and suggests a degree of agency on my part. "I couldn't agree more," says Damian Thompson, a U.K. journalist and recovering alcoholic, who this year published a book titled (no relation to this magazine) The Fix. "A little self loathing is the only thing that stops me from indulging in various addictive behaviors."

Thompson's book is highly critical of the addiction-as-disease model, particularly with regard to the way it tends to gloss over free will and personal responsibility. "You cannot apologize for human behavior as easily as the 12-step people or the neuroscientists seem to think," he says. "Nobody is compelled to do these things. Even if someone has a gun to your head, you're still making a choice. It may be a highly predictable one, but in philosophical terms it's not what you can call a true compulsion."

While Thompson allows that there may be benefits to viewing addiction as an illness—"It helps people make sense of the random and rather frightening things happening to them"—he also believes that, in explaining away people's bad decisions, it can hinder their ability to make good ones. "I had a friend who kept relapsing, going in and out of clinics, having the disease model shoved down his throat," he says. "In the end he stopped for practical reasons: He got married and had kids. No one's been able to explain to me how someone with an organic disease was able to help himself through the exercise of free will."

Alex DeLuca, like Thompson, takes issue with the flexible scientific principles underlying the disease model of addiction, but he doesn't dismiss the idea altogether. "I think it's a nice story that can be used to get people in the door," he says. "It's like the nursery rhymes that teach children how to read. But once you've learned, you have to go and find the real story. So let the fairytale bring you to the awareness that you are in trouble, then start getting professional help."

Professional help's a start, but the fact remains that all the treatment in the world isn't going to remove the addict from temptation. Avoiding the bars and the betting parlors requires willpower, the element of choice. As effective as the disease model has been at reducing the stigma associated with addiction, it has also diminished a couple of important elements in the recovery process: The sense that we are ultimately in charge of our own destinies, and that we must accept responsibility for our actions. Sure, this approach may cause us to bang our heads against the wall from time to time, but that may be just what the doctor ordered.