Starry-eyed reformers have found yet another panacea for saving our school system: parent-trigger laws 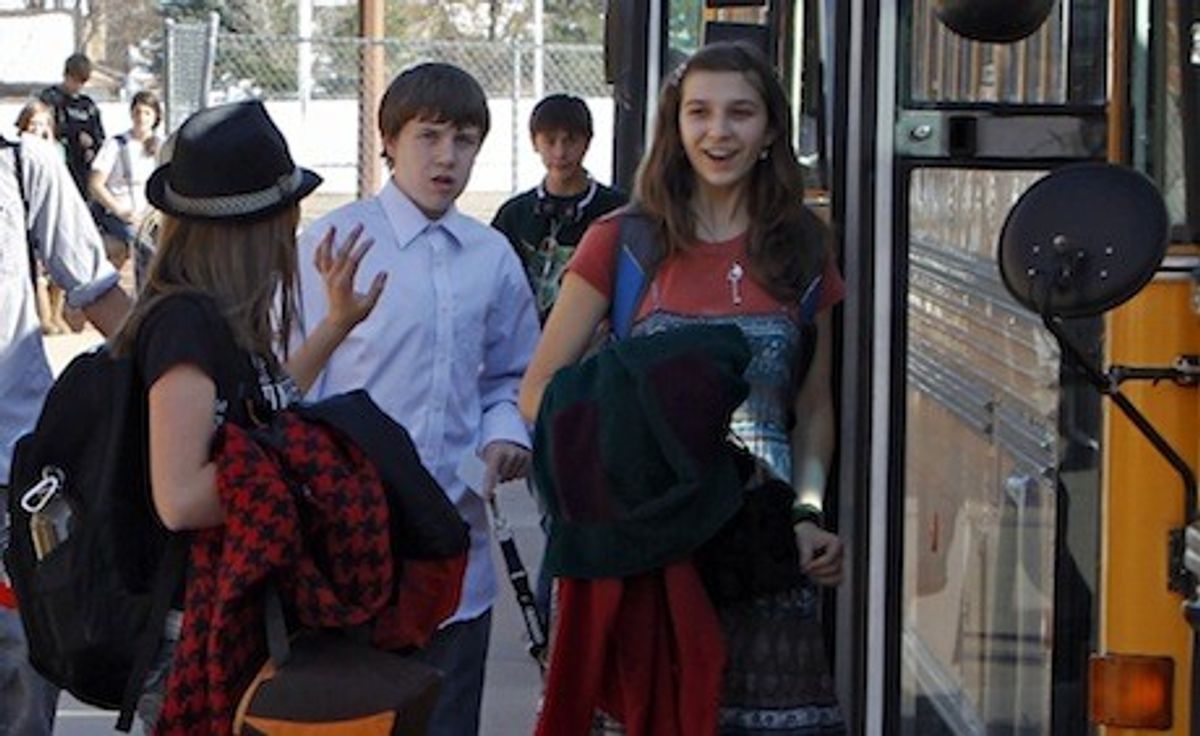 When her dyslexic second-grader landed in a failing public elementary school in Pittsburgh, single mother Jamie Fitzpatrick spotted trouble right away. Her daughter’s teacher spent class time shopping online for clothes while the kids bullied one another. Though other teachers wanted to do right by the kids, their union wouldn’t allow it; teachers were forbidden to offer any extra help to the students outside of class, and because their pay was based on seniority, some of the worst made the most. So despite working two jobs, Fitzpatrick somehow found the time to persuade other parents to sign a petition to turn the school into a nonunion charter. Most teachers joined the effort, perfectly content to give up their union protections. At the new charter school, magic happened. The kids began to get a proper education. Fitzpatrick’s daughter learned to read almost immediately.

It’s an inspiring tale. It’s also fiction—the plot of Won’t Back Down, a film released this fall starring Maggie Gyllenhaal as the supermom and Viola Davis as a frustrated teacher who becomes her ally. Like most people, you probably steered clear of this critically panned box-office flop. If so, you didn’t miss much—except a revealing glimpse into the Hollywood-style fantasies of education reformers who believe they have found a new panacea for saving public education: parent-trigger laws.

These laws sound appealingly straightforward. If enough parents sign a petition, they can get their children’s failing school shut down or converted into a charter. Seven states have passed a parent trigger over the last two years; more will likely follow suit next year. These laws are designed to make public education increasingly look like the free marketplace of parental “choice” that reformers long to see. The idea has powerful backers, including conservative groups like the American Legislative Exchange Council (ALEC)—best known for “stand your ground” self-defense laws—and the Heartland Institute, famous for challenging climate science. Walden Media, which produced Won’t Back Down and funded the charter—school documentary Waiting for Superman, is owned by Philip Anschutz, an ALEC supporter and prominent Tea Party funder.

Parent trigger is not solely a right-wing cause. Democratic legislatures in Connecticut and California have passed these laws, the U.S. Conference of Mayors has unanimously endorsed them, and 70 percent of Americans view them favorably. The broad support is no surprise. If parents organize to make radical changes to a failing school, who would want to stop them? But many who back parent-trigger laws don’t realize that the effort has become a stealth means to privatize public schools. Heartland, which owns the website theparenttrigger.com, has crafted model legislation for trigger laws that apply to all schools—not just those that are failing. That might be a logical, if drastic, response if public schools were mired in the deep “crisis” that education reformers constantly cite. But they’re not: Many achievement gaps have narrowed substantially, test scores have risen, and high-school completion rates are at all-time highs.

Won’t Back Down, like the movement it champions, begins from the assumption that public schools are a hopeless mess. The complicated challenges that public educators grapple with—severe budget cuts, for instance, or health problems that make learning a particular challenge for low-income kids—are nowhere to be seen. Meanwhile, parents are exempted from responsibility. Jamie Fitzpatrick never volunteers to help out at the school. She doesn’t go to PTA meetings. She never even asks about her daughter’s homework. Gyllenhaal’s character is not so much a parent as an unhappy customer demanding a better school.

Anyone who believes in the school-reform fairy tale of Won’t Back Down should be required to watch another film released this fall to much less fanfare. This one doesn’t feature an Academy Award winner or a soundtrack of No. 1 hits. Instead, Brooklyn Castle chronicles a messy reality—that of Intermediate School 318, a Brooklyn middle school where 70 percent of the kids live below the poverty line, and where funding cuts are threatening the after-school activities that are key to getting many of them engaged. That includes the school’s chess team, which is, improbably, among the best in the country.

In most respects, I.S. 318 is ordinary. It’s not a magnet school or a charter, but it’s also not failing. The kids featured in Brooklyn Castle have real problems: They struggle with ADHD, asthma, and hunger, and many must work after school to help their parents make ends meet. Teachers and administrators encourage the students, helping to set goals for each one. When after-school programs are endangered, the parents rally, launching a letter--writing campaign to state officials and organizing a walkathon to raise money. I.S. 318, like most public schools, succeeds because the community invests in it, without expecting perfection.

“I think this is a good thing for kids to be exposed to—the idea that truth isn’t quite so simple as right and wrong,” I.S. 318 teacher and chess-team coach Elizabeth Vicary says. “The answers aren’t really clear to anybody.” She’s talking about chess. She could just as well be talking about our entire approach to education. The quest for easy fixes is seductive. But the more we look for Hollywood-style magic bullets, the less we focus on what makes public schools work.