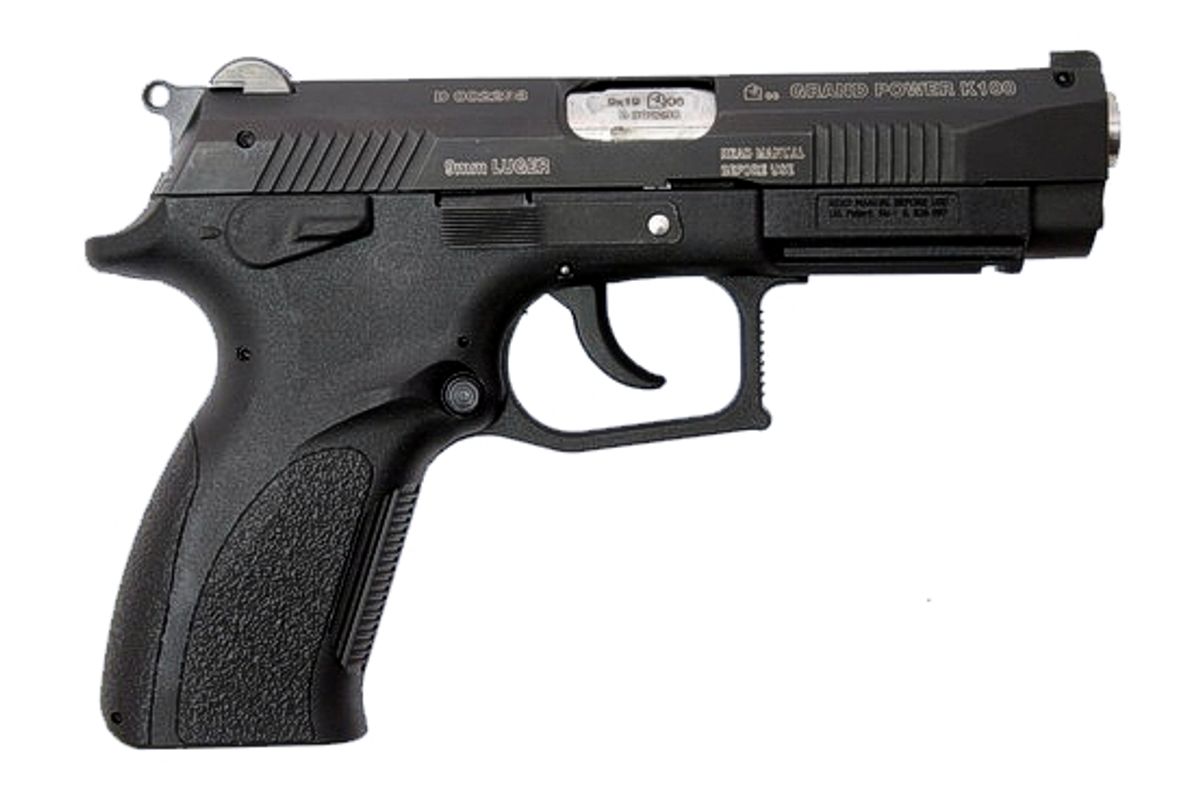 HENDERSONVILLE, Tenn. — When James Holmes carried out the latest in a series of grisly American mass murders by killing 12 people and injuring 59 others during a shooting rampage in a Denver movie theater last July, he used an AR-15 assault rifle and also carried two Glock pistols and a Remington shotgun — all American-made.

The United States produces the vast majority of firearms in this country. It's also the world’s leading weapons exporter by far.

America exported $336.5 million worth of firearms in 2011, according to customs data compiled by the Norwegian Initiative on Small Arms Transfers, NISAT. That’s $200 million more than Italy, the next leading exporter.

In addition to feeding booming gun sales at home, however, the insatiable American appetite for weapons is also responsible for fueling a burgeoning small arms industry around the world. Despite producing so many of its own weapons, the United States is also the top global importer, according to a recent report that indicates US consumers are helping drive a major increase in sales.

Compiling accurate information about an industry that's notoriously untransparent is exceedingly difficult. Figures vary widely between years and different surveys.  However, the Small Arms Survey, or SAS, an independent research group in Geneva, valued global small-arms sales for 2011 at $8.5 billion, more than double its 2006 estimate of $4 billion.

Although the increase partly reflects improved information gathering, the gun trade has undoubtedly expanded in recent years. The report identifies two primary sources: large government purchases for troops in Iraq and Afghanistan and increased spending by US civilians.

Matt Schroeder, who heads the Arms Sales Monitoring Project at the Federation of American Scientists, says the US “appetite for weapons” is one of the world’s largest and most diverse.

“There aren’t a lot of countries that are similar in terms of the quantities demanded and the types that are legally purchased here,” he said.

American small-arms purchases in 2009 accounted for 38 percent of the global total at $1.8 billion, more than 47 other leading importers combined, according to the SAS.

Private citizens provide the main source of demand for small arms around the globe. Of the 650 million firearms owned by civilians worldwide, more than 41 percent are in American hands.

It’s no surprise the United States has by far the highest proportion of guns per person, an estimated 89 civilian firearms per 100 residents.

Nic Marsh, a small arms expert at the Peace Research Institute of Oslo, says the explanation for the recent increase in US civilian purchases isn’t new customers entering the market, but that previous owners are buying more guns.

“Guns are relatively cheap for US consumers,” he says. “If you look at guns as sports equipment, ownership of one gun doesn’t rule out buying another.”

Other top importers of US guns include Canada, Thailand, Colombia and Australia, according to NISAT.

However, those figures are based on legal, government-approved transfers. Experts say a lack of data makes it difficult to come up with an estimate of illegal arms sales.

Matt Schroeder, head of the Arms Sales Monitoring Project at the Federation of American Scientists, says although thousands of guns a year probably cross the border into Mexico illegally, claiming anything more precise would constitute “going out on a precarious analytical limb.”

Even though Americans are the world’s biggest exporters and importers of small arms, however, the vast majority of US-made guns stay at home. The industry exported less than 4.5 percent of its new manufactures in 2010, according to the Bureau of Alcohol, Tobacco, Firearms and Explosives.

The ATF says US companies increased production by 2 million between 2006 and 2010, bringing the total to nearly 5.5 million.

Three manufacturers produce about a quarter of that total. The top maker of pistols and rifles, Sturm, Ruger & Company, has facilities in Arizona and New Hampshire. Other major players include Smith & Wesson in Massachusetts, which produces the most revolvers, and Maverick Arms in Texas, the leading shotgun manufacturer.

Those companies also top the list of American firearms exporters, shipping about 110,000 guns, or 45 percent of total exports, in 2010.

The lobby group Gun Owners of America declared in December 2008 that Obama would be the “most anti-gun president this country has ever seen,” saying his election had already “triggered a run on firearms in many gun stores across the country.”

Despite decrying gun violence, however, Obama hasn't pushed for gun control. His administration is also advocating new regulationis that would make it eastier to export weapons abroad.

Washington was chiefly responsible for the collapse of talks last summer on a UN arms trade treaty — a reflection of the vast political influence wielded by the US gun lobby, which is spending tens of millions of dollars to ensure the highly lucrative industry keeps expanding.

Despite his record, the National Rifle Association spent millions to defeat him and other Democrats running for office this year.

“Gun owners and hunters fear that a second Obama administration with no future political campaigns to worry about will try to destroy this great American freedom,” the AP reported NRA spokesman Andrew Arulanandam as saying.

The talks concluded with no agreement on the draft text after the United States refused to sign, saying it needed more time to review the text.

Jeff Abramson, director of the Control Arms Secretariat, said the US delegation’s actions were especially disappointing because the draft text satisfied all concerns Washington expressed during the negotiations.

“The best conclusion is that the Obama administration made a political decision to not deal with the treaty during an election cycle,” he said.

However, Abramson dismisses the NRA’s claim it “killed” the agreement, saying the strong American gun culture “makes it very difficult to have a rational conversation about regulations, even ones that do not impact US law.”

Marsh agrees politics don’t fully explain the industry’s influence. Although gun owners who rushed out to buy more firearms after Obama’s first election may have contributed to the sales boom, the spending reflects a “much deeper, underlying trend” that dates back to 2001 — and which he believes will continue for the foreseeable future.