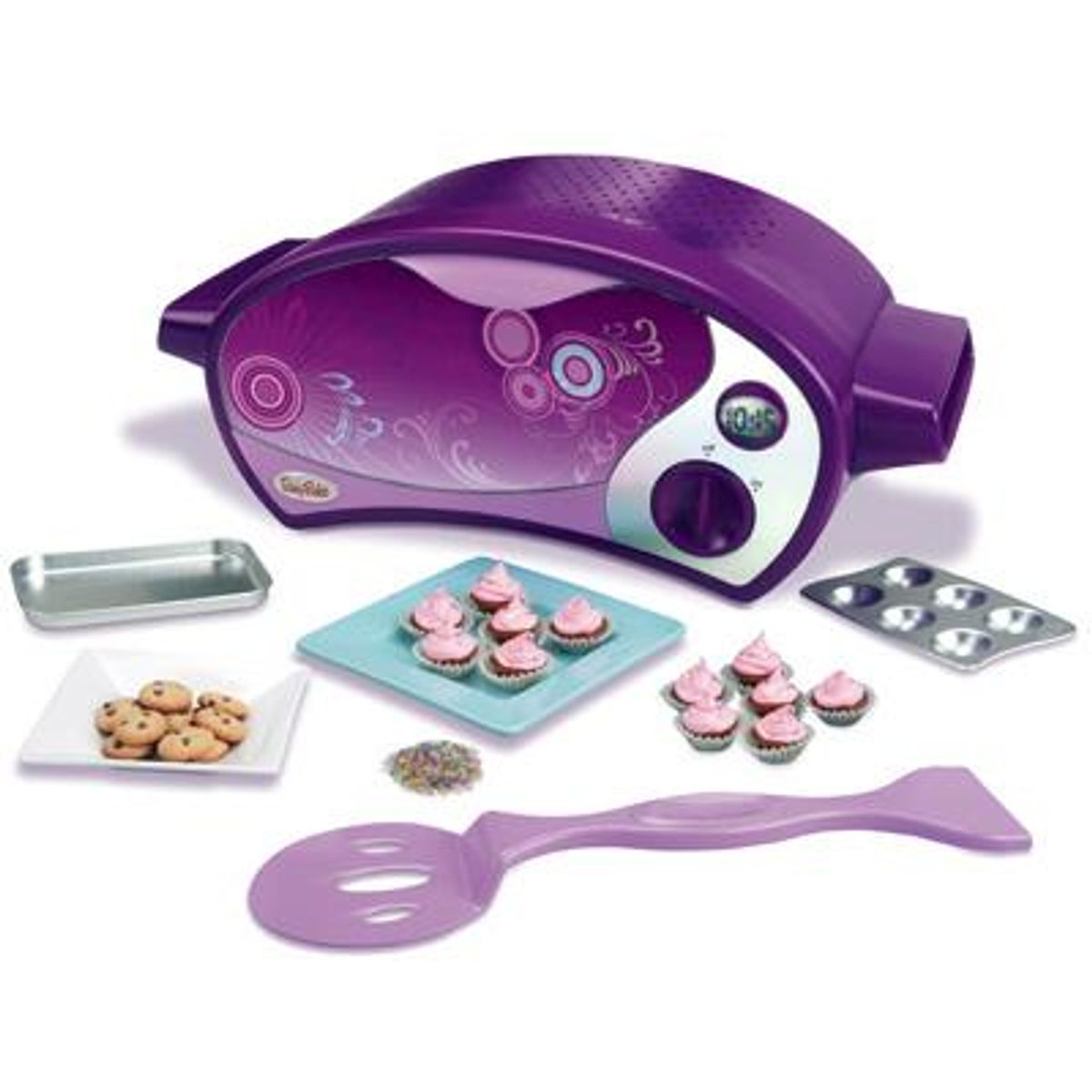 New Jersey eighth grader McKenna Pope is sick and tired of hearing that baking is girly. She knows that male celebrity chefs like Jamie Oliver and Alton Brown are no strangers to perfectly flaky pie crust, and Pope's 4-year-old brother, Gavyn, is no slouch in the kitchen, either. So when he recently asked Santa for an Easy-Bake Oven, McKenna noticed that boys weren't featured anywhere in Hasbro's advertisements for the mini-oven. On top of that, it only came in two colors: purple and pink. Feeling burned by the suggestion that only girls bake, the budding activist decided to do something about it.

McKenna started a petition on Change.org calling on toy manufacturer Hasbro to tone down the gender-typing on the Easy-Bake Oven. The open letter to CEO Brian D. Goldner might feature a pretty adorable video of Gavyn talking about baking (and dinosaurs!), but it's not kidding around. In response to the frilly colorway for the oven, McKenna writes:

I feel that this sends a clear message: women cook, men work. ... I want my brother to know that it's not "wrong" for him to want to be a chef, that it's okay to go against what society believes to be appropriate.

Please join me to ask Hasbro to feature males on the packaging and in promotional materials for the Easy-Bake Ultimate Oven, as well as offering the product in different, non gender specific colors, i.e. primary colors. ... Help me in creating gender equality, and help the children of today become what they're destined to be tomorrow.

The petition has already received more than 18,000 signatures, and reignited an online conversation about gender and equal opportunity for the playground set. Niche marketing trends have created an abundance of new target consumers -- from the invention of tweens to the advent of the male beauty connoisseur. So now we find ourselves with Bic pens made especially for "her," face lotion strong enough for "him" and an Easy-Bake Oven that went from its early-'90s palette of turquoise and brown to a sparkly, pink thing made exclusively for girls. (Really, read the press materials.)

Sure, Pope's petition is about a toy, but she's taking a stand against the more systematic problem of gender stereotyping that starts at birth and never really stops. If she's successful, Hasbro might introduce a blue Easy-Bake Oven so that a little boy like Gavyn (or a little girl who loves blue) can feel good about playing with it, but regardless of the result it's also a reason to think about what nonstop advertising teaches kids about gender, identity and their future.

What does Hasbro say? We'll update if we hear anything.