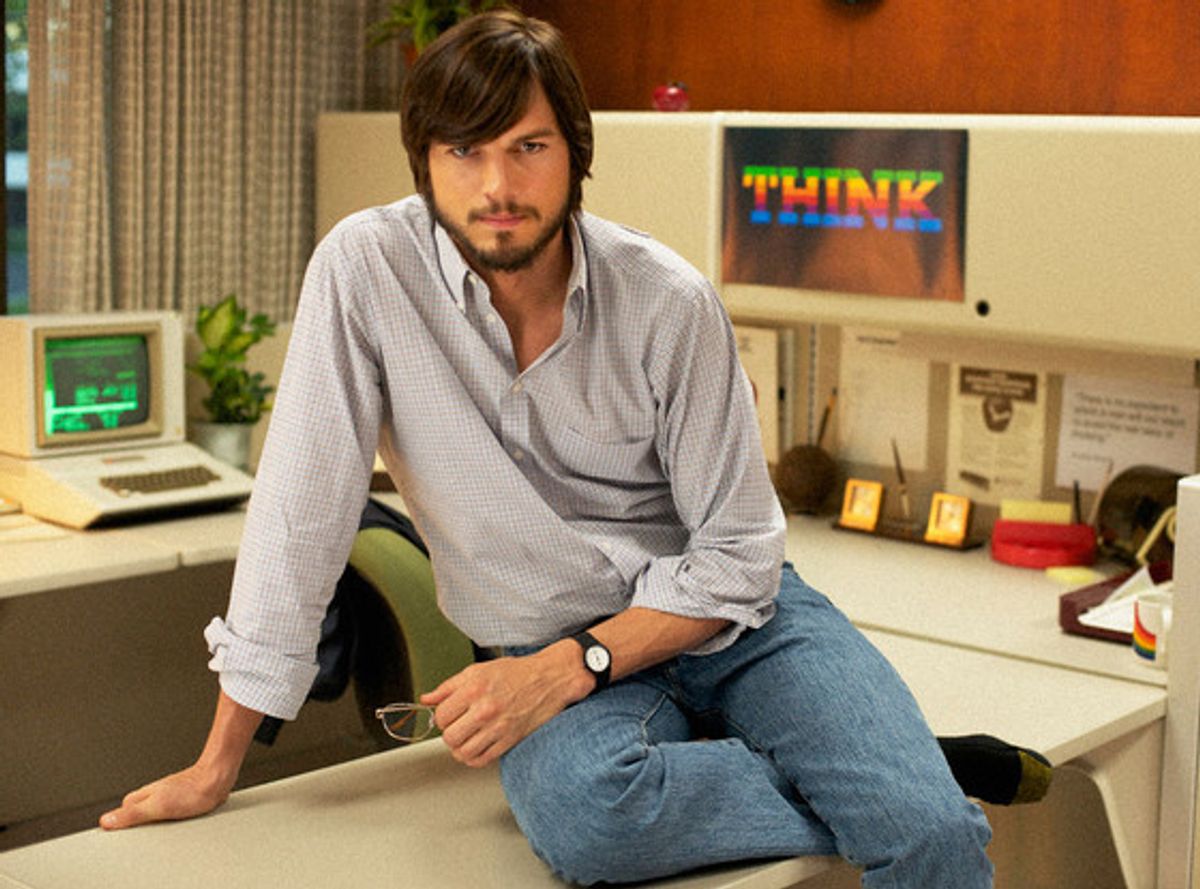 Sundance has released the first promotional photo for the Steve Jobs biopic, "jOBS." The movie aims to depict the "defining 30 years" of the late Mac inventor's life; the titular role has been awarded to 34-year-old actor Ashton Kutcher -- a far cry from the Hollywood star's rom-com and "Two and a Half Men" typical characters. On the surface, at least, Kutcher manages to pass as the young tech luminary.

The movie premieres at the Sundance Film Festival in 2013.