How not to "evolve" on immigration 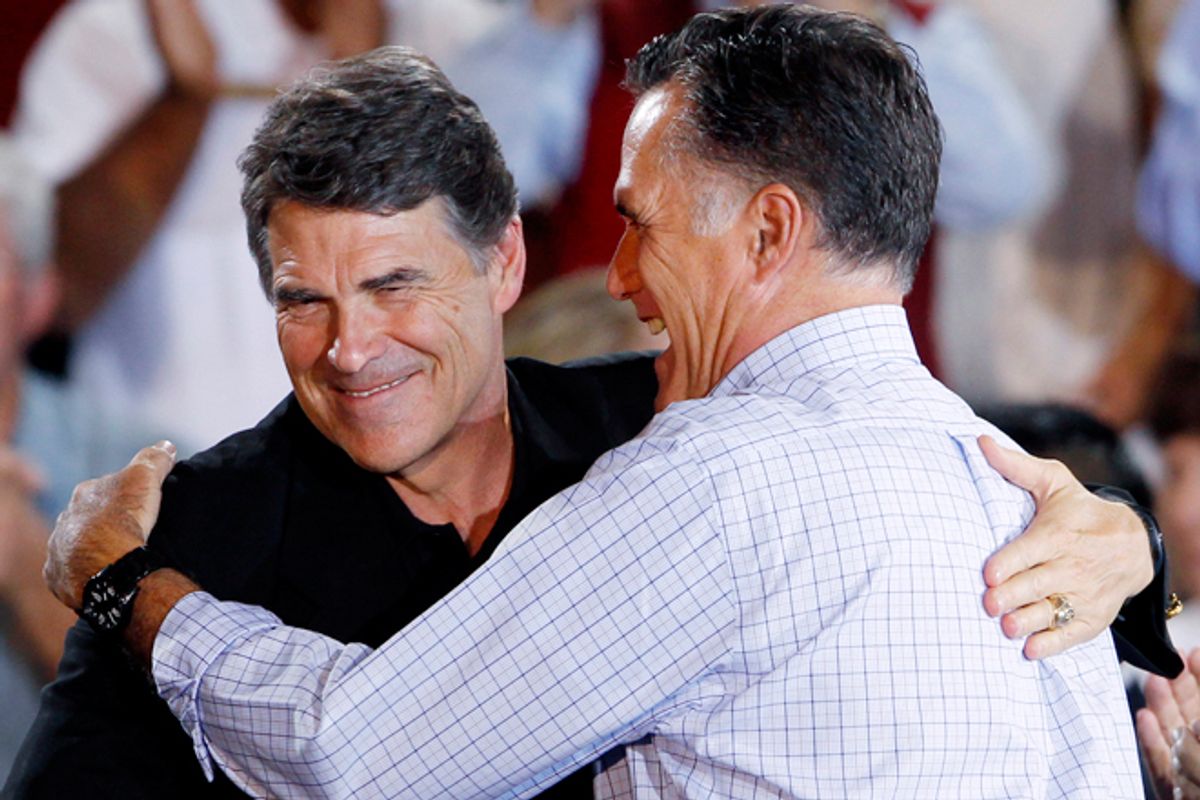 As the Republican Party licks its wounds from last month’s election and decides where to go from here, moderating on immigration has emerged as the top priority. The goal is to appeal to Hispanic voters, but if the move is a purely political ploy instead of earnest shift in thinking, then Republicans risk turning off the very group they are trying to appeal to. So they have to convince Hispanics that they've seen the light and are a ready to change.

This, however, won't help. At a conference of senior aides from both campaigns organized by the Harvard University Institute of Politics, Mitt Romney campaign manager Matt Rhoades tried to execute the shift, but gave away the game in the process. He said he regrets letting Romney move so far to the right on immigration, not because it was bad policy, but because it ended up being a tactical mistake. Jeff Zeleny reports:

When asked directly whether Mr. Romney regretted tacking to the right on immigration to appeal to conservative primary voters, the room fell silent. Stuart Stevens, a senior strategist to Mr. Romney, shook his head no. But after pausing for several seconds, Mr. Rhoades said, “I regret that.”

He went on to explain that the campaign, in hindsight, had been too worried about a potential threat from Gov. Rick Perry of Texas, who jumped into the race to challenge Mr. Romney as the jobs-and-economy candidate. For weeks in fall 2011, Mr. Romney hammered Mr. Perry on Social Security, particularly his calling the program a “Ponzi scheme” that should be overtaken by state governments. “In retrospect,” Mr. Rhoades said, “I believe that we could have probably just beaten Governor Perry with the Social Security hit.”

This moment tells us a couple of important things. First, Romney was as pliable as critics suspected, choosing policy positions based on political expediency. He needed to beat Rick Perry, so he attacked the governor from the right on immigration. Rhoades doesn’t even pretend that Romney took a principled stance on immigration. In fact, he doesn't say anything about the merits of the policy and what Romney actually believes about immigration (if such a belief even exists) is irrelevant. Rhoades' logic is basically that what wins elections is good policy. Presumably, if Romney had won, then Rhoades would not have regretted letting Romney tack to the right at all and his "self-deportation" rhetoric would instead have been a brilliant move.

It’s a backward way of thinking, but extends beyond Romney to the entire party. Sean Hannity, after years of demonizing “illegals,” suddenly  decided a few days after the election that he had “evolved” on immigration reform. House Speaker John Boehner, the Friday after the election, said, "This issue has been around far too long. A comprehensive approach is long overdue.” Sens. John Mccain, Jon Kyl and Kay Bailey Hutchison came out in support of a watered-down DREAM Act last week.