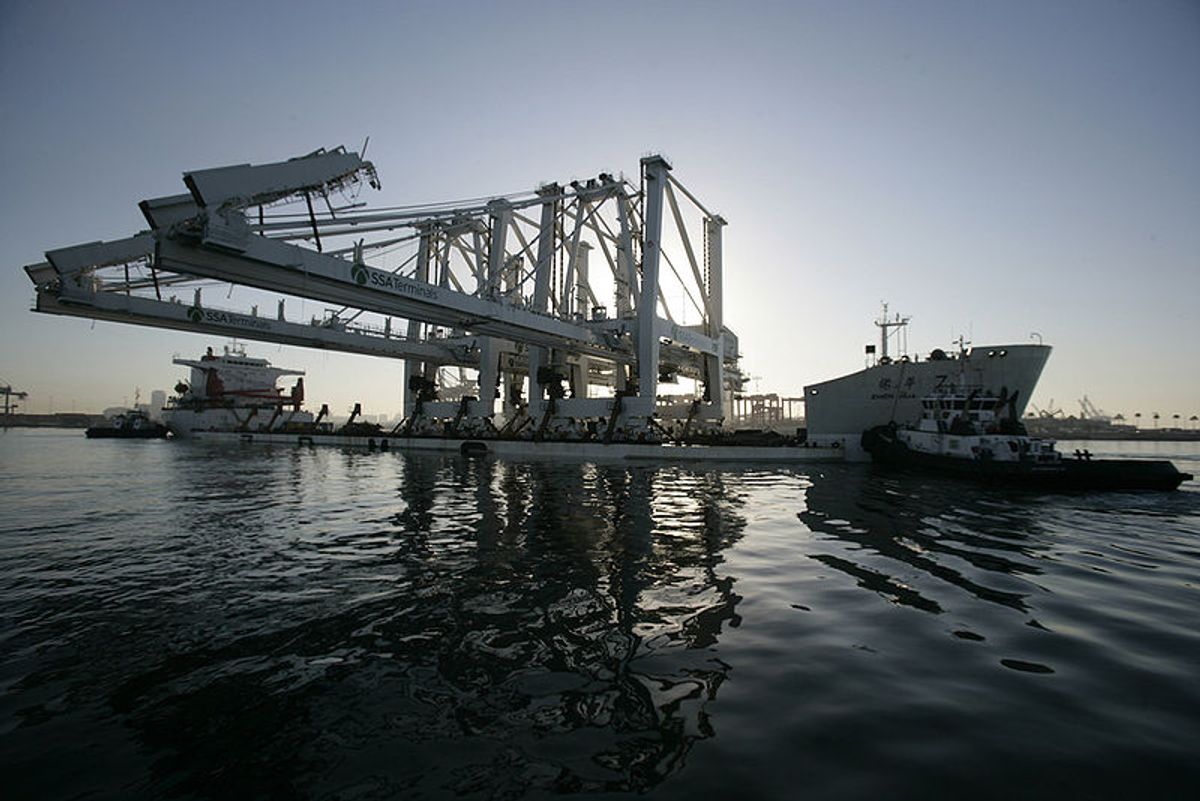 Clerical workers at the twin ports of Los Angeles and Long Beach will return to work Wednesday after an eight day strike which crippled America's largest shipping port. Federal mediators from Washington were called in earlier this week to aid negotiations between striking International Longshore and Warehouse Union Local 63 members and terminal operators. The deal, details of which are not yet public, awaits ratification by the union.

As the Los Angeles Times reported:

It ends a grueling battle between both sides that threatened to damage the fragile U.S. economy. Since the strike began, 20 ships diverted to rival ports in Oakland, Ensenada and Panama, while other freighters docked offshore waiting for a resolution... The strike began Nov. 27 as the clerical workers' union voiced frustration about shipping line employers outsourcing jobs, an accusation the Harbor Employers Assn. has denied.

Though the union is small, it was backed by the 10,000 regional members of the ILWU, which honored the picket line and refused to work. By the end, the strike shut down 10 of the 14 cargo container terminals at the nation's busiest seaport complex.

The clerical workers had been without a contract for two and a half years and framed the strike as a crucial juncture in securing future, decently paid jobs for union workers at the ports. "Union leaders said if future jobs were not kept at the ports, the result would be another section of the U.S. economy taking a serious economic hit so that huge corporations could increase their profit margins by exploiting people in other states and countries who would be forced to work for less," reported the AP.

The walkout, which is estimated to have stopped about $760 million a day in cargo from being delivered, is the latest in a series of ILWU industrial actions nationwide in recent years. ILWU local 21 won a series of battles  against multinational consortium Export Grain Terminal (EGT) to assure union jobs at the Port of Longview, Washington. Longshoremen also shut down the Port of Oakland for one day with Occupy support last year.