More babies won't save the economy

Instead of pressuring women to have more children, we should really be investing in the ones we already have 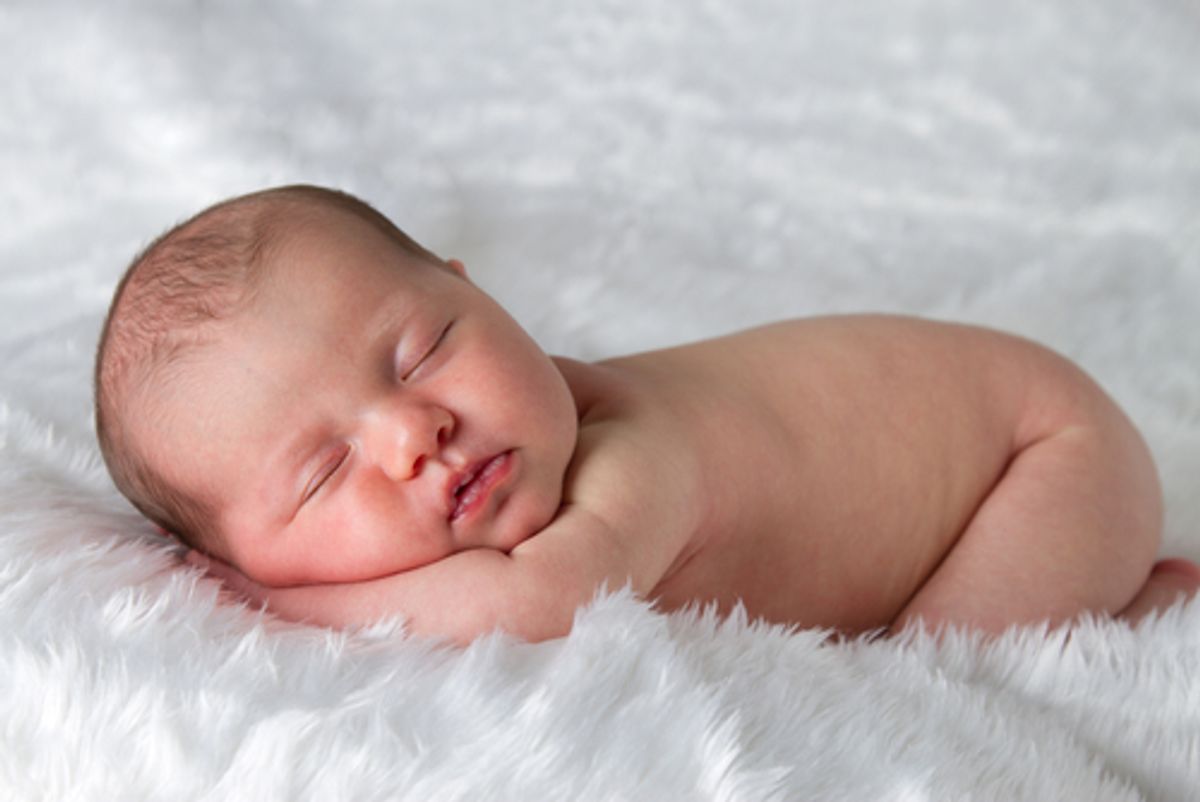 Ross Douthat, whose enthusiasm for 19th-century views on sexuality can always be counted on, struck again this weekend with another column addressing his favorite concern, the sadly empty uteruses of America. He was roundly criticized by feminists, including the Prospect's E.J. Graff. He outlined a belief that foolishly letting women decide how many babies they have will lead to American decline. The argument, always claimed to be made more in sorrow than in anger, is that women will simply have to give up on the advantages of limiting child-bearing so that we have enough young people around to take care of us when we’re old.

Douthat calls for an end to our modern, feminist ways, which he calls "decadent." But I would like to offer a better, more humane solution to the problem of a declining future workforce: Instead of simply flooding the market with babies to buoy the economy, why not invest—with public funds, as a community—in the ones we have to get the same results?

In order to work, Douthat’s argument reduces babies to economic units: “Today’s babies are tomorrow’s taxpayers and workers and entrepreneurs, and relatively youthful populations speed economic growth and keep spending commitments affordable.” It’s fair game, then, to question Douthat’s ready assumption that we’re going to do better with a quantity-over-quality strategy when producing our next generation of laborers and consumers.

The conservative economic and social policies Douthat favors would reduce the potential for each baby born. Two recent reports showcase how true this really is. The first, put together by sociologist Lisa Dodson and economist Randy Albelda, published for the Center for Social Policy at the University of Massachusetts-Boston, looks at how conservative preferences for undermining labor and bolstering corporate power to suppress wages affect the younger generations. What they found was that employers who pay low wages do so at dear cost to the children of their workers. Children of low-wage workers often neglect their own education to help their parents out, “effectively subsidizing” their parents’ employment as “health aides, janitors, food-service providers and retail clerks.” This, in turn, affects the kids’ ability to complete their education and become economically productive citizens when they grow up.

Another study from economic and sociological researchers Hilary Hoynes, Diane Whitmore Schanzenbach, and Douglas Almond for the National Bureau of Economic Research looked at the long-term outcomes of early childhood access to food assistance, programs like the Women’s, Infants, and Children food subsidy and food stamps. The researchers found that families who needed the assistance and got it had substantially better outcomes for children than those who did not. Not only did they have lower rates of nutrition-related diseases, but the girls who grew into women made more money, got more education, and were less dependent on welfare. If you want to frame it in the cold economic terms Douthat lays out, investing in each child paid off, increasing the long-term value of each economic unit, or what we liberals would call “people.”

In addition, another favorite conservative policy—high incarceration rates, even for non-violent offenders—means that a lot of human potential is being squandered. Not only are people not contributing to the Gross National Product, paying taxes, and consuming while in prison; they tend to struggle to find employment once outside of it.

There’s more than one strategy to produce a younger generation that has plenty of people making money, innovating ideas, expanding our tax base, and buying goods to keep the economy churning. A well-paid, job-creating workforce in the future can do as much to take care of an aging population as a low-paid labor force can. Conservatives can push high birth rates along with low average per-baby public investment, but they will have a hard time finding volunteers among a population that can’t afford them. (Luckily for them, conservatives also prefer policies that would force women to give birth whether they like it or not.)

Then there’s the high per-baby investment strategy—helping to fund nutrition assistance to low-income families, providing publicly subsidized child care, a robust public education system, support for working parents—which often has the side effect of raising the birthrate by making the prospect of raising kids more enticing. To be fair, Douthat reluctantly devoted a single paragraph to this strategy between bouts of wailing over decadent Americans running away from “a child-centric understanding of romance and marriage.” Even then, he only mentioned investing in middle class babies by suggesting tax breaks, while ignoring more immediate interventions like food and housing assistance that would raise the economic potential of babies born to lower-class parents.

Douthat’s policy preferences, as outlined in his many columns, are dehumanizing and inhumane, but they’re also incredibly inefficient. If the reason to make more children is to create more economic activity, what good is it to have a huge chunk of those children steered into low-wage jobs, or worse, into prison, that keep them from contributing very much to either consumer spending or the tax base? A better, less wasteful strategy would be to let people have small families without guilt tripping them or stripping them of their reproductive rights, and treating each child like the precious commodity everyone claims to believe she is.  By embracing a system that doesn’t reduce people to economic units, we can, ironically, make them more productive.