"The Daily Show" takes on the "Cliffpocalypsemageddonacaust" 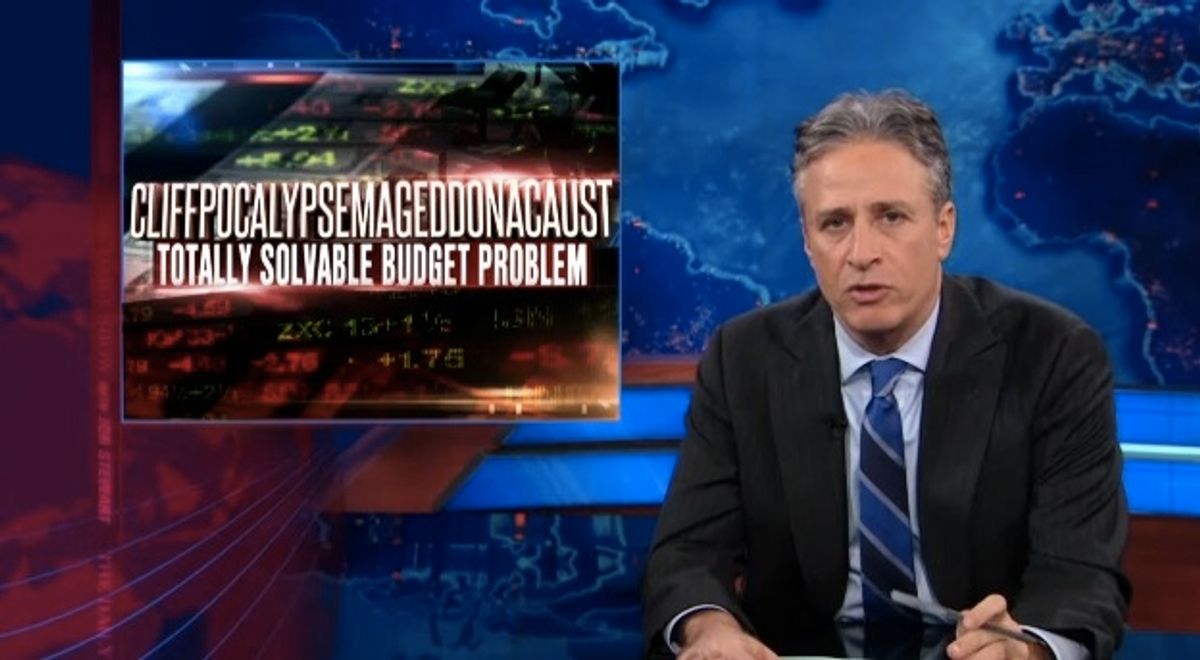 Jon Stewart looked at the GOP's counter-offer in the ongoing "fiscal cliff" negotiations, and concluded: "Basically they're trying to entice the Democrats by saying, 'I don't want you to fall off this cliff, so why don't you voluntarily jump off this steeper cliff? But don't worry, your fall will be cushioned by lava."