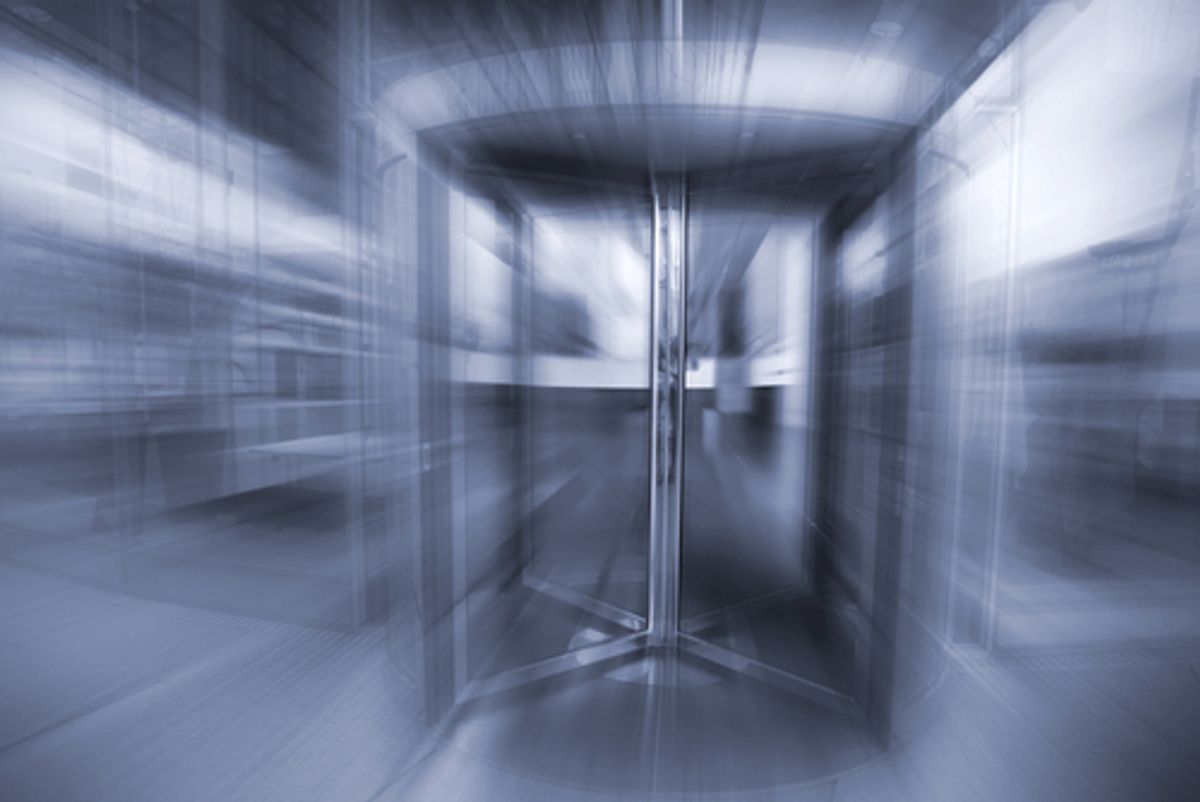 Liz Fowler, well known as the architect of President Obama's Affordable Care Act, never really left the healthcare industry. Before and after working as chief health policy counsel for Sen. Max Baucus (the position from which she drafted Obamacare), Fowler worked for the nation's largest health insurance provider Well Point. She was then appointed by Obama to oversee the implementation of her Obamacare legislation and now, as Glenn Greenwald flagged Wednesday, will be taking up a senior position with Johnson & Johnson.

The pharmaceutical giant that just hired Fowler actively supported the passage of Obamacare through its membership in the Pharmaceutical Researchers and Manufacturers of America (PhRMA) lobby. Indeed, PhRMA was one of the most aggressive supporters - and most lavish beneficiaries - of the health care bill drafted by Fowler. Mother Jones' James Ridgeway proclaimed "Big Pharma" the "big winner" in the health care bill. And now, Fowler will receive ample rewards from that same industry as she peddles her influence in government and exploits her experience with its inner workings to work on that industry's behalf, all of which has been made perfectly legal by the same insular, Versailles-like Washington culture that so lavishly benefits from all of this.

Fowler's dizzying spins through the Washington/healthcare industry revolving door dampen any arguments that aim to frame Obamacare as a progressive victory over health insurance companies. "Whatever one's views on Obamacare were and are," noted Greenwald, "the bill's mandate that everyone purchase the products of the private health insurance industry, unaccompanied by any public alternative, was a huge gift to that industry." Now Fowler will bring her gifts -- connections, influence and deep insider knowledge -- to Johnson & Johnson.