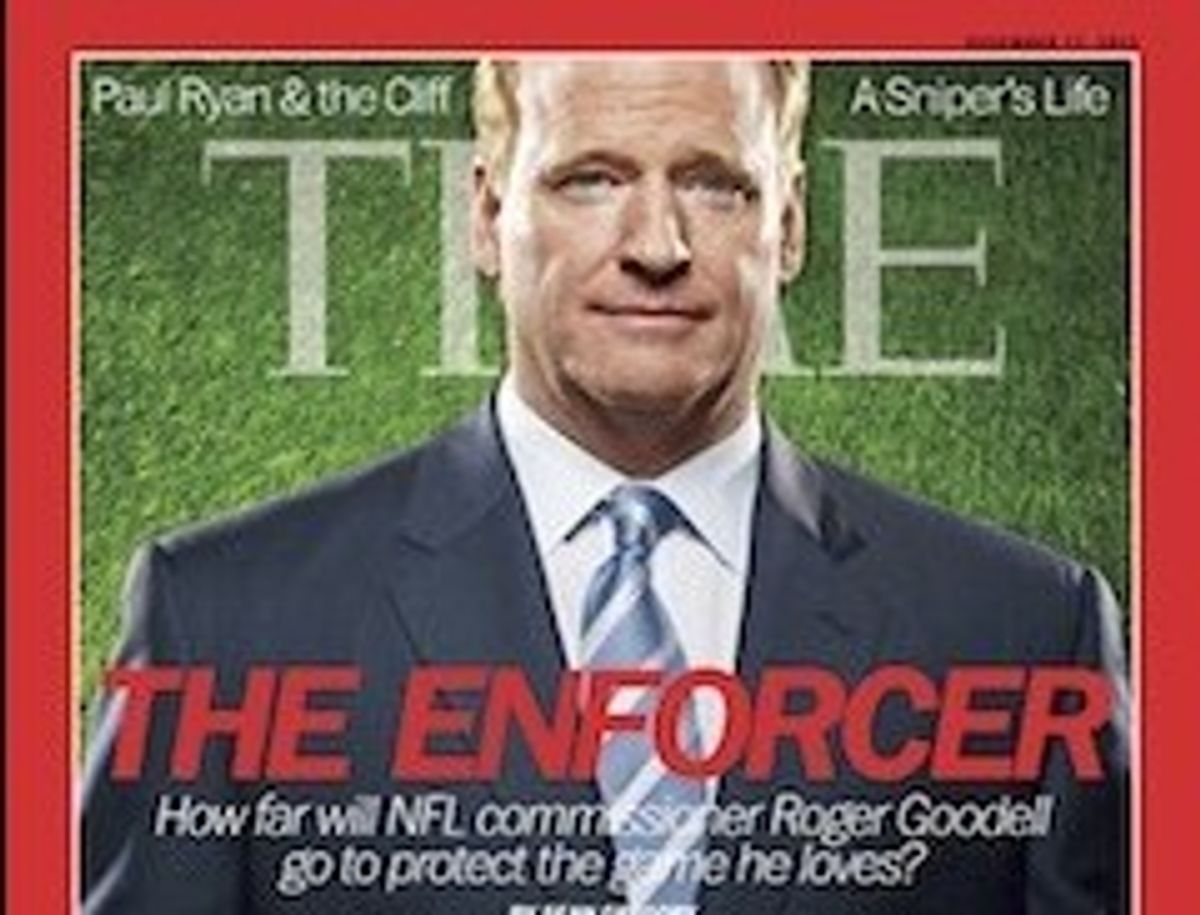 For an organization facing at least one existential crisis, the NFL is thriving.

Time magazine’s cover story (Subscription required) looks at NFL Commissioner Roger Goodell’s mission to maintain the game’s popularity and wild profitability despite evidence that for many players its lasting impact is immense suffering and early death. The latest freak tragedy came last weekend when Kansas City Chiefs linebacker Jovan Belcher killed his girlfriend before committing suicide. Though Belcher’s death has not been convincingly tied to the NFL’s greater problem of tackle-related concussions, it’s not a becoming association for a sport desperate to rehabilitate its image. Belcher was the fourth player or former player to commit suicide in eight months.

Football has always been a dangerous assault but after decades the status quo is under assault. Time:

The NFL is being sued by some 4,000 ex-players, plus nearly 1,500 of their spouses and children, who allege that the league “deliberately ignored and actively concealed” information about concussions for decades.

A recent Boston University study found additional cases of the degenerative disease chronic traumatic encephalopathy (CTE) in deceased players. Time asserts that “after years of downplaying the dangers of concussions, the NFL has instituted policies and rules to reduce the risk of long-term injury.” And with something resembling candor Goodell said “It doesn’t take a lot to jump to the conclusion that constant banging in the head is not going to be in your best interest.”

But how much “constant banging in the head” is America willing to tolerate? Few will compIain about stricter rules on when concussed players must be pulled from games, but Goodell is also toying with more radical fixes like eliminating kick-offs, iconic, kinetic plays that also have high injury potential:

After a touchdown or field goal, instead of kicking off, a team would get the ball on its own 30-yard line, where it’s fourth and 15. The options are either to go for it and try to retain possession or punt. If you go for it and fall short, of course, the opposing team would take over with good field position.

The commissioner balances this trial balloon with an awareness that football fandom involves a certain amount of blood lust; he doesn’t want fans flipping channels and allegiances to Ultimate Fighting. Goodell told Time that football would retain its essentially violent nature: “We’re a far, far cry from touch football.” Reporter Sean Gregory added: “Can a commissioner who has proposed a longer regular season—which would mean more head banging—and put a violent game in the hands of under­qualified scab referees really claim to care about keeping players safe?”

Professional football will never be safe. It will always require very large men to enhance their bodies to the limits of human capacity (even if they adhere to the law and league rules) and then these supermen crash into each other at maximum speed. It will still involve the modern equivalent of gladiators, sacrificing themselves for glory and impressive if short-lived paydays.

One could argue that those are the decisions that adults in a free society should be allowed to make, though no one associated with the NFL is likely to do so in such terms. But that’s the status quo and that will continue until the league, the fans and the industry show as much support for individual players as they do for the game.