With the writing on the wall, radical Republican Senator Jim DeMint steps down to head up a conservative think tank 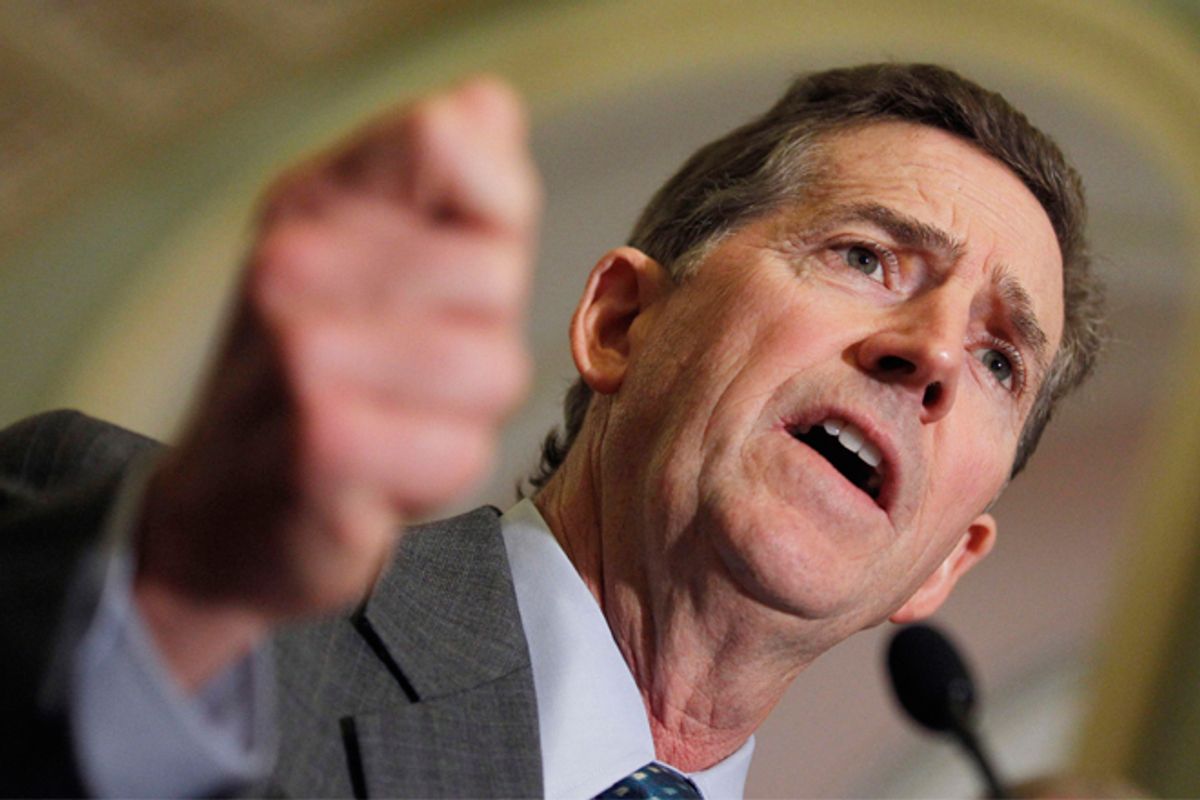 Prominent conservative Sen. Jim DeMint, R-S.C., is stepping down from his seat to head up the conservative Heritage Foundation, the Wall Street Journal reports.

DeMint will leave in early January, meaning that it will be up to South Carolina's Republican Gov. Nikki Haley to appoint a successor, who will have to run in a special election in 2014. DeMint was reelected in 2010, but already announced he wouldn't seek another term.

In an interview preceding the succession announcement, Sen. DeMint said he is taking the Heritage job because he sees it as a vehicle to popularize conservative ideas in a way that connects with a broader public. "This is an urgent time," the senator said, "because we saw in the last election we were not able to communicate conservative ideas that win elections."

"This really gets my blood going again thinking about the possibilities. This is the time to elevate the conservative cause," he told the Post.

DeMint will be replacing Ed Feulner as president, and according to Heritage's latest 990, Feulner took home around $1,025,000 from Heritage in 2010, plus over $66,000 from related organizations.

DeMint is one of the most outspoken conservatives in the Senate, previously saying things like sexually active unmarried women and gay teachers should be banned from classrooms, as well as comparing Chicago union protesters to those who attacked the U.S. consulate in Benghazi. But though he was a key backer of Tea Party candidates in the 2010 midterms, this time around both DeMint and the Tea Party as a whole saw their influence waning and their chosen candidates losing. Most notably, DeMint eventually offered his endorsement to failed Missouri Senate candidate Todd "legitimate rape" Akin.

Erick Erickson of RedState said that he initially reacted to the news with "sadness," but compared DeMint leaving the Senate to Obi Wan Kenobi dying in Star Wars: "If [Mitch] McConnell smiles at hearing the news Jim DeMint is leaving the Senate, he should remember Obi Wan Kenobi telling him . . . errrr . . . Darth Vader, 'If you strike me down, I shall become more powerful than you could possibly imagine.'" Erickson wrote. "Jim DeMint’s power in the conservative movement just grew exponentially. A man who was going to retire in four years anyway, will now be leading the conservative movement from its base of operations for years to come."