The newsletter attacked Obama for meeting with MSNBC pundits 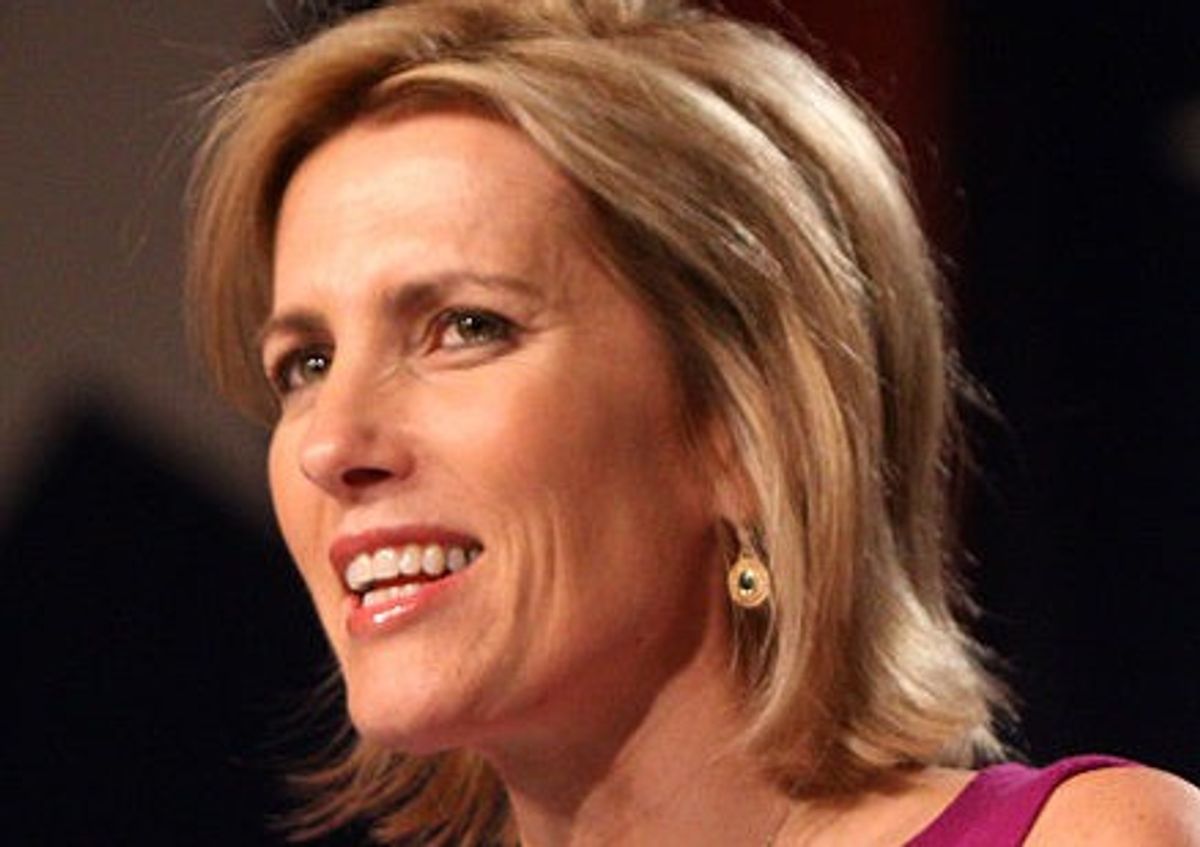 A newsletter for conservative talk show host Laura Ingraham attacked President Obama for meeting with MSNBC pundits after the election, but left out the fact that George W. Bush met with conservative analysts -- including Ingraham herself -- in 2006.

"If Fox News hosts and conservative personalities had stopped by the Bush White House to discuss policy" the media "would have been rightly outraged," Ingraham's Dec. 5 newsletter said. "Given MSNBC's history of blatantly promoting the DNC's talking points and spewing left-wing talking points, maybe it's time they just became Obama's official mouthpiece."

As MediaMatters points out, in October 2006, the New York Times reported on a meeting between President Bush and several conservative radio hosts, including Sean Hannity, Mike Gallagher, Neal Boortz and Ingraham.

The Times described the meeting:

For an hour and a half, Mr. Bush discussed his case for the war in Iraq, his immigration proposals and even the personality of his Scottish terrier Barney, who scratched on the door during the session until the president relented and let him into the office, according to several hosts who attended.

A producer for Ingraham's show told MediaMatters that Ingraham's newsletter is written by staff members while she is on hiatus, and defended Ingraham's meeting with Bush:

Although I didn't know Laura had visited the Bush White House with other conservative radio hosts, the circumstances of her meeting the president were quite different. Laura did not go to the White House to advise the president, but was simply briefed on policy for perhaps an hour. More importantly, it wasn't in the middle of a critical period when the President should be meeting with members of Congress to discuss resolving something as important as the fiscal cliff. The gist of the Daily Fix was that President Obama was neglecting crucial negotiations to meet with liberal members of the media, and that point still stands.

According to White House deputy press secretary Josh Earnest, the MSNBC hosts were also briefed on policy, and were not "advising" the president: "This afternoon at the White House, the President met with influential progressives to talk about the importance of preventing a tax increase on middle class families, strengthening our economy and adopting a balanced approach to deficit reduction."