Marijuana legalization kicks in for Washington

Crowds gathered at midnight in Seattle for celebratory joints, but the law is still under review 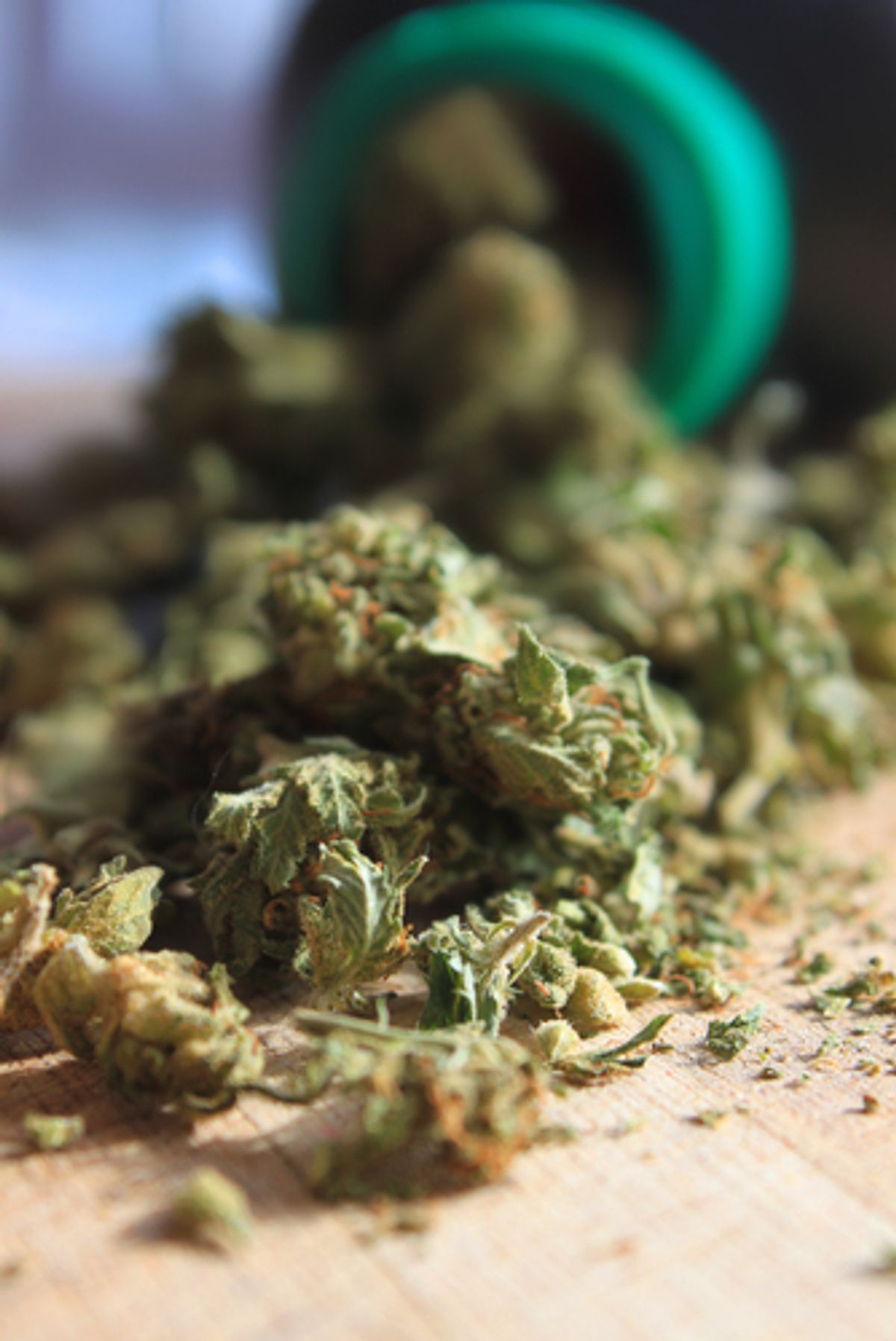 Marijuana legalization went into effect Thursday in Washington state and, according to reports, hundreds gathered under Seattle's Space Needle to spark up in unison as the clock struck midnight.

Last month, voters in Washington and Colorado chose to legalize the possession of small amounts of marijuana to adults aged over 21. In both states licenses will be granted to pot growers and sellers to legally distribute the product, which, like alcohol and tobacco, will be taxed. Colorado's legalization measure is set to go into effect early next month. Smoking pot in public remains illegal in both states but, as the AP noted, there was "nary a police officer in sight" during the celebration early Thursday morning -- the Seattle Police Department told its 1,300 officers that until further notice they were not to issue citations for public marijuana use.

"Tonight is a night for celebration, reflection, and appreciation," Vivian McPeak of cannabis policy reform group Seattle Hempfest wrote in the Seattle Post Intelligencer. "There will be plenty of time for the struggle to end these archaic, Orwellian laws that make criminals out of decent people, and complete the task of legalization," she added, highlighting that the implementation of legalization measures is "only the beginning of the end."

While personal possession of up to an ounce of the drug is now legal, the state is yet to put the mechanisms in place to allow for legal selling. According to the AP:

I-502 [the legalization bill] gives the state a year to come up with a system of state-licensed growers, processors and retail stores, with the marijuana taxed 25 percent at each stage. Analysts have estimated that a legal pot market could bring Washington hundreds of millions of dollars a year in new tax revenue for schools, health care and basic government functions.

The Seattle Times called it "a strange gap year in Washington’s grand experiment" -- namely that recreational marijuana could be legally possessed, but not sold, posing questions about legal procurement until state sanctioned vendors are established. "The only clearly legal way — at least, under state law — is for a medical marijuana patient to get medicine from a collective garden," the paper noted. But as Seattle City Attorney Pete Holmes acknowledged Wednesday, "Washington state is awash, as are most states, in marijuana, which is one of the points about what prohibition has failed in its purpose."

Meanwhile, although marijuana possession remains illegal under federal law, the Department of Justice has not moved to block legalization measures in either Washington or Colorado. But the DoJ asserted that federal law remains unchanged and the state laws are still being reviewed. As Hempfest's McPeak put it, legalization going in to effect in Washington is "a huge deal, a potential game changer, but only if people realize that this is in no way the end of pot prohibition."

This video captured the festive scene in Seattle last night: